Cadillac Fairview is planning to fence off the Fairview Forest, after all it is private property. Pointe-Claire development debate continues after trees cut down in Fairview...

Residents in Pointe-Claire say they're saddened and dismayed to see trees have been cut down in the Fairview Forest, just two months after the area was placed in a zoning freeze -- a freeze that prevents Cadillac Fairview from moving forward with...

City of Point Claire issued a work stoppage on construction of the CF fence as it cut a tree over 10 centimeters in diameter without a permit, just absolutely ridiculous.

Yes but we don’t put a freeze on building a fence when somebody cuts down an 11 cm tree, we give them a warning or a $50 fine.

From an article shared in another thread:

The firm behind a condo construction in Dollard-des-Ormeaux boasts buyers of units will be “living a few minutes from the future West Island REM station” in Pointe-Claire. 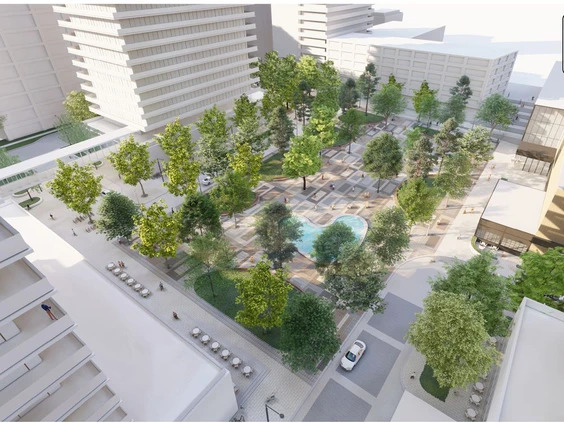 The arrival of Réseau express métropolitain stations will continue to promote residential densification near the six stops that will eventually serve West Islanders, on top of the station at Trudeau airport.

The city of Pointe-Claire will hold consultations this fall to prepare a new planning program after tabling an interim control bylaw halting development in some core areas, including a wooded lot and a major shopping centre owned by the Cadillac Fairview Corp. along Highway 40.

Cadillac Fairview, which will pay around $19 million in taxes to the city this year for its shopping centre property and the adjacent forested lot, has launched legal action against Pointe-Claire over the temporary redevelopment freeze set by the interim control bylaw.

Cadillac Fairview’s high-density development vision is on hold for not only the forest, which was also included in an interim control bylaw tabled in the spring by the Communauté métropolitaine de Montréal, but a project for a section of the shopping centre parking lot, which is adjacent to the future Fairview–Pointe-Claire REM station. The proposed parking lot project was to include 435 residential units for seniors and two residential buildings with 445 rental units.

Some projects in neighbouring municipalities are rolling along. For instance, the firm behind a condo construction on St-Jean Blvd. in Dollard-des-Ormeaux boasts buyers of units — starting in the $500,000 range — will be “living a few minutes from the future West Island REM station” in Pointe-Claire that will allow them to “reach downtown Montreal and the airport in less than 30 minutes.”

Kirkland officials have noted the arrival of the REM will transform the West Island over the next few years. The city has earmarked residential development on part of the Charles-E. Frosst site, just west of the Fairview Forest.

An escalating feud — being played out online and during public meetings — between Pointe-Claire Mayor Tim Thomas and several councillors who were re-elected last fall will probably complicate the city’s efforts at realizing a new planning program.

On top of that, there is lobbying to preserve the Fairview Forest. Will Pointe-Claire and the Montreal agglomeration seek to acquire the woodland, and at what cost?

The Angell Woods dossier in Beaconsfield was part of long-standing conservation efforts initially set forth by a citizens’ lobby and then embraced by city hall. Beaconsfield had tabled an interim control bylaw in 2010 regarding the woodland. In 2018, Montreal bought a 180,000-square-metre plot in Angell Woods, between Elm Ave. and Highway 40, from Seda Holdings for $14 million.

In the past, municipal authorities have also swapped land with developers as part of conservation efforts.

Even in a process of expropriation, there is usually a compensation to the private owner.

It will be interesting to monitor how the Fairview Forest file is resolved beyond any interim control bylaws. Can Montreal negotiate a purchase or land-swap deal? Perhaps new planning guidelines for the redevelopment of the Fairview parking lot will be a factor in any deal for the adjacent forest.

Even if the rail network’s opening is delayed in the West Island until late 2024, it’s likely the REM will be running before the forest dossier is resolved. 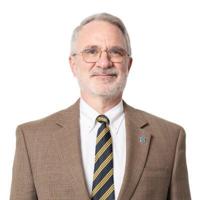 The City of Pointe Claire stands to lose tens of millions of dollars to developers if the developers can demonstrate in court that they are entitled to damages as a result of the city’s construction freeze. So says city councillor Brent Cowan. He has made his case to council, and to Mayor Tim Thomas, and now he is hoping to get the public on board.

Developers Sotramont and Cadillac-Fairview have both filed claims with Superior Court. Cowan’s concern is that both claimants have a point. Mayor Thomas says they do not, and neither does Cowan.

The city has implemented an interim control resolution (RCI), giving them time to review their planning program, something Cowan says he’s been trying to get them to do since 2018. “You have to have a plan,” says Cowan, “to demonstrate to all who are affected by the freeze that you are doing something. My problem,” he says, “is that after a great beginning, it’s not obvious that we’re doing anything except spinning our wheels.”

Cowan feels that if there is as yet no plan, then the freeze should be lifted, and he argued as such in a motion he presented to council.

The motion was not seconded, Cowan admits, and did not pass.

Now he wants to take his concerns to the public. “We as a government have a commitment to demonstrate that we know what we’re doing. And I don’t think we’ve done that.” He says residents could face either an increase in taxes or a reduction in services as possible outcomes of the construction freeze, and developers’ claims against the city.

Mayor Thomas vehemently disagrees with Cowan, saying neither Cowan nor the developers have a legitimate legal case, whereas council has strong, legal justification for the work freeze. The RCI, Thomas explains, is a legitimate legal tool that they are completely within their rights to enact when they feel the city is developing too quickly. It was implemented “properly and correctly,” Thomas says, in the best interests of Pointe Claire residents.