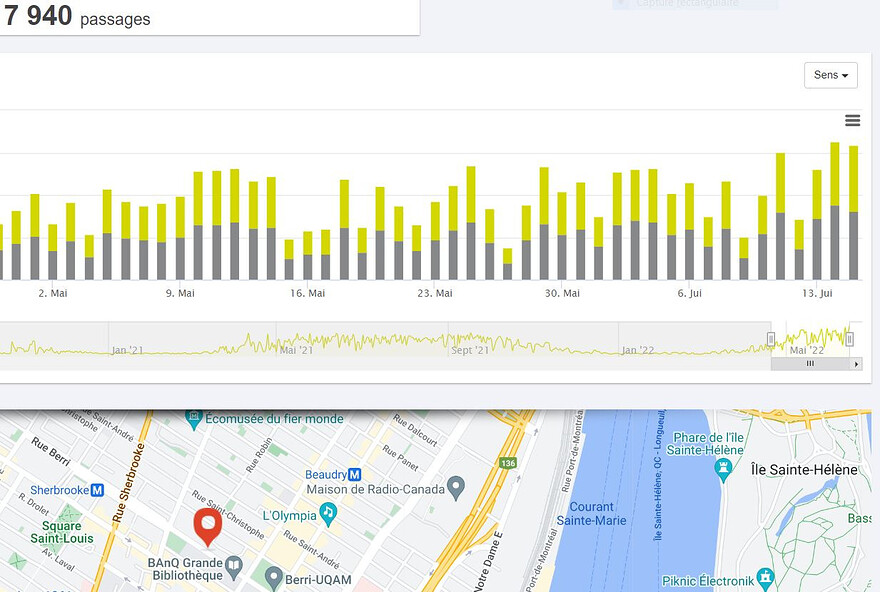 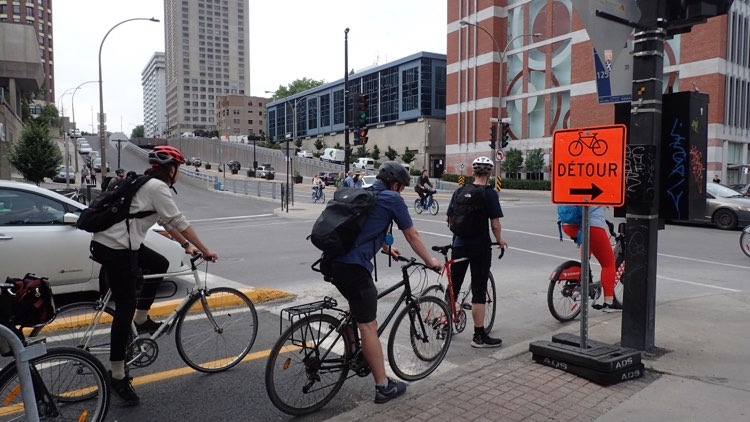 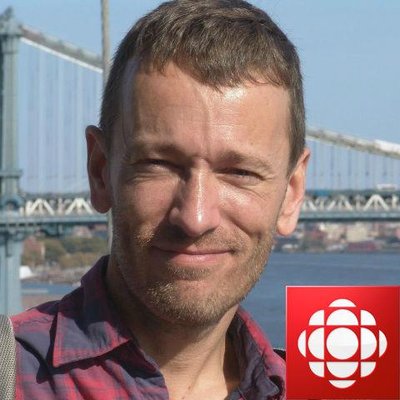 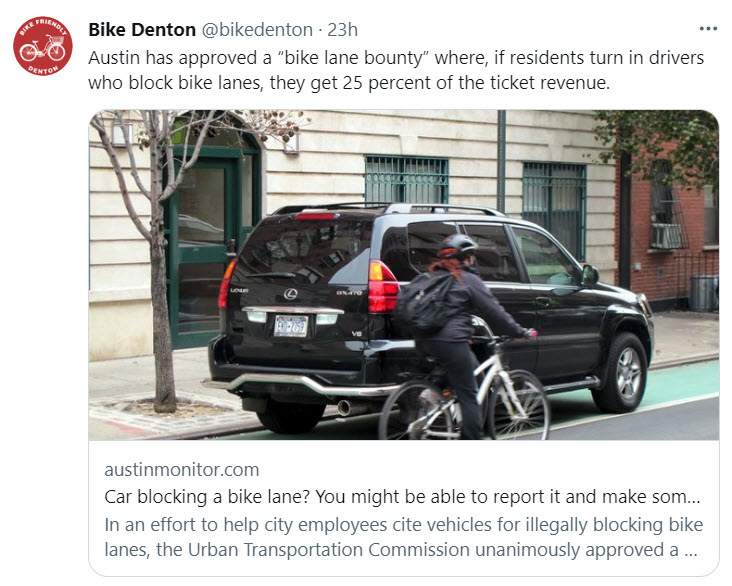 Would have made bank if we had this. A lot of cars parking and even driving on bike lanes today, also saw way more motorcycle doing the same. A lot of near miss, it was complete bedlam. Are motorist more embolden this weekend because of F1? 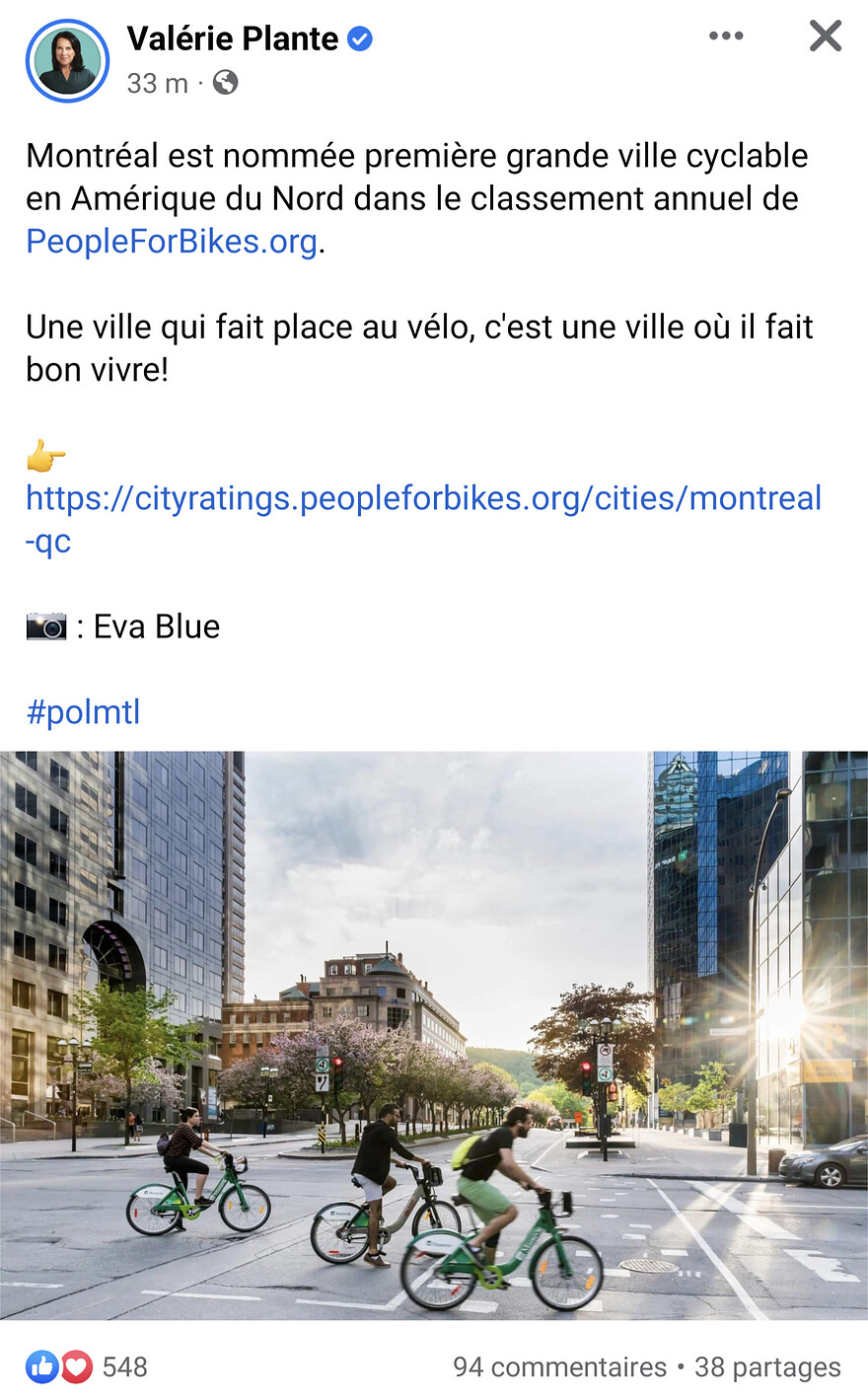 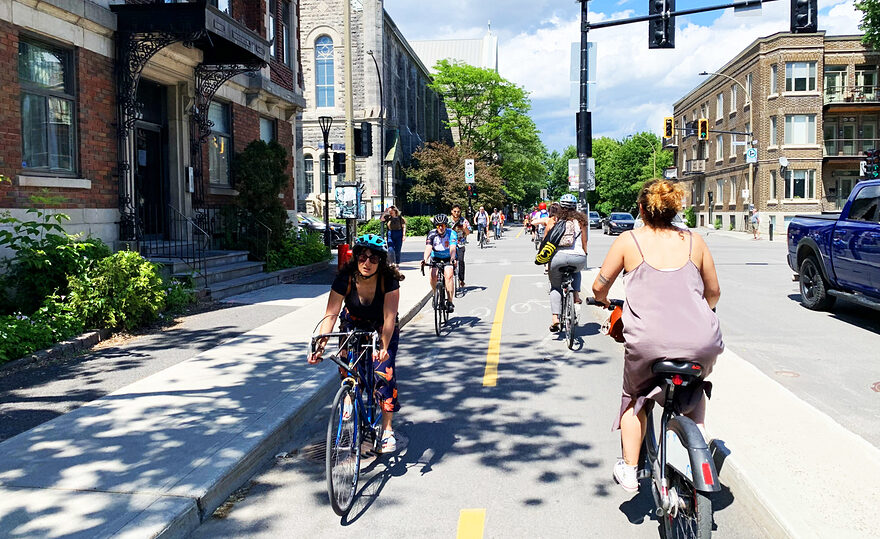 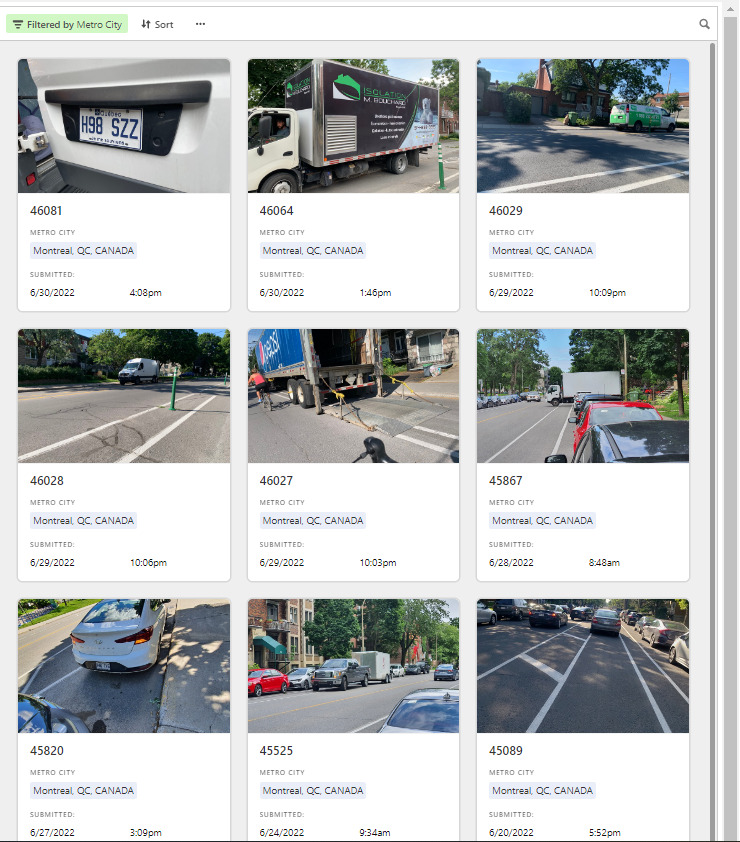 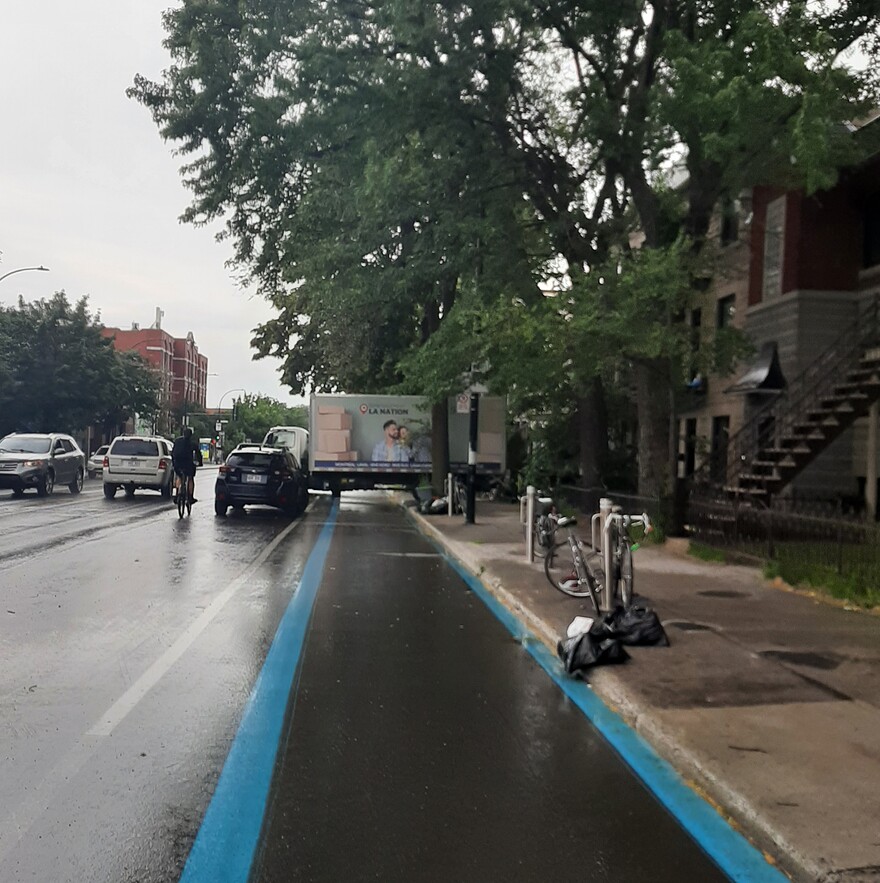 Montreal is on the road to greater livability, and other cities should follow

THE EDITORIAL BOARD
PUBLISHED 5 HOURS AGO

Fifteen years ago, the defining symbol of Montreal was the pothole. Every time a driver kathunked over a crater in the asphalt, it felt like a reminder of the corruption, mismanagement and malaise of a faded metropolis.

Today… there are still a lot of potholes in Montreal’s streets. It’s not Zurich. But the city also has a new infrastructural hallmark, with a happier story to tell.

That would be the humble bike lane, whose narrow painted lines represent a particular kind of urban revival. Call it the theory of livability. Other cities should take note.

When Valérie Plante became mayor in 2017, cyclists knew they had a champion at City Hall. Her party, Projet Montréal, had already become famous, or infamous, for transforming the boroughs it governed – like the bourgeois-bohemian Plateau-Mont-Royal – into more walkable, bikeable places that were also notably more difficult to drive in.

Projet had many weapons in its self-confessed war on the car in the Plateau. It narrowed streets, made others one-way, expanded and beautified sidewalks, and above all built bike lanes. They perfectly expressed the party’s green, Europe-inflected vision.

In the past five years, Ms. Plante has taken that ethos citywide. The defining policy of her first term was the 184-kilometre REV bike highway. It has been a hit, even producing an unexpected and quite wonderful problem: bicycle traffic jams.

Her suburban critics might disagree, but the mayor doesn’t have a fetish for getting around on two wheels, even if that happens to be her lifestyle preference – Ms. Plante lives in the trendy Rosemont neighbourhood, without a car.

But making cities livable also benefits society as a whole. As she likes to explain, cycling represents a concept of the city that Canada could use more of. Bike lanes are part of a broader vision designed to ensure that dense city centres stay attractive to young families, to curb urban sprawl.

Pandemic-era remote work tempted some people to drift out of commuting range from downtown offices. The shift is probably mostly temporary, but a mortgage in the Laurentians or Guelph makes a powerful argument for keeping the home office. Between the summers of 2020 and 2021, Montreal lost nearly 40,000 people to other parts of the province, the most in 20 years.

Now in her second term after a landslide re-election, Ms. Plante is building an argument for why cities are still the best, most vibrant places to live, even in the era of remote work. The results have been impressive.

On top of all those bike lanes, she’s trying to use her limited municipal levers to make homes a bit more affordable (although another Montrealer, Bank of Canada governor Tiff Macklem, may do more toward that end with rising interest rates). Her 20-20-20 policy mandates a certain share of affordable housing in big developments, and the city plans to use its right of first refusal to buy hundreds of properties on which it will build social housing.

Like the Gilded Age progressives who dreamed up swathes of urban green space for the masses, the Plante administration is also on a park-building spree. It rapidly expanded the “grand parc de l’ouest” at the western tip of the Island of Montreal – it covers some 30 square kilometres – and plans to recreate the feat at the city’s eastern edge.

With Projet Montréal, the big infrastructure schemes have always come with a healthy concern for the aesthetic. The party has a flair for the design of little things such as curb bump-outs and public planters.

Call them frills if you want, but young professionals are less likely to flee a beautiful city. The pedestrianization of Mont-Royal Ave. – a busy commercial strip, and one of several streets closed to cars for at least part of the summer – shows the Plante recipe in full force: whimsical street furniture, makeshift vegetable gardens, hordes of flâneurs and, yes, headaches for drivers.

But then, this mayor has always been comfortable with the trade-off between livability and driveability. Sure, Montreal has some natural advantages in its bike-lane revolution, like tightly packed triplex housing and a layout that long predates the automobile.

But a message to other Canadian cities: Forget about Montreal’s potholes. On the road to creating a greener, more attractive place for people to live, it’s lapping the field. And it’s riding a bike. 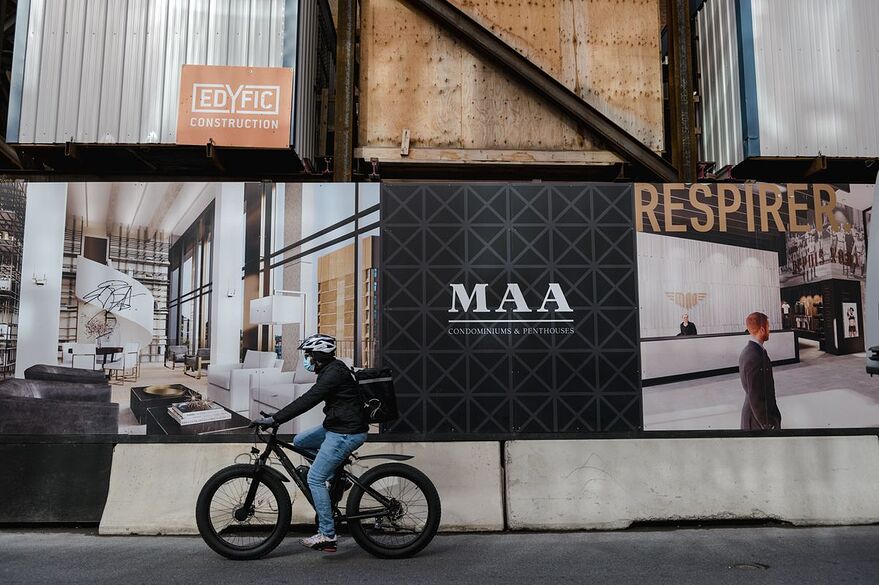 Globe editorial: Montreal is on the road to greater livability, and other...

Montreal is creating a greener, more attractive place for people to live. It’s lapping the field and it’s riding a bike