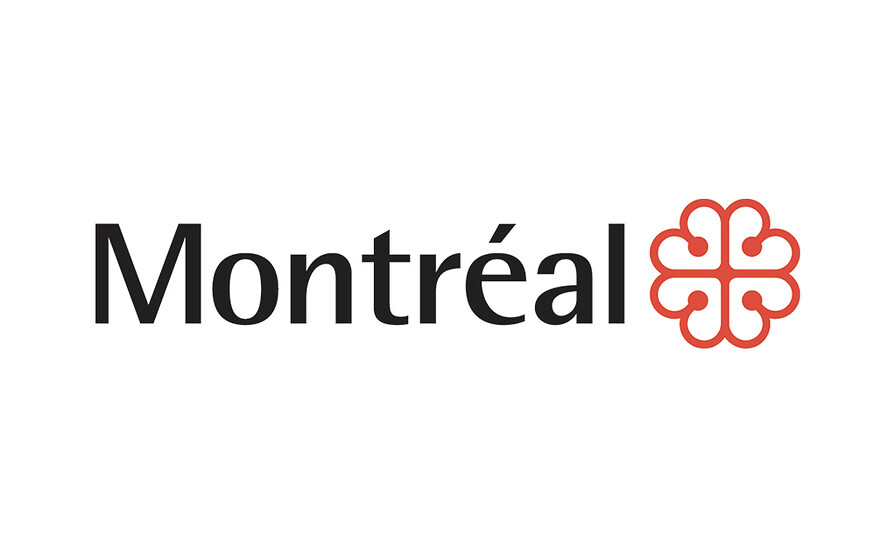 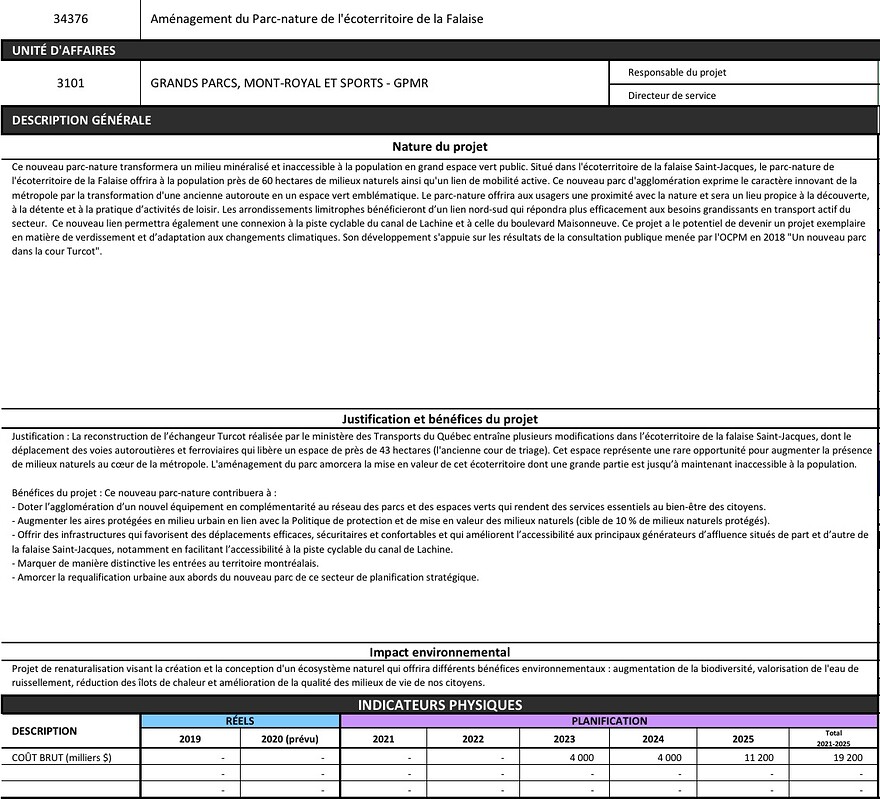 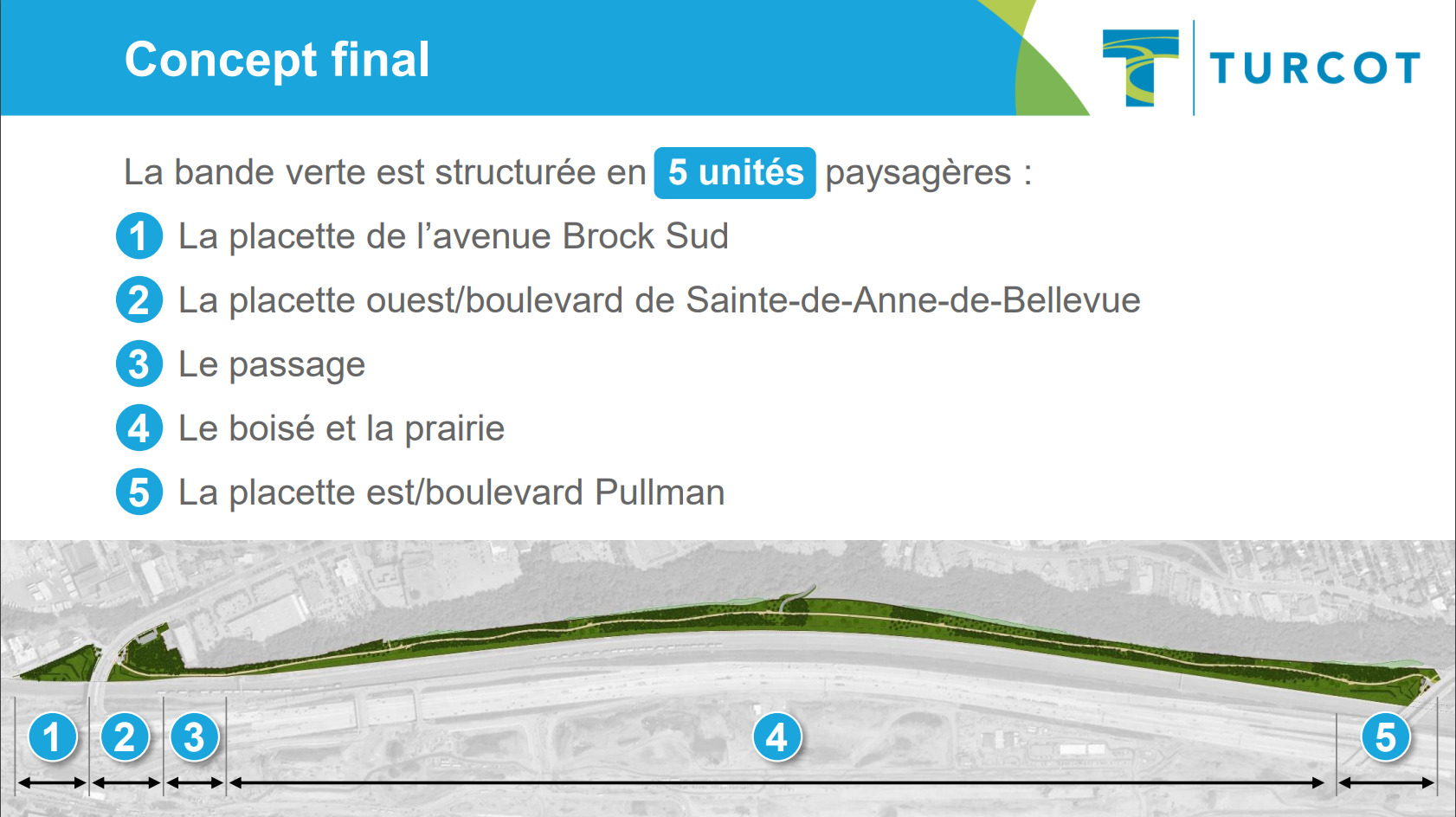 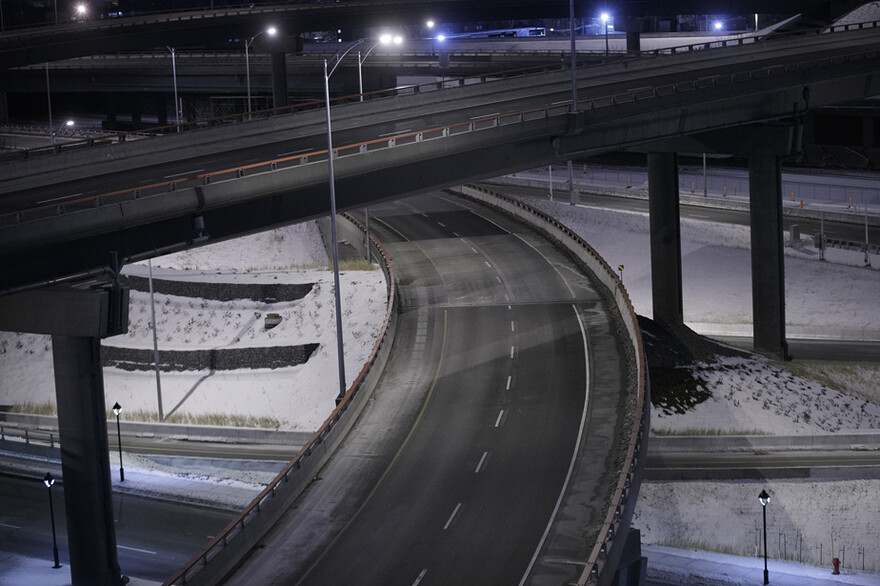 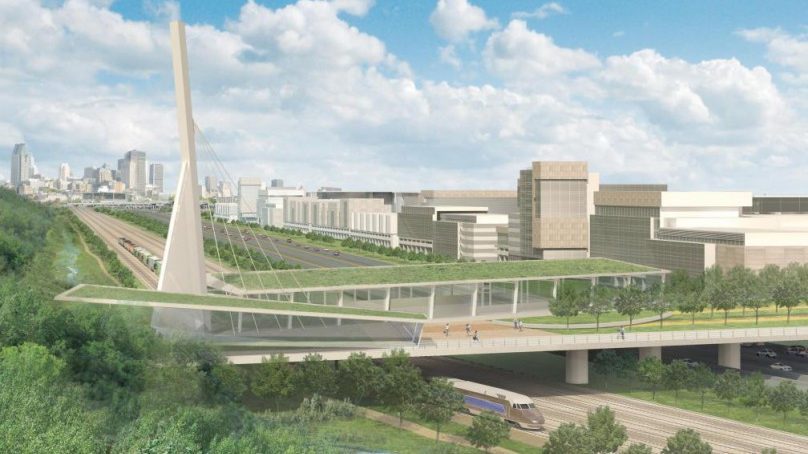 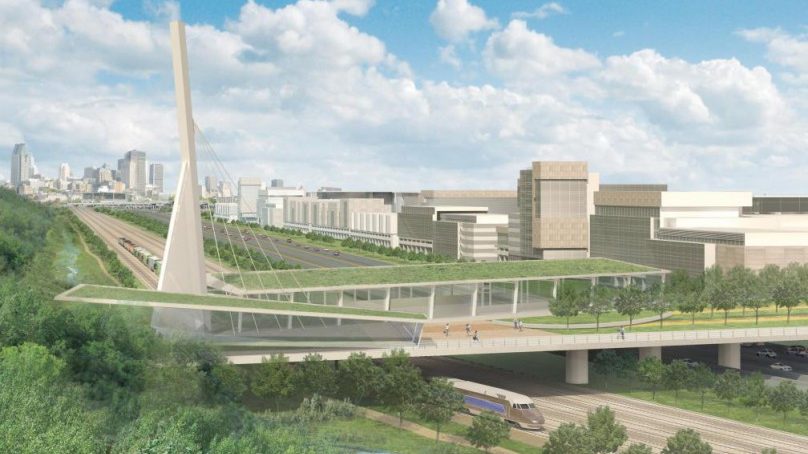 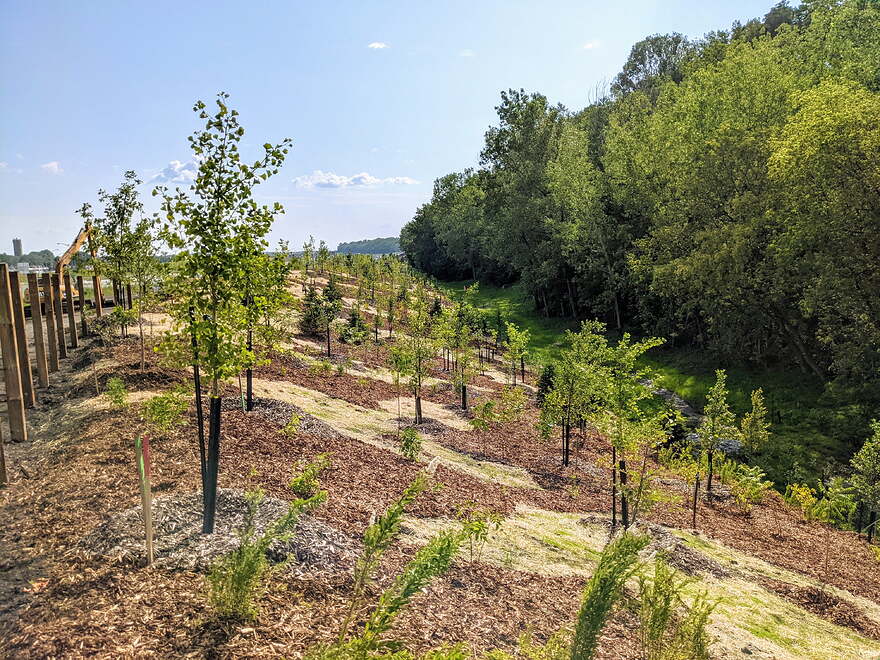 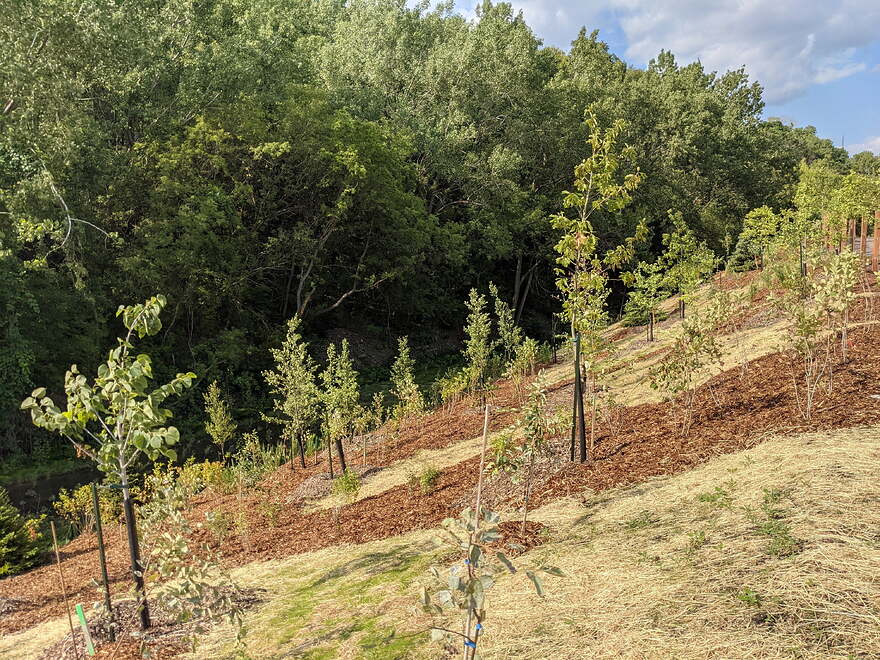 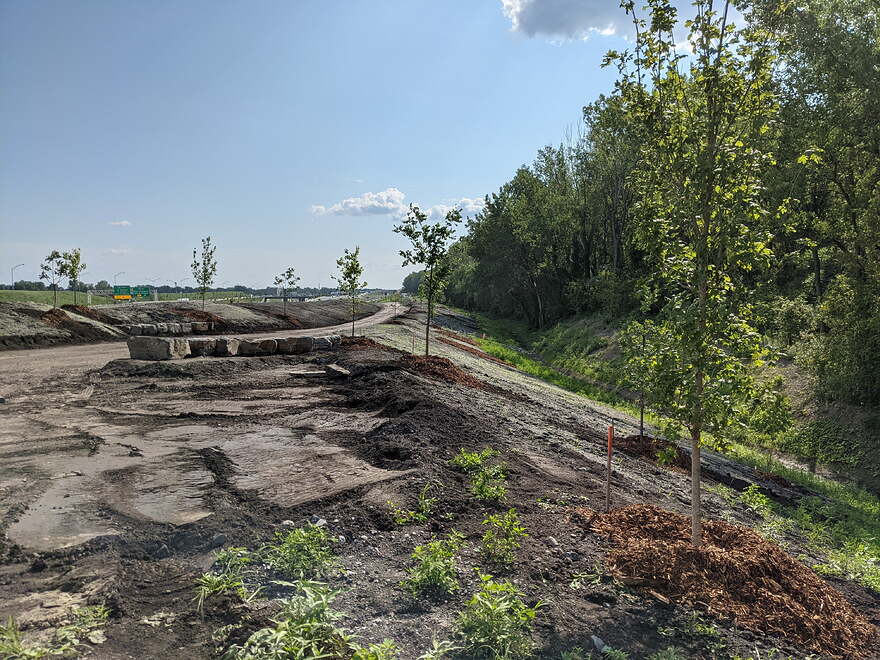 Advocates say province could do even more, installing pedestrian and cyclist bridge over highway Roger Jochym is a member of a group that has been fighting to protect and promote the natural beauty of an escarpment known locally as the Falaise Saint-Jacques. (Simon Nakonechny/CBC)

A stretch of sloped wooded land sandwiched between Montreal’s Notre-Dame-de-Grâce neighbourhood and Highway 20 will finally be walkable this spring, complete with the long-promised linear park.

While that’s exciting news for any nature-loving city dweller, there’s still more to be done to ensure pedestrians, cyclists and wildlife can easily navigate between the west end’s green spaces, said Roger Jochym.

He’s a member of a group that has been fighting to protect and promote the natural beauty of an escarpment known locally as the Falaise St-Jacques.

Turning the escarpment into a linear park, or green belt, has long been part of the plan as Quebec’s Transport Ministry (MTQ) renovates the Turcot Interchange and Highway 20. 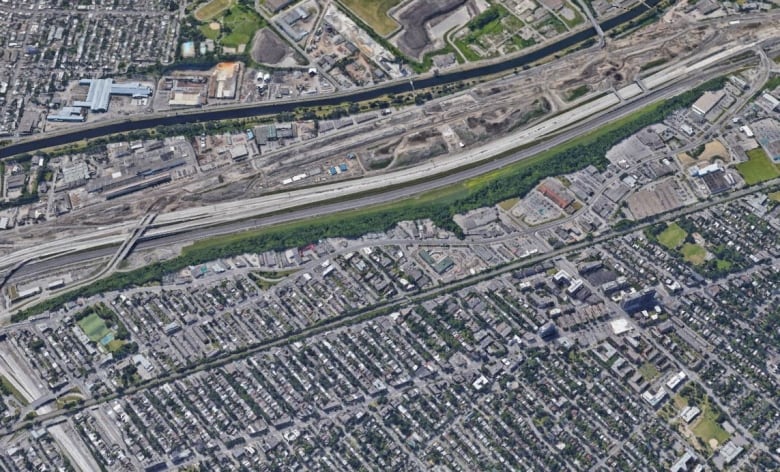 The St-Jacques escarpment is a linear greenspace that stretches for about three kilometres just south of St-Jacques Street. (Google Earth)

The park will stretch about three kilometres adjacent to the busy highway, south of NDG’s St-Jacques Street — a commercial strip with car dealerships, cheap motels, restaurants, bars and supermarkets.

The park will have features like picnic tables, garbage cans, bike racks, birdhouses and a path roaming through the landscaped green space.

The path connects Pullman Street, near Decarie Boulevard, to Ste-Anne-de-Bellevue Boulevard, near the border with Montreal West. 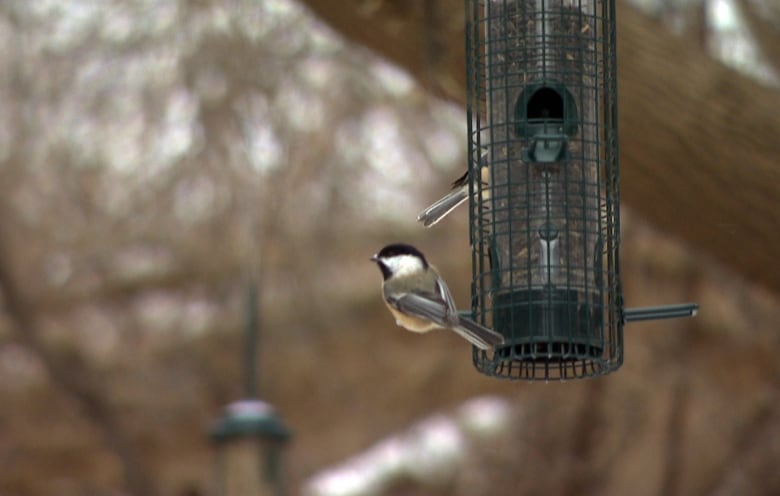 Chickadees are among the birds enjoying life along the St-Jacques escarpment, especially now that volunteers have been feeding them. (Simon Nakonechny/CBC)

But while the public park has been in the planning and construction phase for years, citizens have also been adding their own touches to the escarpment. There are paths that people walk or cross-country ski, with handmade signs and bird feeders hanging from trees.

“I always like to compare it to being a country road in the city,” said Jochym.

The escarpment has also been a dumping ground for everything from household garbage and tires to dirty snow that accumulated in parking lots and was illegally pushed over the edge.

Côte-Des-Neiges—NDG, in collaboration with the Sud-Ouest borough where the escarpment lies, has been cracking down on trash and snow-dumping. Meanwhile, volunteers have been making an effort to clean up the slope — and keep it clean.

“There are still, on the falaise, some tires, but I would say about 85 per cent of the tires have been moved,” said Jochym. Volunteers have been tirelessly cleaning up the St-Jacques escarpment in Montreal’s west end, making piles of trash and debris. (Simon Nakonechny/CBC)

And the land is teeming with wildlife, he said.

“There’s a tremendous number of chickadees here and nuthatches,” he said.

The park may not officially open for several months, but it’s already drawing pedestrians like James Mullaly who said it’s a nice stroll when compared to walking, for example, the stretch of de Maisonneuve Boulevard West — a one-way road that runs parallel to St-Jacques.

One of the biggest differences is he doesn’t have to stop for cars at intersections when walking the linear park.

“If it’s icy on the sidewalk and you have to step on the street, you’re fighting with cars and everything, so here, it’s that long stretch of walking without a break, so it’s nice,” Mullaly said.

Regardless of the progress, advocates like Jochym say there’s still more to be done. He would like to see it made part of a larger network of interlocking green spaces, also known as green corridors.

One key feature would be a green bridge, spanning the train tracks and highway to link NDG to the Southwest borough. Advocates and some local politicians have been calling for a span that is not just a pedestrian and cyclist overpass, but a bridge that is alive with greenery.

It’s been on and off the table for more than a decade, with the MTQ even drawing up plans for the project in 2010. 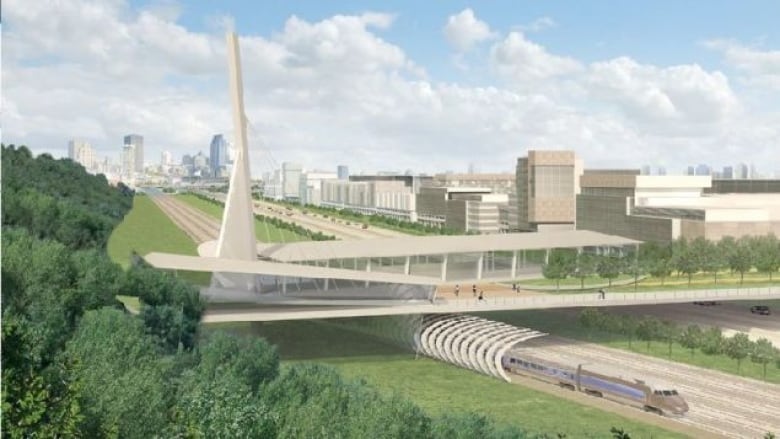 The Quebec Transport Ministry provided this mock-up of the overpass, which would serve as a bike path, pedestrian walkway and park, in 2010. The plan has never come to life. (Ministère des Transports du Québec)

The bridge would connect people to the Lachine Canal and parks like Ignace-Bourget and Angrignon.

Jochym said his group thinks of the bridge as a “thread that sews everything together.” With it being green, “nature is continuous over all these parks,” he said.

Mayor Valérie Plante does support some kind of pedestrian link over the highway, but the city says the project is “very complex” and still under study. A stretch of sloped wooded land sandwiched between Montreal’s Notre-Dame-de-Grâce neighbourhood and Highway 20 will finally be walkable this spring, complete with the long-promised linear park. 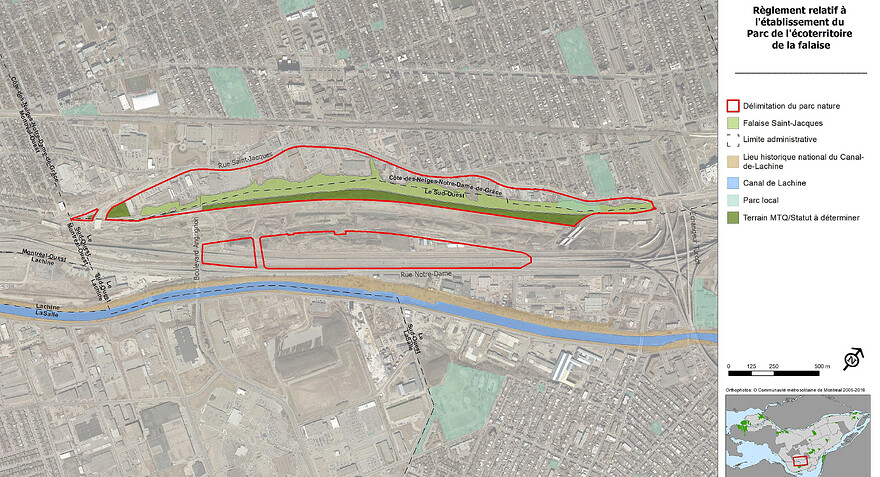 "It was important for our administration to move forward with this project inspired by and for the people of Montreal," Caroline Bourgeois said.