Purchase of garage on St-Jacques St. will allow for “a much more visible and safer entrance” 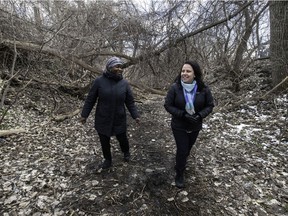 Montreal has made a major step toward turning the Falaise St-Jacques into a nature park with the purchase of a property slated to become the park entrance.

On Wednesday, the city’s executive committee approved a deal to buy the Station Service Somerled at 6360 St-Jacques St. W., for $1.75 million, plus taxes.

“The acquisition of this land allows us to create a much more visible and safer entrance to the park here on St-Jacques St.,” said Caroline Bourgeois, the executive committee member responsible for large parks, during an interview with the Montreal Gazette on the site.

“This is an important first step that will allow us not only to create an entrance but also to undertake work on the Falaise to make it safer and protect the vegetation and wildlife,” she added.

The city is concerned about protecting species like the Dekay’s brownsnake, which inhabit the escarpment running along the south side of St-Jacques, Bourgeois noted.

Montreal had been in negotiations for the strategically located property, just 250 metres east of Cavendish Blvd., since 2021, when the owner approached it with an offer to sell.

It is among five sites on which the city placed a reserve, which freezes development on a property that will be expropriated on a future date, in 2018. The two-year reserve was renewed in 2020 and will expire in July.

Bourgeois said the city is in negotiations with the other four owners.

“It’s difficult for me to go into the details since we are really in discussions with the owners concerned but the agreement we have reached with the owner here will allow us to transform this very strategically located property into a safe and prominent park entrance,” she said.

The 60-hectare nature park stretching from the Turcot Interchange to the border of Montreal West will eventually extend south from St-Jacques St. to Notre-Dame St.

Gracia Kasoki Katahwa, the borough mayor of Côte-des-Neiges—Notre-Dame-de-Grâce, said the announcement is good news for environmentalists who have called for preservation of the escarpment as a park for years.

“In this part of the city, we are quite far away from Mount Royal, so it’s not that easy for citizens to get there by bike, for example,” she said.

“Here, it’s so much closer and that’s why people in the borough, particularly in N.D.G., are very attached to the Falaise nature park,” Katahwa added.

But no timetable has yet been set for work on the site, where a soil study will be carried out to determine whether it is contaminated, Bourgeois said.

Nor has there been any news on the proposed Dalle-Parc, a bike and pedestrian bridge and elevated park over Highway 20 that would link N.D.G. to the Lachine Canal and LaSalle. It was originally promised as part of the Turcot Interchange redesign but later shelved.

The Dalle-Parc would be an important component of the future park, allowing access to land south of Highway 20 that would also be incorporated into the vast green space.

In 2018, Quebec renewed its pledge to fund the Dalle-Parc. Feasibility studies jointly funded by the city and province were carried out in 2019 and 2020 but no further announcements on the project have been made.

“There are discussions going on between the city of Montreal and the government of Quebec on this subject,” Bourgeois said.

Meanwhile, Transport Quebec is close to completing work on the “bande verte,” or green strip at the foot of the Falaise, which forms a buffer zone next to the CN railway tracks and Highway 20.

With a multipurpose path for cyclists and pedestrians, forested areas and grasses, the new green space is expected to open next month.

Incorporating areas under both municipal and provincial jurisdiction, the park will be created over the coming years in distinct phases, with the bande verte to be the first to be ready for public use, Bourgeois said. “You have to see it as a big whole but at the same time as many different parts,” she said. 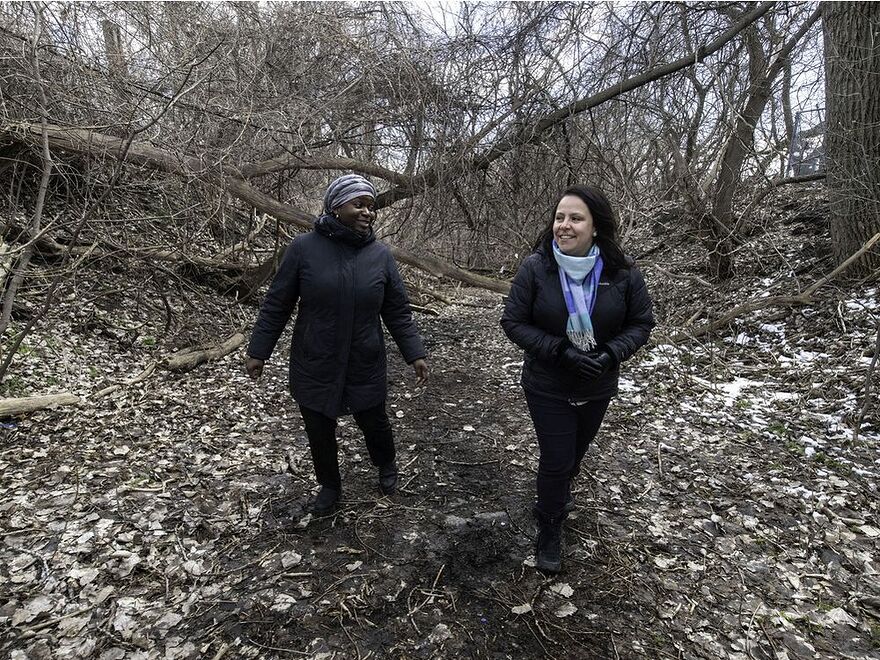 Purchase of garage on St-Jacques St. will allow for "a much more visible and safer entrance" 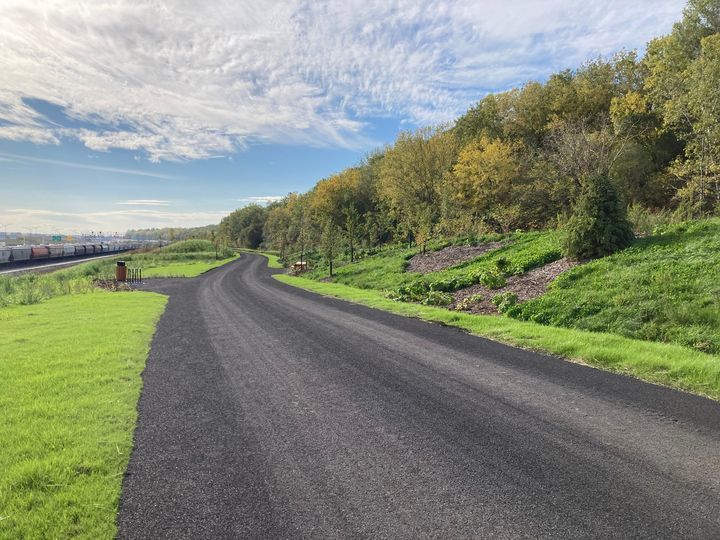 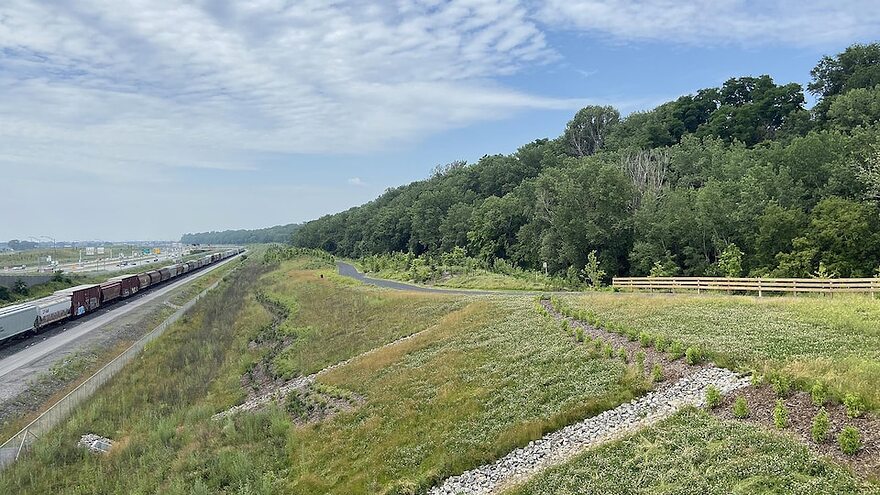