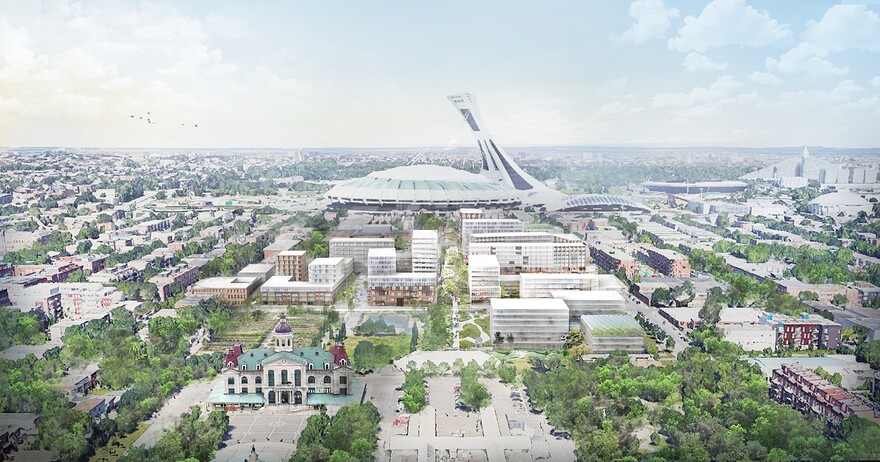 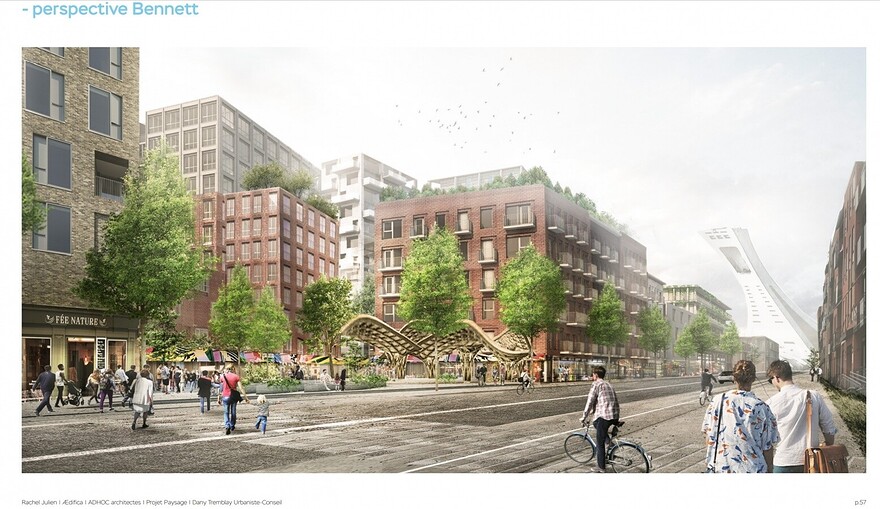 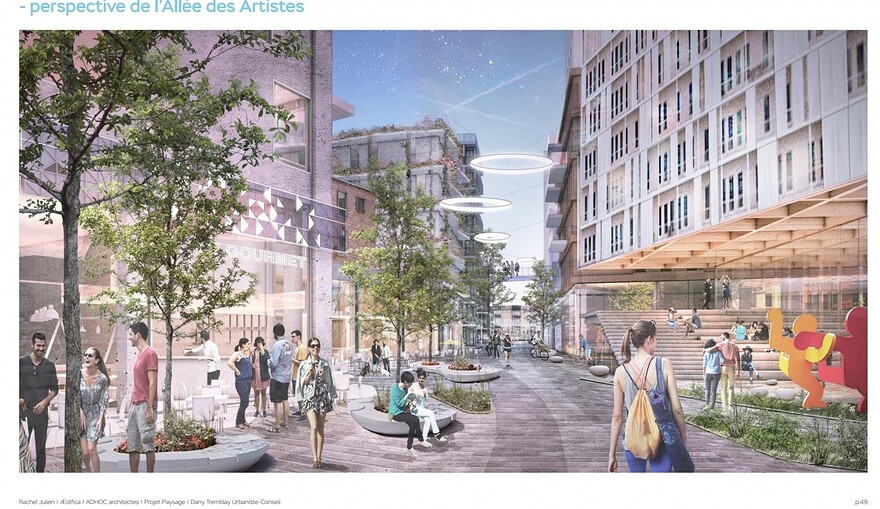 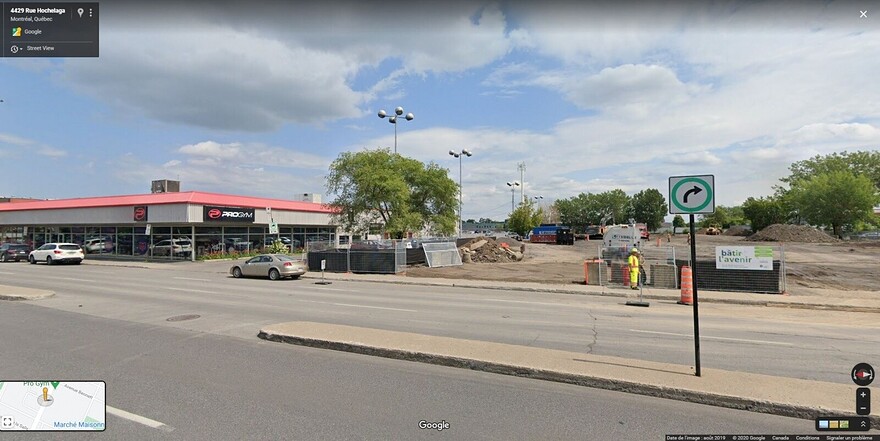 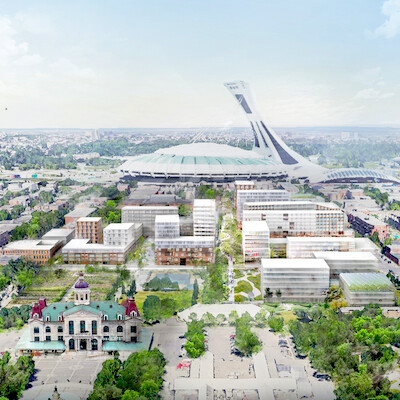 Developer Rachel Julien plans to spend more than $350 million to build a 1,008-unit residential project near Montreal’s Olympic Stadium that would be the developer’s largest single project to date.

The Canoë project in the Hochelaga-Maisonneuve neighbourhood will include 650 condo units, 200 rental units, 158 units for social housing and 60,000 to 80,000 square feet of retail space. Residential buildings will range in size from three, four, six, eight, 10 and 12 storeys.

Rachel Julien bought the 242,000-square-foot site (about 5.5 acres) in 2019 for $16 million. It is currently the site of a building at 4500 Hochelaga St. housing the Pro Gym fitness centre, which describes itself as the largest in Canada, and a parking lot for 250 cars.

“It was a natural for us to imagine a project like this,” said Mélanie Robitaille, vice-president and general manager of Rachel Julien, given the developer has its head office in the area and has developed other projects in the neighbourhood.

“We saw lots of potential. It’s within walking distance of two metro stations (Pie IX and Viau) and a neighbourhood with a lot of infrastructure for families, like schools and parks.”

The project requires zoning and urban plan changes and has not yet obtained approval from the Mercier-Hochelaga-Maisonneuve borough and the City of Montreal.

However, “the process is following its natural course,” Robitaille says. “We’re under the impression it’s been positively received.” She expects the approval process to be completed in the spring of 2021.

Construction of the first phase could begin in late 2021 after the site is decontaminated. Pro Gym had a lease until 2023 but Robitaille said it has agreed to vacate its premises in September 2021.

The first phase, lasting 18 to 24 months, would include construction of the multiresidential component, housing co-op and a grocery store of about 30,000 square feet. Construction of the first condos would begin a few months later.

Robitaille said there is an “enormous” lack of quality food stores in the neighbourhood and notes the developer is in talks with grocers.

Condo presales could start next fall. The entire project could take anywhere from five to nine years to build.

The development will respect the City of Montreal’s new bylaw, expected to come into effect in April, which will call upon new developments to include 20 per cent social, affordable and family housing.

Condo pricing has not been established, but the goal is to be affordable for local residents, Robitaille said. “It won’t be in the Griffintown price point. We really want the project to be inclusive.”

Rachel Julien initially used the Canoë name when it was a finalist in the international C40 Reinventing Cities competition for innovative, carbon-free and resilient projects.

The company says a canoe is “a brilliant invention” that provides the maximum amount of space for the minimum amount of material. It symbolizes unity and teamwork, as well as strength and vigour.

Although the company did not win the Reinventing Cities competition, “we thought it would be a shame to lose everything we learned” when it comes to best practices in sustainable development.

Also planned is a community centre, a daycare for 60 children, a pharmacy, a medical clinic and a neighborhood café.

There will be outdoor swimming pools on some rooftops, a fitness centre and a pedestrian pathway accessible by neighbourhood residents.

Parking spaces will be underground with chargers available for electric vehicles and bicycle storage.

The goal is “to do a project that is the most 2020 possible, 2030 possible in terms of sustainable development,” Robitaille said.

Rachel Julien and its other projects

Rachel Julien is now planning Le Petit Laurent, a new project in the Quartier des Spectacles which will be located in front of a new City of Montreal outdoor skating rink scheduled to open next year.

It will be housed at Saint-Laurent Boulevard and Clark Street at the former site of the motorcycle clothing and accessories store Screaming Eagle. The rundown building will be demolished.

Plans call for construction of the “boutique” mixed residential-commercial project to begin next year. It will contain 52 housing units and 6,000 square feet of commercial space.

Also planned is a mixed multiresidential rental, condo and housing co-op project at the current site of Nelson Garage at 1100 Décarie Blvd., and bounded by Prud’homme and Crowley Avenues in the Notre Dame de Grâce neighbourhood.

I almost never get to MHM anymore, but this is one of the few projects I’m really looking forward to seeing up close and in person. It’s just so promising for this neighbourhood! 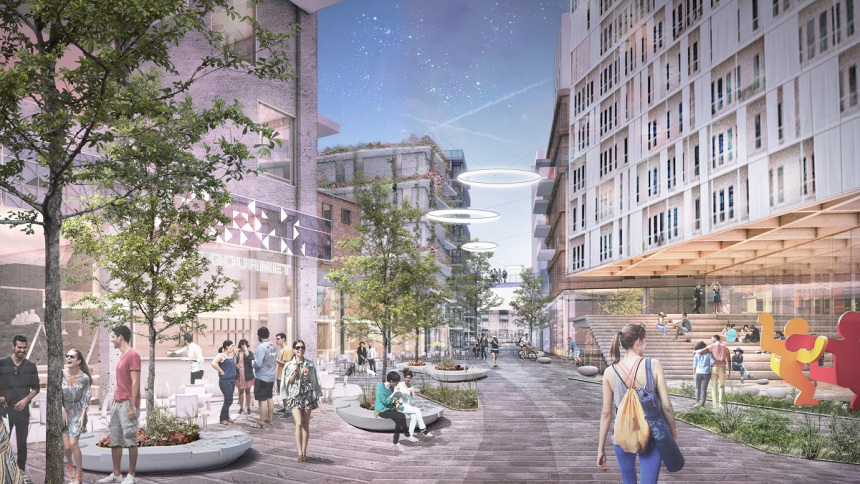