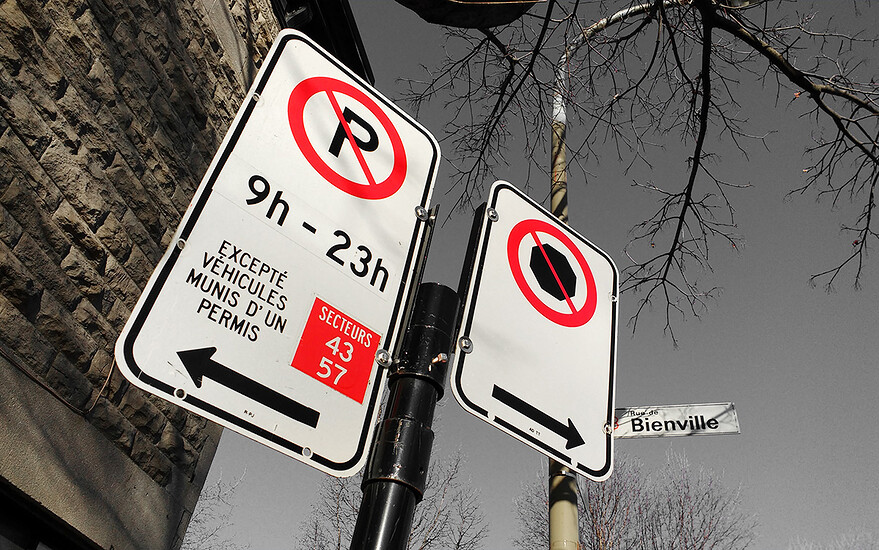 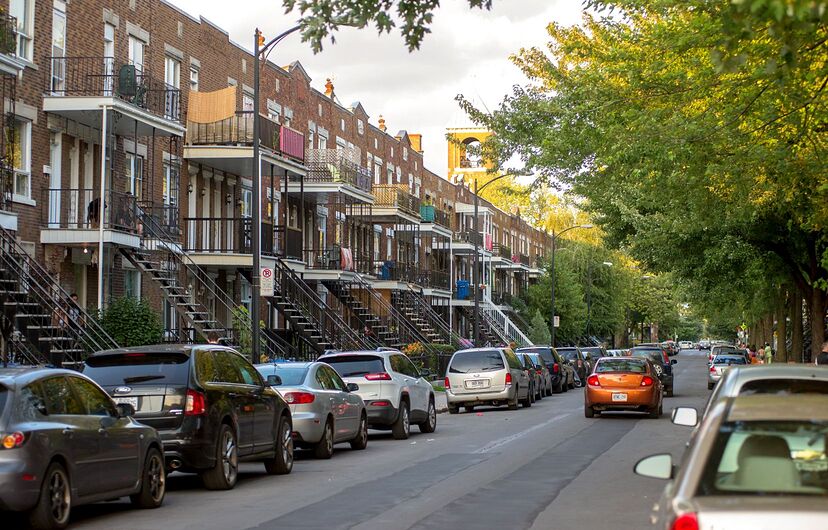 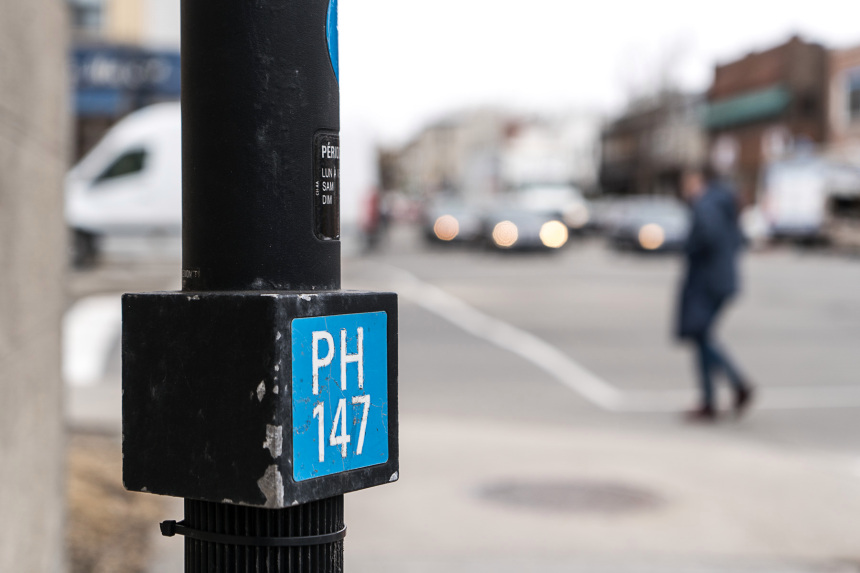 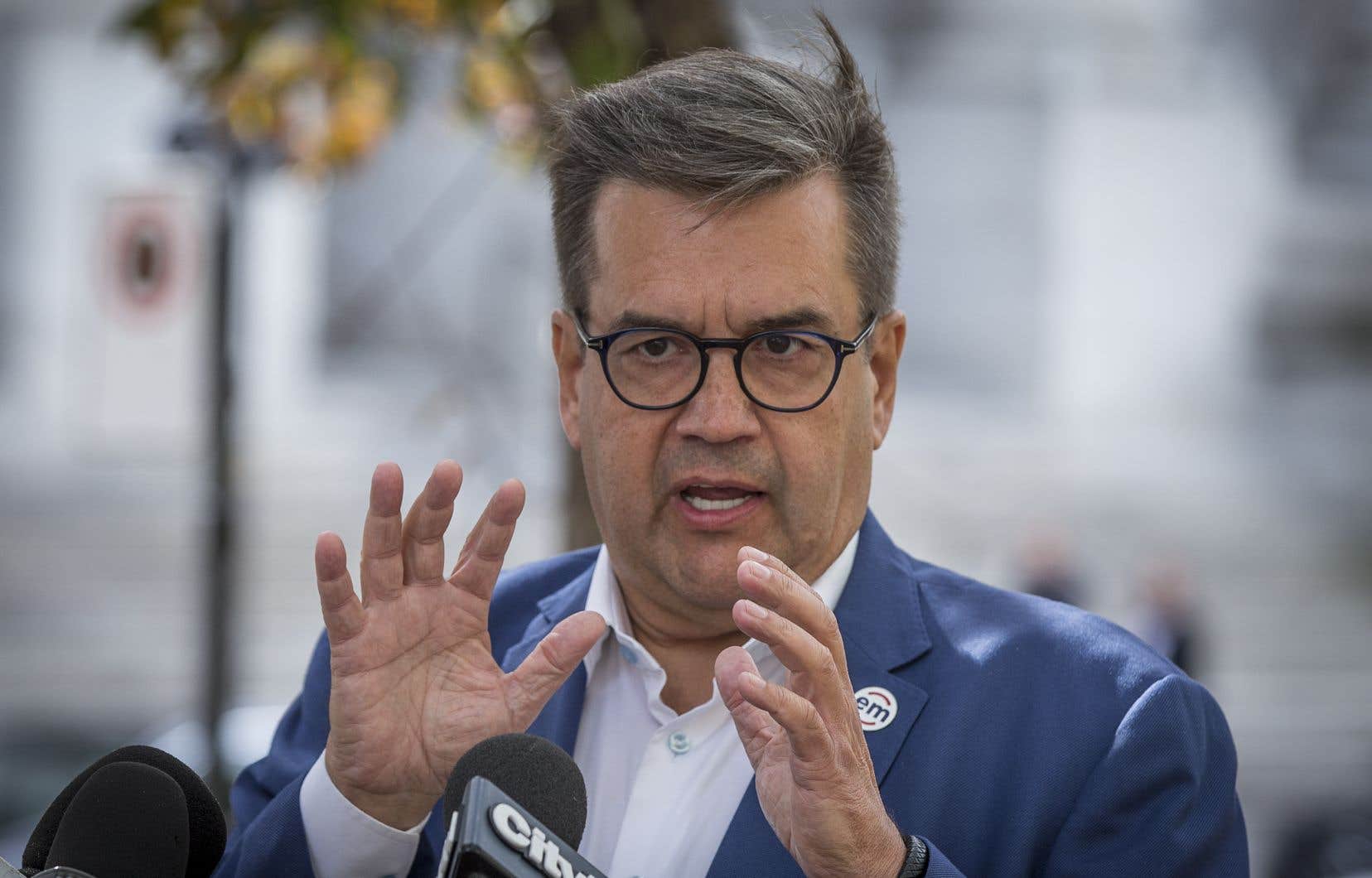 Drivers say parking in Montreal is difficult. Experts say it should be

Experts say free parking is a ‘fertility drug for cars’ Experts say that parking should be difficult in urban areas where there are alternatives. (Ivanoh Demers/Radio-Canada)

Standing in front of empty storefronts, Denis Coderre was clear about what needed to be done with the Bellechasse Street bike path.

The Ensemble Montréal mayoral candidate said he would repeal a part of the path running along the major artery in the borough of Rosemont-La-Petite-Patrie.

The reason? To revive about 800 parking spaces that were removed when the path was first put in place by Valerie Plante’s Projet Montréal administration.

“It takes fluidity, assuring that bikes can still pass,” he said at a campaign stop in mid-September. “We are capable of living together. We are not anti-bike, we are pro-mobility.”

The clash between parking and other street uses, such as bike paths, is not unique to Bellechasse Street.

Across the city, businesses and residents say finding on-street parking is already a challenge, and that measures like pedestrian-only streets and bike paths only exacerbate the problem.

In Côte-Des-Neiges—Notre-Dame-De-Grâce, a bike path on Terrebonne Street was loudly contested by residents who lost their parking. After weeks of back-and-forth, the borough ultimately repealed the project.

However, many Montrealers are keen to restrict car use in the city. Nearly half of Montreal residents — 48 per cent — are in favour of limiting cars to one per household, according to a recent CROP poll.

That same poll found that 60 per cent of Montrealers were in favour of greatly restricting cars that use fossil fuels from entering the downtown core. 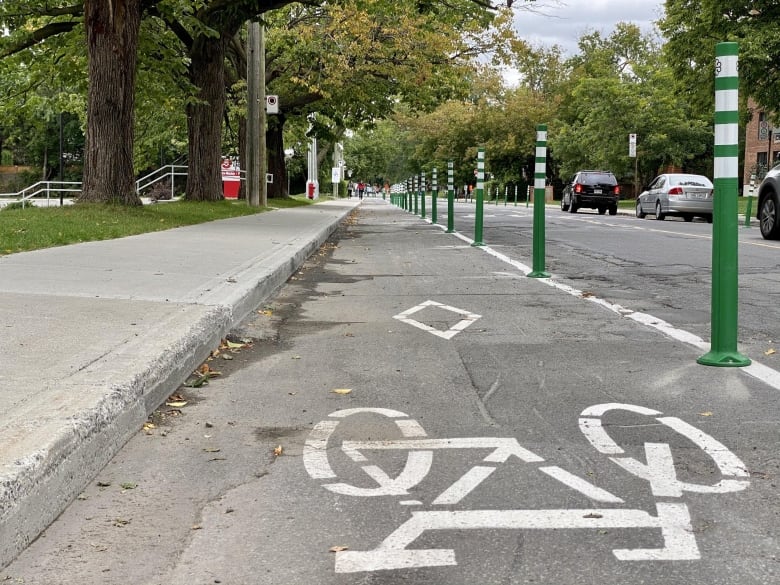 The flexible posts and painted bike lanes lined either side of the street, eliminating all curbside parking along Terrebonne Street, until the borough ultimately repealed the project. (Simon Nakonechny/CBC)

How much parking is there in the city, and do Montrealers really need more?

According to the city of Montreal, there are somewhere between 475,000 and 515,000 on-street parking spaces across all boroughs.

Of them, only 17,367 of them are metered. Another four per cent are reserved for residential permit holders.

Experts say how elected officials deal with parking policy shapes a city’s streets — and has a ripple effect on all other forms of transportation.

Experts say there is one way to make parking more convenient for drivers, while also encouraging Montrealers to take greener forms of transit. (Warning: it may not be popular.)

The idea is to eliminate free street parking entirely.

He said there is a great “unfairness” that the storage of cars is given priority over making roads better for those who walk, bike or use public transit.

“And then the motorist says, ‘but I need that parking space,’ but they don’t really need it,” he said. “If they really needed it, they’d be happy to pay for it.” 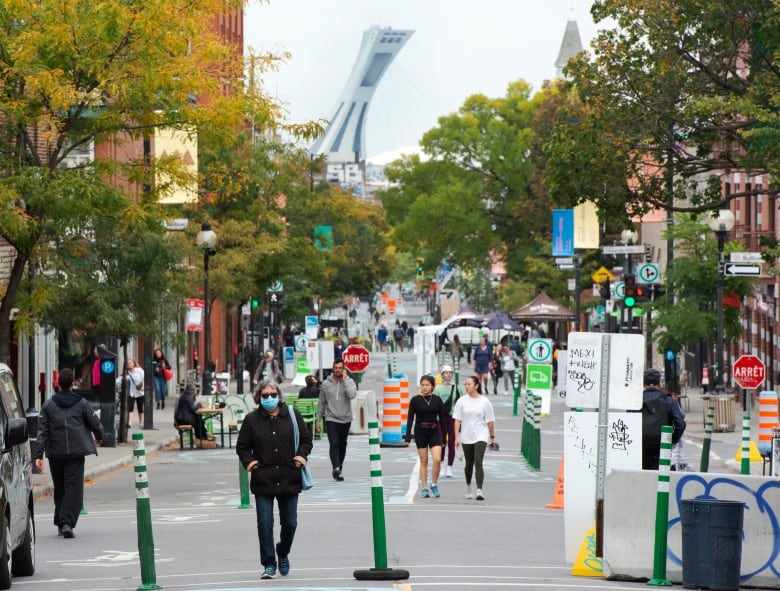 During the COVID-19 pandemic, many streets, including Mont-Royal Avenue, were turned into walkable pedestrian zones, to the detriment of on-street parking in the area. (Ryan Remiorz/The Canadian Press)

The price should be high enough that most people will choose other forms of transit. In exchange, Litman said those who are still willing to pay would find it easier to find parking.

“We’re not saying there should be no parking,” Litman said. “We’re simply saying the parking should be paid directly by the users rather than indirectly through tax dollars.”

He said the ideal would be to have one or two empty spots every block, so there is always a space available.

“I do acknowledge that some people do need to drive cars, and cars always will be part of mix of our multi-modal transport system,” Manaugh said.

“But we all we have to acknowledge that it’s one of the most inefficient [forms of transportation] in terms of space, in terms of fuel, in terms of energy, in terms of the danger that it that it puts on other people,” he said.

“Anything that can discourage cars to be used in urban areas should be embraced and celebrated.”

When asked about the idea that parking in Montreal is already frustrating for many, Manaugh said that wasn’t exactly a flaw of the system.

“[Parking] should be difficult,” he said. “It shouldn’t be an easy thing to use in an urban setting when there’s so many other options to walk or cycle or use transit.”

He said that suburban areas, which have fewer alternatives to the car, would need a different approach.

Parking is a source of heated debate and has figured prominently in the Montreal election campaign.

Despite its importance, parking is not something people really pay attention to until it affects them personally, said Natalie Gulsrud, an associate professor at the University of Copenhagen who studies urban green infrastructure.

“It’s incredibly boring, so most people don’t get into it and then policy decisions are made and everybody’s upset,” she said.

Montreal wouldn’t be the first city to reconsider on-street parking. Gulsrud said that from the 1960s until the mid-2000s, Copenhagen was regularly cutting parking in the city centre.

“There was a realization that there were too many parking spots and that stifled public life,” she explained.

Today, paid street parking in Copenhagen’s downtown can cost between about $4.25 and $6.50 CAD an hour during peak times, depending on the area.

In comparison, paid street parking in Ville-Marie costs $3.50 an hour in the downtown area and $1.50 in the eastern part of the borough.

While the city stopped removing parking spots in later years, Gulsrud said some of the city’s local politicians now want to cut as much as a third of the street parking that remains.

Paris, for its part, is set to take away half of its street parking, to the tune of 70,000 spots. 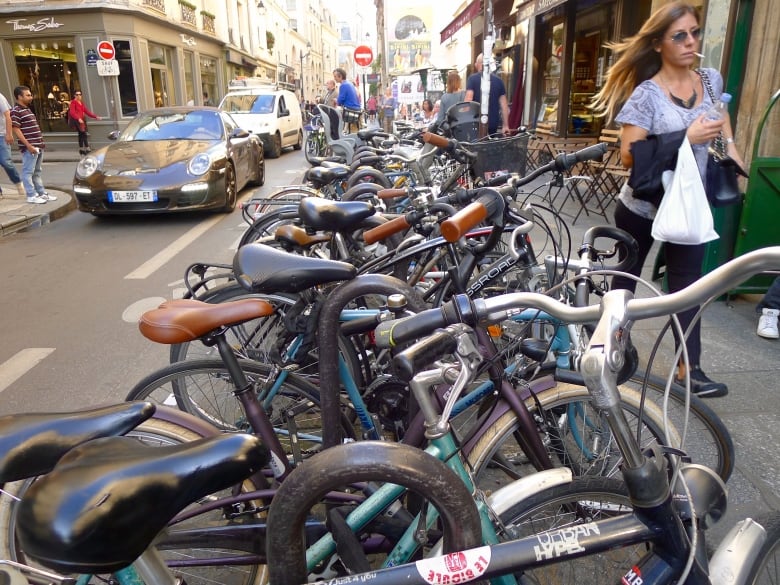 Paris is proposing cutting about 70,000 on-street parking spots, to make room for a growing bicycle network and other road uses. (Michelle Gagnon/CBC)

Instead, the French capital plans to work with underground parking garages, to open their spaces up for public use at a set price.

Gulsrud said it’s a “pragmatic compromise,” since it leaves the streets open for public use, but it comes with the high cost of building underground parking.

But she cautions that cities shouldn’t reduce parking without addressing why some people choose to drive into the city.

“Oftentimes once you’ve had that sunk cost of buying the car, it’s the cheapest way to come in and the most easily accessible way to commute into a city,” she said.

“If we start making that more expensive or less accessible, then we have to make sure that we have affordable housing close to where people have jobs, and transit-oriented development to get them there.”

What’s being proposed in Montreal?

None of the leading parties in the municipal election are proposing eliminating free parking, but the idea was once floated by members of Projet Montréal, according to a new book.

In Saving the City, Daniel Sanger, a Projet Montréal staffer for nearly a decade, wrote that a coalition of party officials, including former Plateau-Mont-Royal borough mayor Luc Ferrandez, attempted to push the administration to take bolder action.

The proposals included “the elimination of all free parking in the central areas of the city and higher taxes on private parking lots.”

However, the proposals received a “frosty reception” from Plante and Benoit Dorais, the city’s executive committee president, according to Sanger.

Ferrandez later cited taxing parking as an issue when he publicly resigned from Projet Montreal in 2019. 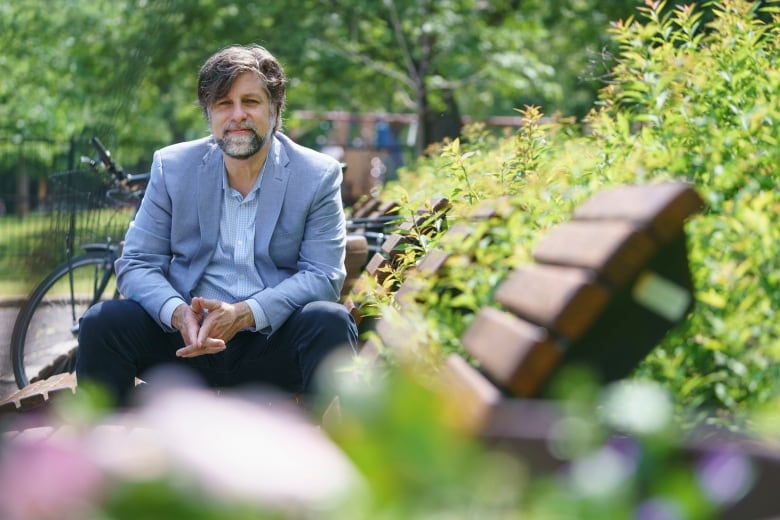 The former Plateau-Mont-Royal borough mayor, Luc Ferrandez, pushed for the elimination of free parking in the downtown core prior to his resignation, according to a new book. (Ivanoh Demers/Radio-Canada)

In a statement to CBC News, Projet Montréal said when parking is removed, it’s often for safety reasons or to make the street greener.

“It is really as a last resort that we remove parking spaces and we always try to compensate for losses elsewhere in the area,” a spokesperson for the party said.

As for cost, the party said it favours San Francisco’s model, which is based on supply and demand. If parking is infrequent in an area, the price is lower, while high-traffic areas would have a higher rate.

Projet did not respond to a request for comment on Sanger’s version of events.

Christine Gosselin, a former Projet Montréal councillor in Rosemont–La Petite-Patrie, told CBC the fact that swaths of the city are more suburban makes it a difficult city to govern.

“It’s a bit of a schizophrenic city, with the central core having a type of urban organization that predates the car … whereas the suburban and semi-suburban [areas] were built entirely for the car,” Gosselin said.

“That environment produces different needs and different realities for its citizens, and it’s very difficult to reconcile.”

Gulsrud said that Copenhagen has the same issue of urban and suburban realities, but that it hasn’t stopped the city from moving forward.

“We still have the functioning green mobility city that we have,” she said. “What that boils down to is that these political choices that people make at the ballot box in Montreal, coming up at your election, really matter.”

Mouvement Montréal said the city should maintain the current amount of on-street parking. Its platform also suggests making parking free in the city on weekends.

“It is of utmost importance to have a smooth transition to car-free transportation, while recognizing the need for our city to remain universally accessible for all,” Mouvement said in a statement.

Ensemble Montréal did not respond to CBC’s request for comment on this issue.

In its platform, the party said it would “interchange” bike paths and parking, make metered parking free for self-service vehicles (like Communauto) and offer reduced parking fares for those who carpool or use an electric vehicle. 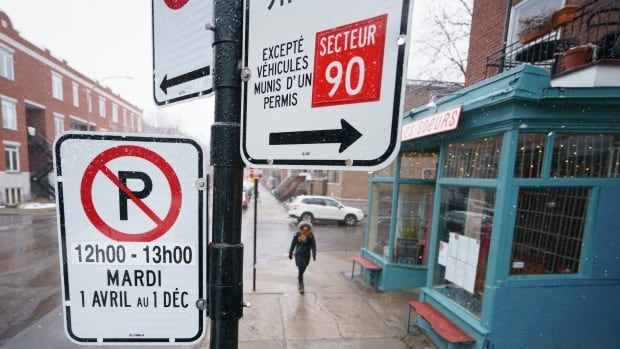 Drivers say parking in Montreal is difficult. Experts say it should be | CBC...

Across the city, businesses and residents say finding on-street parking is already a challenge, and that measures like pedestrian-only streets and bike paths only exacerbate the problem. How much parking is there in the city, and do Montrealers...