If the metro and trains had tap in tap out, I’d think it’s more than acceptable to put st Anne de BV in another zone. The busses just travel too far in this city and the metro doesn’t go far enough.

I’d just like to point out that it was already the case under the previous fare system. One had to take a TRAM2 ticket to take the train to SADB.

I always thought the main reason l’ARTM had to halve the number of zones was to not crowd the fare table too much when they would introduce single zone and multi zone tickets that did not include zone A (ex: B, C, D, BC, etc). It makes sense that it’d also be so that on island suburbs who are already paying taxes towards the STM wouldn’t be made to pay more than the central boroughs.

@paulwillyjean Tram3 actually. From beaconsfield onwards it was the same price as laval and longueuil.

I’d just like to point out that it was already the case under the previous fare system. One had to take a TRAM2 ticket to take the train to SADB.

I understand this was the case too but in practice it just did not work properly, so I ignore that it was the case lol. There was an STM monthly pass and then a zone 3 monthly pass, which travelled the exact same territory. Essentially making the train a more expensive exclusive form of transit. Also I think some people are confusing what I’m suggesting here. It’s not that transit in these areas would be more expensive because they’re in xyz fare zone, it’s the act of crossing a fare zone that increases the price. So if someone stayed within the ouest island or east end for example, maybe their ticket would be 2$ instead of 3 ¯_(ツ)_/¯. Theoretically, the same price increases would be the case for anyone crossing any amount of fare zones anywhere. But I understand the political problems with this, and it really doesn’t work well with a system so sparse at the edges like ours. Can we at least get an opus 2.0?

An opus 2.0 where i dont have to calculate in advance if im gonna make enough trips this month to warrant a monthly, and/or can just tap my phone and let NFC wizardry handle it instead of busting my wallet out every time i need to board a bus/metro would be quite nice tbh xD

It’s kinda crazy that you can’t get a Bus fare at any machine in the metro system, you can only get it at Angrignon. Otherwise you can get it outside the metro like at TCV, but why can’t they just include it on all the machines?

Here is from Berri-UQAM: They actually can’t use Bus fare, it isn’t supported on buses that cross the Champlain bridge excluding RTL buses

That sounds like a bug. It should be available since those fares sont valides dans la zone A.

These are the buses that don’t support Bus fare, I believe all these buses go to downtown: 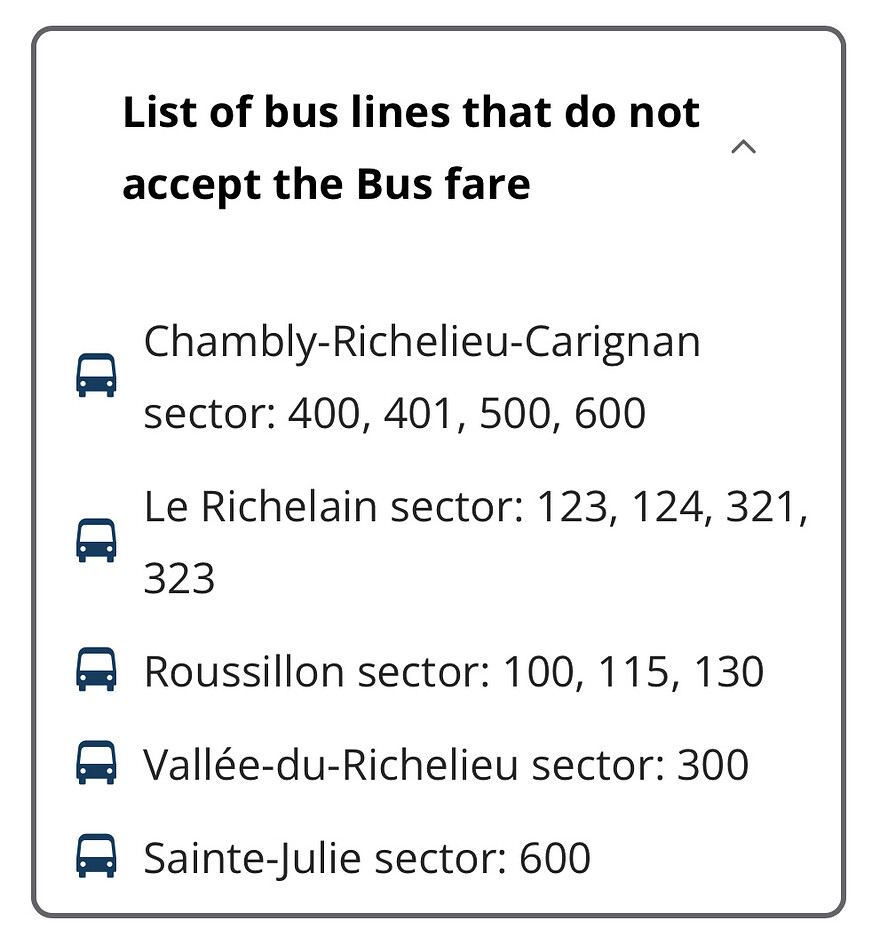 Ahhh I see, yes I agree. Maybe they didn’t because then people would have an increase in prices when the REM opens and didn’t want to push the blame on the REM? I don’t know though

Let’s not forget that the RTL-REM fare is a transitory measure to bridge the price difference between the All Modes AB fare and the RTL monthly pass that it replaced. It should be retired in 2025.

They will have to pay $50 more a month when those buses are redirected to REM stations on the South Shore. However, the ARTM has introduced a transition pass that will be increased annually over five years to help dull the blunt of such a steep increase. The transition passes, which cover RTL buses and the REM only, start at $105 a month and will be increased every year by $10 until they are phased out in 2025. 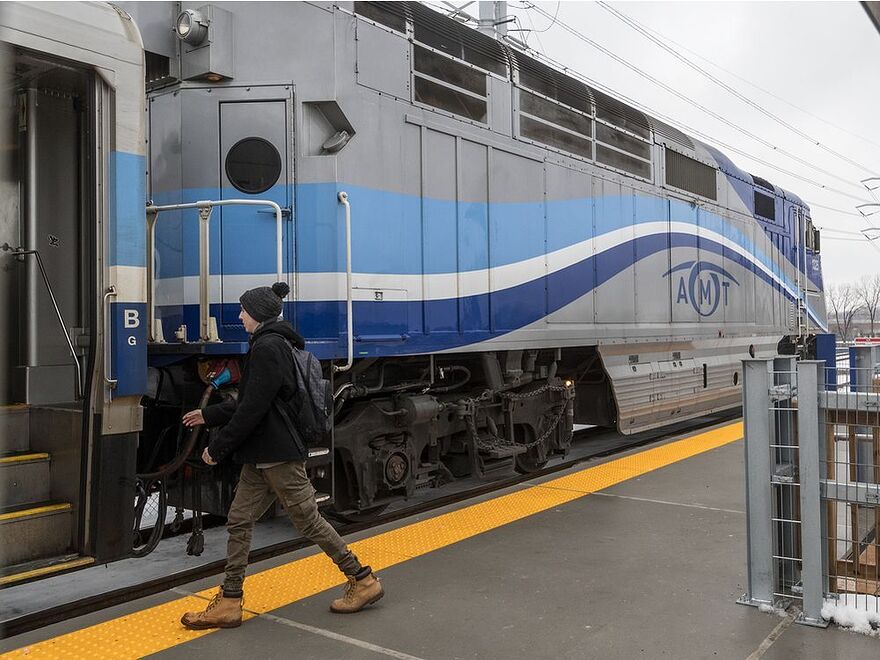 Anyone travelling on the island will pay the same fare, no matter which form of transit is used.