Developers say priority is preserving site’s history, building a district for all Montrealers 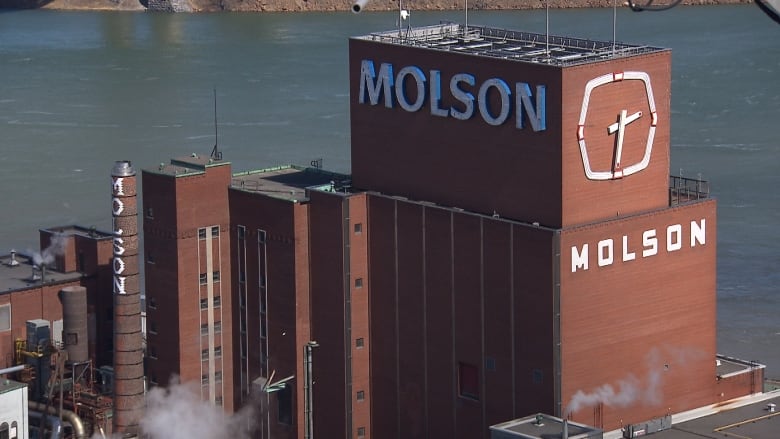 The Molson brewery has been on Notre-Dame Street, near Papineau Ave., since 1786. Now, there are big plans to revitalize the iconic site, including thousands of housing units, park space and a school. (CBC)

Developers have unveiled plans for the first phase of a project to turn the landmark site of the old Molson brewery into a bustling new neighbourhood.

But heritage activists are questioning whether what’s on the drafting table can be transformed into the affordable, vibrant, socially mixed neighbourhood that’s being touted, all while maintaining Montreal’s industrial legacy.

Preliminary plans for the first phase of the redevelopment project show several symbolic elements of the historic building, including the Molson sign and the large clock on the west-facing side of the building, will remain part of the Montreal skyline.

The sprawling site, equivalent to nearly 11 Canadian football fields, has been a fixture on the banks of the St. Lawrence River on Notre-Dame Street since 1786.

In 2017, Molson-Coors announced it would be moving production to Longueuil on Montreal’s South Shore. 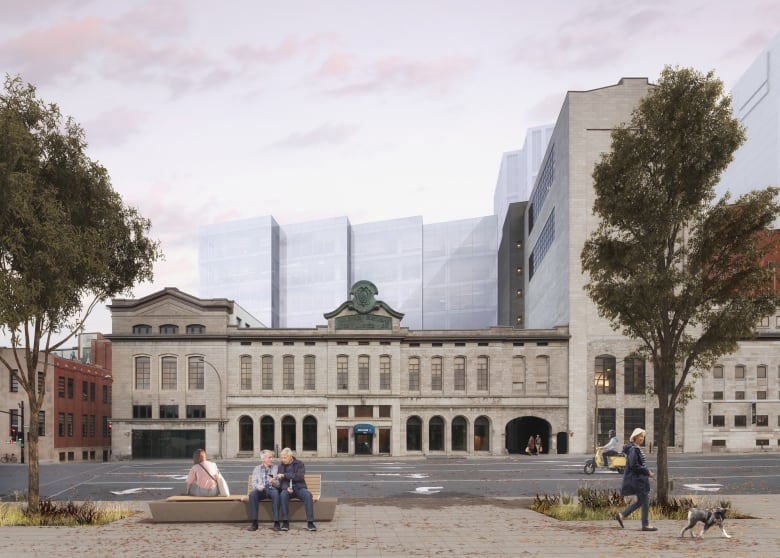 The consortium of developers handling the project, formed by Montoni, Groupe Sélection and Fonds immobilier de solidarité FTQ, acquired the land in 2019 for $126 million and spent the past two years assessing the various criteria to creating the mixed-use project.

They are pitching plans to incorporate up to 6,000 residential units as well as more than one million square feet of commercial and office space — an area the size of Fairview Pointe-Claire shopping centre. Some of the oldest parts of the site will house new administrative offices for Molson-Coors.

The project will also incorporate lands belonging to the Société d’habitation et de développement de Montréal, which will be reserved for social and affordable housing — forming 20 per cent of the site’s residential developments.

The desired look for the new waterfront neighbourhood, with a promenade along the St. Lawrence River. (Courtesy of the Selection Group–MONTONI–Fonds immobilier de solidarité FTQ consortium)

Ron Rayside, a Montreal architect, is cautiously welcoming some aspects of the plan, but says there are concerns about how affordable the area will actually be.

“There are issues about … allowing for social housing and affordable housing as well as private housing and the whole mix of offices … how that’s going to work to really create a part of a whole new neighbourhood.”

Rayside says it’s important the community see some sort of cohesion in all the developments, including things like access to the Jacques-Cartier Bridge and other important mobility questions.

“I think it’s starting in a reasonably good way, but a lot of social issues will be coming along,” he said.

The city will use a portion of the land where the brewery now stands for a school, social housing and various community uses. (Hélène Simard/CBC/Google Maps)

“You have to develop affordable housing, social housing, family housing so it’s going to be the key to keeping the [social mix] in this sector of downtown Montreal,” he said.

Beaudry says a civic hub with a school, a public park overlooking the river and a waterfront promenade are also part of the plans. He says he will continue listening to the population and their needs at public consultations.

Demolition is slated to begin this spring on the oldest portion of the site, called the Îlot des Voltigeurs, considered to be the founding location of the brewery.

According to a release this week by the consortium, much of the focus will be on showcasing the legacy and heritage of this area.

Demolition of the site is slated to begin this spring on the oldest portion of the site, called the Îlot des Voltigeurs. The area is considered to be the founding site of the brewery, housing the classic Molson sign, the chimney and the large clock. (Courtesy of the Selection Group–MONTONI–Fonds immobilier de solidarité FTQ consortium)

“By highlighting this heritage, the consortium aims to create a dynamic, innovative and diversified living environment while ensuring the sustainability of the existing Îlot des Voltigeurs built environment,” the release reads.

The dismantling of the site’s silos will begin in the coming weeks. But developers say two silos, the oldest of which dates back to 1973, will be kept and enhanced in the development project, which is expected to stretch out over the next eight to 10 years.

Despite the project receiving a positive response from the Ville-Marie borough’s urban planning advisory committee, known as the Comité consultatif d’urbanisme (CCU) last month, some say they’re waiting to hear more before fully backing the project.

“For now, the details aren’t very specific. We don’t know the materials; we don’t have views on everything,” said Taïka Baillargeon, assistant director of policies for Heritage Montreal.

The view from Notre-Dame Street showing the planned entrance to the neighbourhood. (Courtesy of the Selection Group–MONTONI–Fonds immobilier de solidarité FTQ consortium)

She applauds the developers, however, for working with “excellent experts of conservation of heritage buildings,” which she says is evident in their plans.

“It’s the entrance of the city basically.”

With files from Sharon Yonan Renold 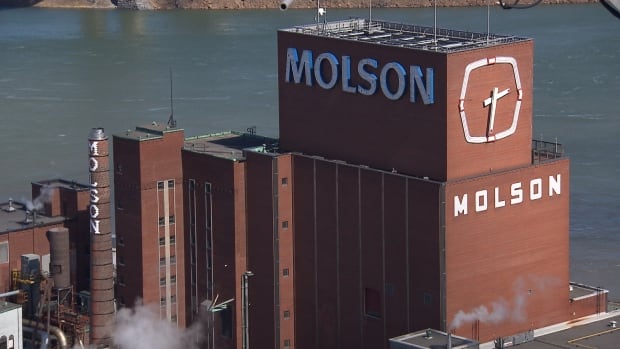 Heritage activists and others are cautiously welcoming some aspects of the project. But the question remains: can the promise on the drafting table of an affordable, vibrant, socially-mixed neighbourhood be realized, all while maintaining Montreal's... 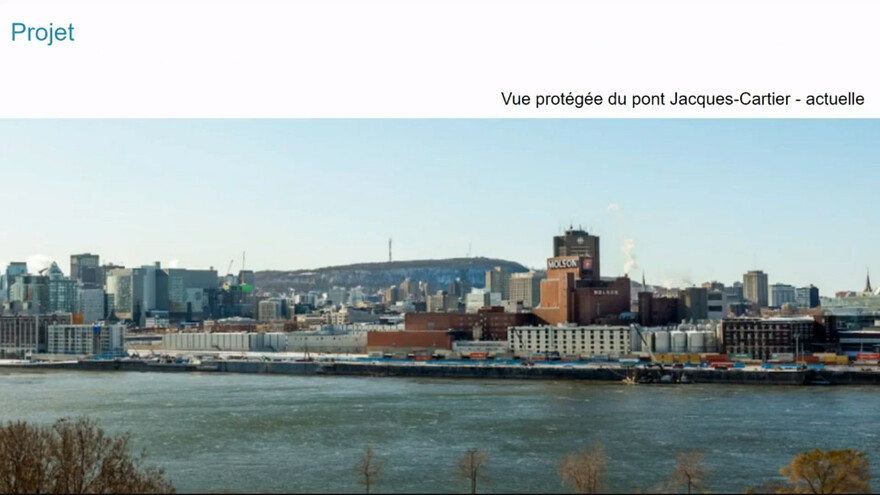 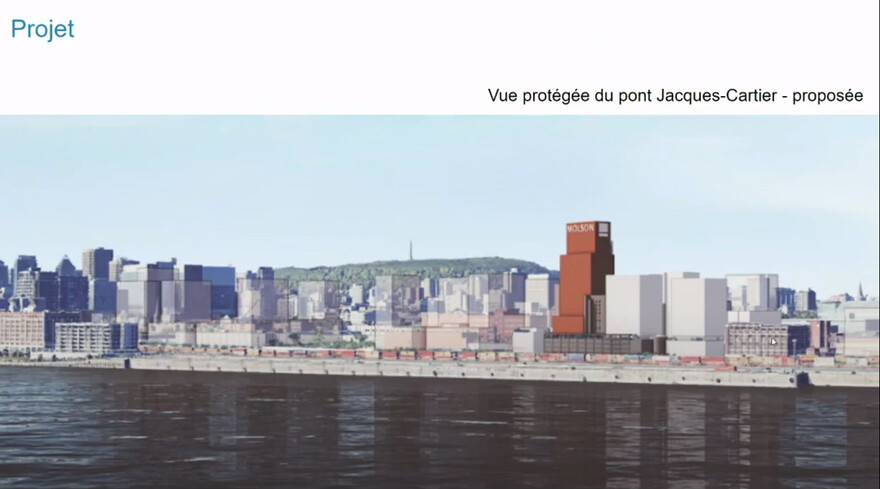 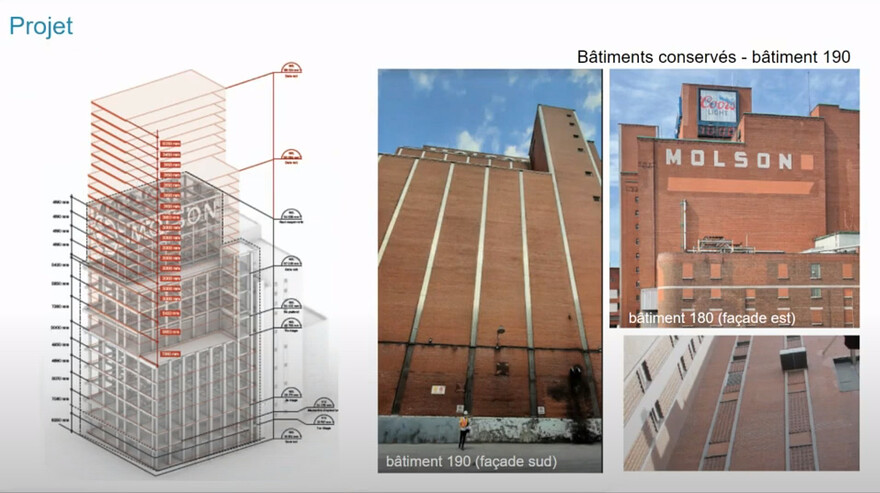 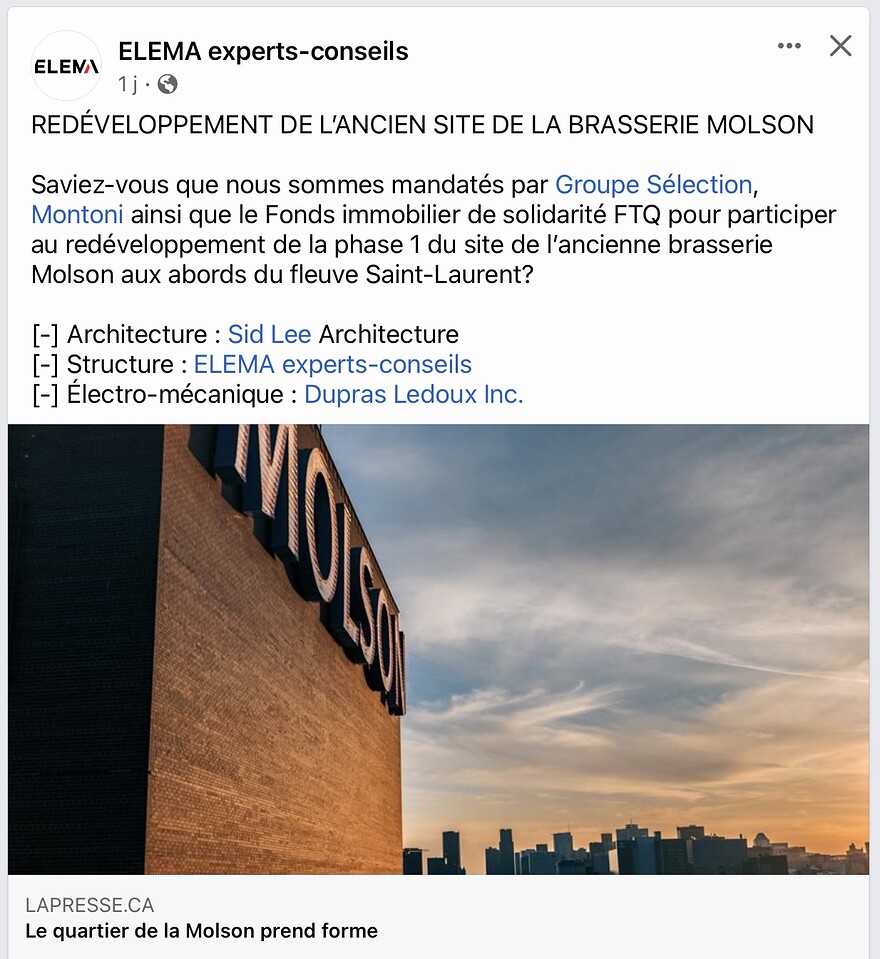 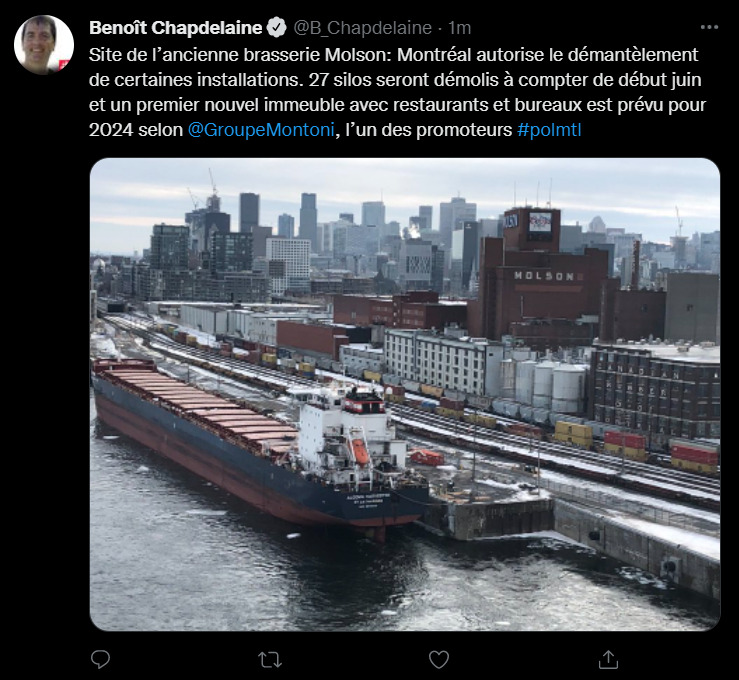