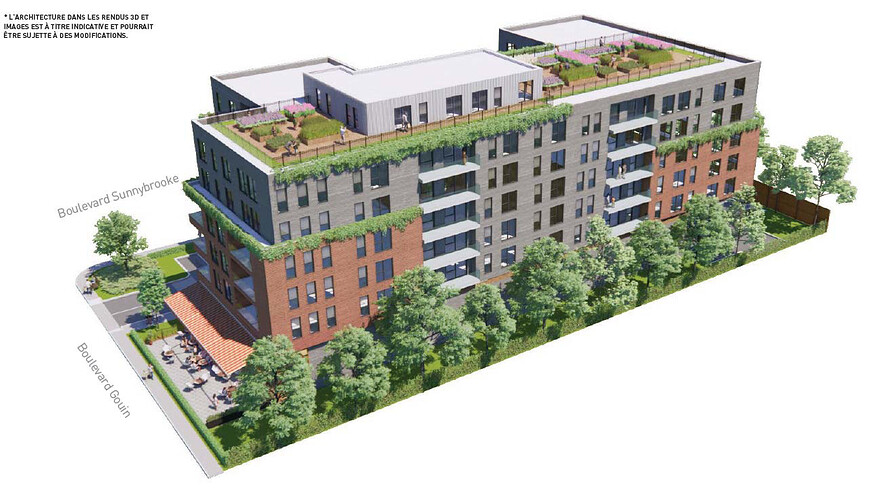 Hopefully just the first of the lots redeveloped between Sunnybrooke and Le Lalande.

The renders look better than I expected and very promising!

If anyone would like to guess what the locals thought of the project, here’s the public consultation results. 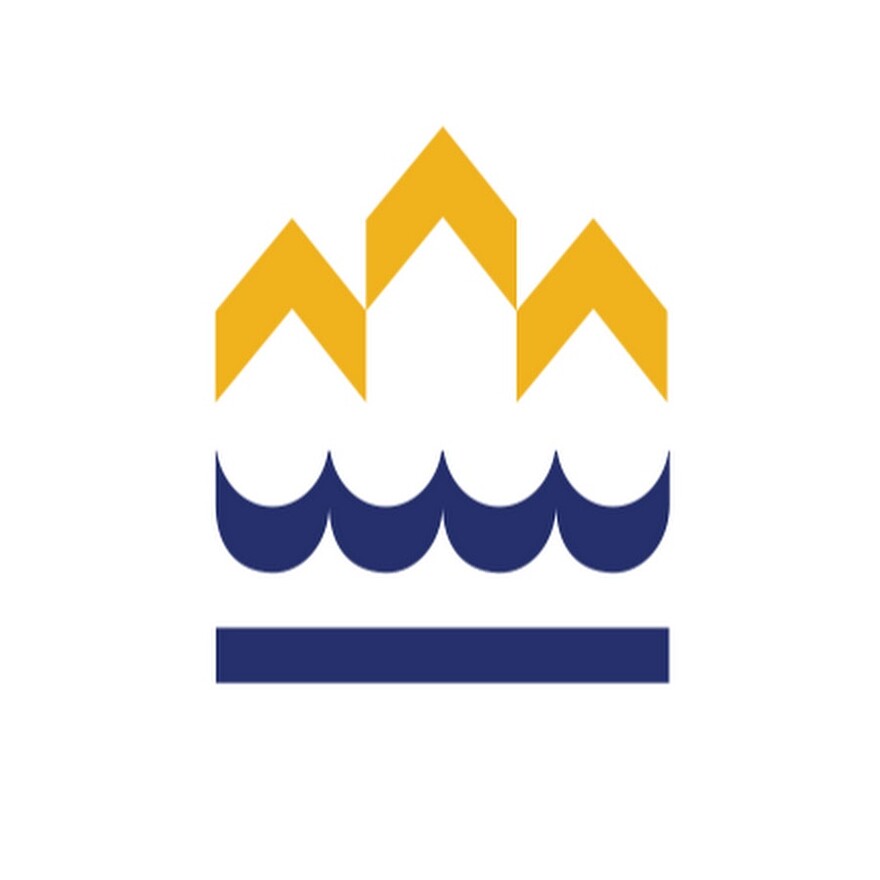 This is great, Pointe-Claire should use this type of consultation but mayor Tim Thomas opposes anything that would actually benefit developers.

Seems as though the zoning exemption was refused by referendum, unless of course I’m misunderstanding something.

That’s a really darn shame. They would rather look at those decaying body shops and Alfonso’s titty bar (Bzaz is Levantine Arabic for titties) than have some modern transit oriented development — with ground floor local commerces — be built 100 m from a metro station.

I’m really surprised. I know traffic on that part of Gouin can be intense, but with line A higher frequency than the DM line and express bus, new sidewalks in the neighbourhood, greater variety of commerces at walking distance (and les of those body shops), it’s disappointing that even this project was deemed unacceptable for the area.

Unless the fed or provincial government step in and force zoning changes the west island branches will be desolate and empty, its honestly the worst investment ever made in this province, and that says a lot

I wouldn’t say it’s the worst investment ever, it’s just politicians who did the generally politically popular thing in building the REM, are not willing to do the politically unpopular thing with suburban voters.

Realistically, now would be the time for the CAQ to ensure profitability by unilaterally upzoning areas next to (within say 500m) of rapid transit. The rule would almost exclusively affect ridings on island that the CAQ would not be winning any time soon. They have 4 years for the dust to settle and it would 1) Increase housing stock, putting downward pressure on prices, 2) Increase the likelihood the REM is not seen as a white elephant which probably would probably make it a wash politically after 4 years.

Unacceptable for the area was 96 applications for voting and 26 were accepted if I read correctly. The bar to kill the project was 20. Based on what I’ve read about Jim Beis, he’s not exactly a friend of moving forward with densification.

I get that we do want public participation, but can we set the bar a little higher here? I bet you far more than 20 would be elated to have a home next to transit, and a fair number more would be stoked to have a bakery/cafe at the ground level.

Densification in Pierrefond is tricky. I think it’s upward of 95% residential, predominantly single family, and low density. I think upzoning will need to be “aggressive” to some extent. Both areas around those stations should have been designed with sustainability in mind in the first place, even before the REM.

I agree with all your points but not of it will happen as long as the current procedure is in place. So the West Island branch is bound to be a multi-billion $ waste.

I don’t share that level of pessimism. Mixed and dense projects are being built, NIMBYS from West Island boroughs and not-boroughs can’t block densification indefinitely, and (although not as fast as I personally would prefer) the West Island is transitioning into a more sustainable urban form.

I feel like this is going to happen whether they like it or not. At some point, the rental market, the promise of new revenues and or traffic is going to force either the municipal or provincial government’s hand in the matter.

I think if anything will trigger a huge shift, DDO (At Marché de l’ouest or Galleries des sources), Pointe-Claire (At any of their dying malls, but probably Fairview first), Dorval (at Jardins Dorval) or Pierrefonds (At the REM Stations or around Provigo) is going to build a Westbury Lite, people are going to like the fact that some neat restaurants opened near their place, and all the sudden the idea of density doesn’t seem so scary. One of them folds and they all tumble. My money’s on DDO as they’re already seeming not super hostile to it. Realistically, we just need to wait out people like Thomas, he only won by a handful of votes, and upcoming mayor’s aren’t always going to fundamentally opposed to something a good thing that they throw away free money.

I also think Legault has some good reasons to do it too. As it stands, the REM will probably be super under utilized, and the Caisse will probably come in and nudge him to help em out with a change that won’t cost them a dime and they can use it to show they care about the housing crisis.

Personally, I actually don’t think any of the theories are particularly unlikely. The only thing I fear is that for great placed projects like these that get refused now, will build something else that can’t be easily knocked down once a more favourable government comes in.