Not to start another shit storm, but 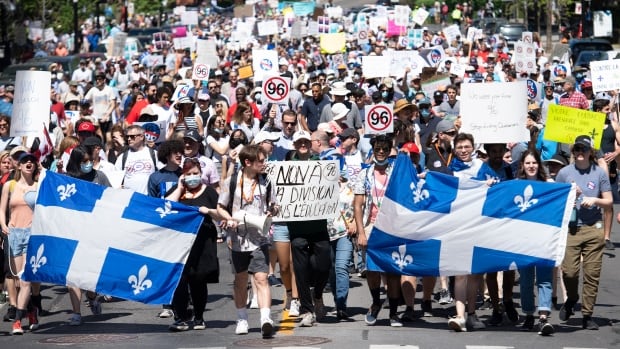 A report commissioned by the Quebec government — and then kept hidden — lays out in detail why many newcomers are likely to require more than six months to learn French, contrary to new rules put forward in the province's updated language...

Even the government knows no-one can learn French in 6 months, yet tried hiding it from the public until it got leaked.

This bill was never about protecting French, it was about creating a supremacy and to divide people based on language and their background. We’re living in scary times in Quebec, and the people will pay for the actions of the elite and their fear tactics, time to fight back to ensure Quebec remains progressive, open and hopefully a leader on the global stage. 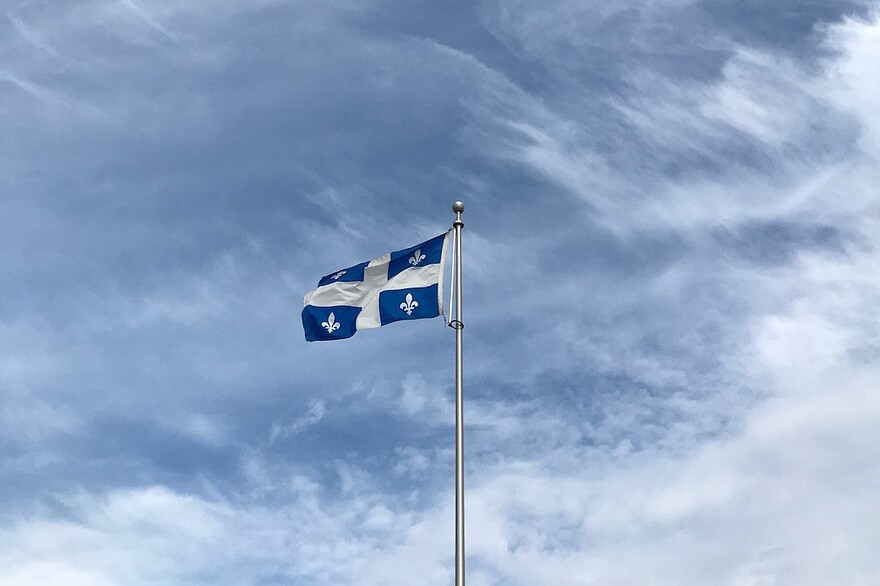 The Canadian Council of Innovators (CCI) has sent a letter to the Québec government protesting Bill 96.

‘‘The letter stated that a talent drain is already happening, but “it’s not too late to change course.”’’

‘’“We expect the debate surrounding Bill 96 to have a marginal impact on our talent recruitment activities as we are essentially targeting French-speaking talent pools (France, Belgium, French-speaking Africa, Maghreb) and/or candidates who are interested in learning French. Long before Bill 96, our recruitment activities in London and the United States generated unsatisfactory results that prompted us to turn to the above-mentioned talent pools.”’’

‘‘For example, Google in 2021 that it plans to build a proposed $735 million CAD data centre in Beauharnois, Québec. BetaKit reached out to Google to see if Bill 96 might change those plans, but did not receive a response by presstime.’’

So nothing to see here

‘‘IBM said in February it was partnering with Québec’s provincial government over five years to launch a new accelerator program. Called the Québec-IBM Discovery Accelerator, the program is meant to establish the province as a leading technology hub in the development of quantum computing, artificial intelligence, semiconductors and high-performance computing.’’

In february when we already knew about the bill.

So, companies that are worth millions and billions and are already dealing in multiple languages in multiple countries dont seem to be bothered by french, who would’ve thought.

It’s not the French they’re bothered by lol, it’s the lack of resources by the government, the millions needed to be invested in to enforce the language + OQLF getting police powers that can impose on NDAs, client confidentiality and of course, unwarranted search and seizures which violate privacy, safe searches and are ludicrous to begin with.

And yes, Google and IBM haven’t said anything, nor did companies getting massive tax breaks and subsidies. The ones that spoke out are local based ones, ones that do not get these incentives…

It’s not the French they’re bothered by lol, it’s the lack of resources by the government, the millions needed to be invested in to enforce the language + OQLF getting police powers that can impose on NDAs, client confidentiality and of course, unwarranted search and seizures which violate privacy, safe searches and are ludicrous to begin with.

As far as I remember, this was already possible under bill 101, bill 96 only clarify it for digital documents.

And yes, Google and IBM haven’t said anything, nor did companies getting massive tax breaks and subsidies. The ones that spoke out are local based ones, ones that do not get these incentives…

Listening to you, one would think that you need to be a millionnaire to write something in french lol (unlike english)

And let me remember something to everyone: Im against this bill. But your take on it dosent help anyone. Its Gazette level of misinformation and fear mongering.

Considering we have close to 250 studios and are a top 5 global hub for gaming, this is very serious. We already lost Playtika with their downsizing, we cannot afford to lose more. Especially with an industry that brings Quebec nearly $2B in revenue yearly.

According to Quebec’s industry ministry, over 11,000 people are employed in the Quebec video game industry, which generates nearly $1.75 billion in revenue every year. But those who work in the field say Bill 96 is putting all of that in jeopardy.

I work in the sister industry (vfx) and accepted an offer a week after 96 to move to another studio in Vancouver in December. The recruiters from Vancouver are actually cheekily using 96 to court us. (It’s all in fun and I already was in conversation with 2 companies in the west before 96 got ascent anyway).

The vfx industry is also on edge. Some of our clients (capital D) already expressed to us that they will not tolerate their data being subject to search and seizures.

I am looking forward to Vancouver anyway. I do love the Asian food there as well as the mountains! And my body can’t handle hangovers anymore…

Considering how this bill can easily wipe out all the gains we made (which took 30-40 years to recover) I hope they do backdown. Considering there is a recession looming, that + this bill being kicked in will make Quebec the hardest impacted jurisdiction and I refuse to see us suffer again.

Funny that in the article, the guy says “yea I left because of bill 96”, and then right after he says “I was offered a better pay”.

Lol… Pretty sure money is a bigger factor than language. And thats true everywhere (except in Quebec according to some people, the worldly anomaly).

That’s not true. I’m leaving. And quite a few in my industry are. Anyway, it is economic news and I believe the original poster explained why in a detailed manner in his/her original post.

There are other members who have rudely shut down my argument in the past and on the advise of the moderators, I added them to my ignore list. I advise you to do the same - you could even add me to your ignore list if you don’t like what I’m saying.

There’s freedom of speech which we should not limit because we don’t agree with the content. We should definitely draw the line when the post gets abusive and hurtful - in this case, the post was relevant and respectful.

I wish you a great day.

Ironic coming from you. And funny enough, I’ve actually worked in Japan before! Just 2 years but all the documentation, emails, meetings, conversations I had (and most of the time) were in… English! Maybe because that’s the default language in the business world.

And again, this law (I’ve actually read it, it’s clear you have not) indicates that a business will even get in trouble if any documentation to anyone, REGRDLESS where they are, is not in French. On top of search and seizures that will violate privacy of an individual and NDA’s.

In the past few weeks, 100+ Quebec tech CEO’s (an industry that employs nearly 200,000 people) + gaming industry leaders (we’re a top 3 city globally), lawyers, activists, constitutional experts, human rights experts, the healthcare sector and education sector have all spoken out against this bill. The fact that you ignore this and remain static on this issue just shows that you’ve either never read the bill and do not know the consequences of a vile bill that was made using tropes that are 40 years outdated. It’s also creating a snitch society, and no-one like rats.

I agree it should be in French too, but this bill will eliminate documentation in all other languages, which is unacceptable. Quebec remains part of Canada and must abide by it’s bilingual status and people should obtain all their documents in French and English. There’s a fundamental difference between protecting French and barring every other language and adding red tape, which will not protect French and will drive everyone away regardless of what they speak.

Lol I was hardly rude. There is an entire section conveniently made for debating this law, no need to hold unrelated sections of the forum hostage to this topic under the guise of “free speech”. There is plenty of free speech, but some of us don’t want to see people throw fists in the same language debate they have been having since 1973. Everything relating to the negative economic effects of this law is pure conjecture so far and hardly news. People leaving is anecdotal until it’s demonstrated in statistics. Until there is news of companies leaving, or official numbers on people leaving and it’s economic effects actually due to law 96, it isn’t news. I said that was my opinion and it was polluting the economic NEWS section of the forum.