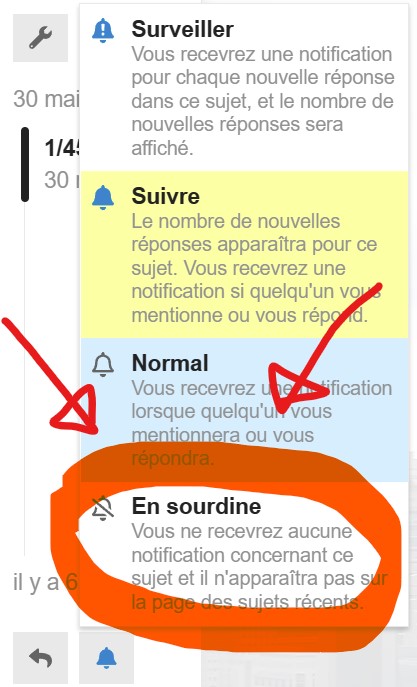 Very scary to see, the CAQ is plunging QC back into a backwards conservative ideology that creates classes based on language. Bill 96/21 already violate human rights and are VERY conservative and restrictive in nature and it’ll harm Montreal and Quebec. I really wish we would have electoral reform, considering the CAQ doesn’t even get majority approval of the QC population. It’s also sad/hurtful that very conservatives people outside Montreal call the shots on society, at the expense of our amazing city and at the expense of rights and freedoms.

Tell me where I said speaking French is backward. When you have laws that violate fundamental rights and freedoms/try to change the constitution (without the approval of majority of provinces, the feds and the courts), violate sections pertaining to courts, giving the OQLF the most absurd policing powers, presumptively use section 33 (which by the way, were meant to shield provinces from judicial supremacy, not curtail freedoms and shield court orders) that’s where society is going backwards here. It’s a huge right wing shift that does not benefit anyone, including francophones.

Tell me how Bill 96 will legitimately protect French, when Quebec has one of the highest illiteracy rate in North America, the lowest graduation rates in North America and the infrastructure pertaining to learning the language here is horrible (I’ll give you a hint, it does nothing to protect French, it just instates a supremacy over all and creates class division based on language).

I know it’s a tricky and sensitive subject, but I will not back down on a law that violates so many sections of the constitution and has multiple lawsuits incoming (and a good chance it will get taken to international courts) which yes, Quebec has to abide by.

This is where I need convincing. How is the backlash to this law different from the backlash to every discussion on law 101, that I’m sure at the time was seen as a major infringement on rights. Any step to protect french by the province aside from some good feels or kind encouragement would come with backlash, and with 50 years of hindsight, 101 today is seen by many as being instrumental in economic power of Francophones, their rights as well as the current linguistic demographics of the province. It also basically goes without saying that french, at least in the region of Montreal, would be well on its way to irrelevancy without 101. Doesn’t take being a francophone to know that, considering I’ve been through the English system my whole life

So in 30 years from now, would we just be looking at this as another piece of Quebec history? Also, without legislation, what should have been done to maintain french in Quebec, a question for which do nothing was not (and still is not for a lot of Francophones) a good option. Something as long term and difficult to learn as a language needs some kind of economic or cultural relevance to be learned seriously, and Quebec manufactured that relevance by enforcement through the education system. I also say all of this because compared to that watershed moment in 1977, this doesn’t feel as impactful or major

Well lets see, Bill 101 was necessary at the time. But French is stronger now than in the 1970s, the rate of people who can speak French is higher than Bill 101 times. Anglo’s do not control Quebec anymore/aren’t the boogeyman, the Catholic Church isn’t around either forcing French Canadians to follow their life and directly become poorer and less educated because of them. What we’re stuck with are old white French Canadian’s stuck with a mentality that is five or six decades outdated and goes against progressive Quebec ideologies.

So far, Bill 96 is not law as it has NOT received Royal Assent just yet. But I’ve seen the following happen

So again, how does a bill that

I can go on, but you get the point. This is not a law for the people, it’s an authoritarian one based on fear, populism and rhetoric that is outdated, sensational and xenophobic. The amount of lawsuits undertaken right now or about to be should be a very clear indicator of what the law is trying to do.

I have a background in Poli Sci (PhD) and have been looking and examining laws in Canada and the United States, while also being involved in the policy making process. I have never seen a law give so much power to the government and government orgs to make society conform. It reminds me of American right-wing nationalists and I don’t mean that in a kind way. This goes against Quebec values and literally undermines the notion that Quebec is the most “progressive” jurisdiction in North America.

On the other side, we will also never understand the hatred of certain francophones towards our rights to coexist. The lack of understanding that English is the language of commerce in the world. The pure hatred towards non white immigrants. The xenophobia and the continued unscientific bashing of immigrants. Laying the blame of entire social problems at the feet of immigrants. Being able to steamroll and ignore the native population that were colonized and then accuse the anglos of the same thing. Yeah, we get it. You hate us too. We don’t understand why. But we see it everywhere these days. It’s always easiest to blame the most voiceless and oppressed. Nationalism is a disease. Let’s “Make Québec Great Again”. Nostalgic nationalism is outdated and wrong.

Ask your provincial govt to stop going to other countries and offering tax credits to Anglo commerce. Stealing entire jobs that used to exist in the the US and porting them here via tax credits. Then realizing they need the workers to fulfill the jobs. Thus forcing us to move here. And then hating us for speaking the language of the jobs they stole. I never saw myself ever wanting to live here but years ago, my industry was slowly poached to this province. We all had to move. I made many quebecer friends and we all get along. To ask “can we at least have our basic rights respected” and have you turn around and ask why we hate you? You need to add some water to your wine.

The only problem here is a government that has spent the last four years fanning the fires of nationalism, dividing the province and resulting in two groups who don’t want to listen to each other.

As an outsider watching this unfold, it is a damn shame. It was such a promising province when we first moved here.

And before you tell me, if you don’t like it, leave. I’m one step ahead of you. We’re leaving. Most of the expats in my industry are. It was a good ride.

You’ll have your wish, you’ll hear less English in Montreal - not because everyone was inspired by 96 and learnt the language, but because many of us are leaving - and we will never look back.

To end, we don’t hate you. French is a beautiful language, I’ve always wanted to learn it and have done so. But I admit it lost its charm when they started holding it over our heads and threatening our rights. I stopped speaking it. I just got so put off.

This is the best thing I’ve read in a long time about the French/English and laws surrounding it debate , and I’m a Francophone from an all French-speaking family who went through the Quebec educational system that quite frankly , you are also absolutely right about . Underfunded failure with low graduation rates , probably in high schools I guess ? In any case , thank you for your detailed and argumentative answer , I will most likely reference it in the future .

You do need a subscription and idk how to get this article accessible for everyone. The burden of Bill 96 on Quebec tech firms - The Logic