Explore the contemporary design and architecture of Montréal, Canada's City of Design. 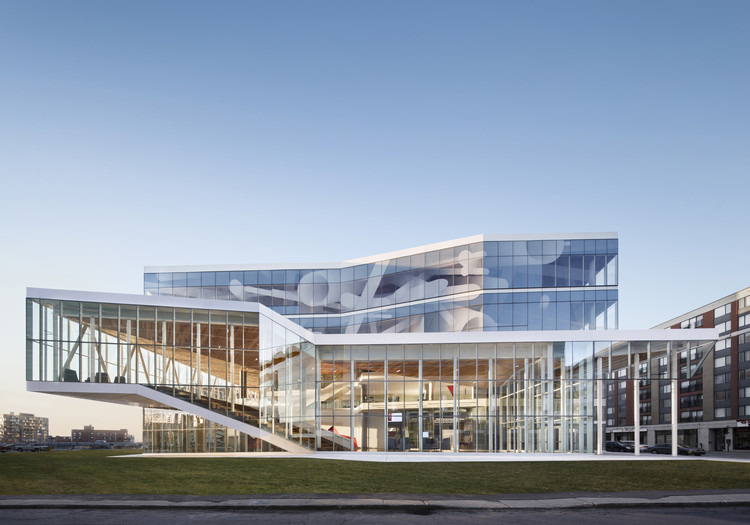 Few cities combine architecture and culture like Montréal. Canada’s second largest metropolis, the City of Saints has become a leading center for design, technology, and international events. With close ties to its natural context, the island city was named after the triple-peaked hill located at its heart, Mount Royal. Today, contemporary designs continue to emerge, new structures that are transforming the cityscape and its urban fabric. 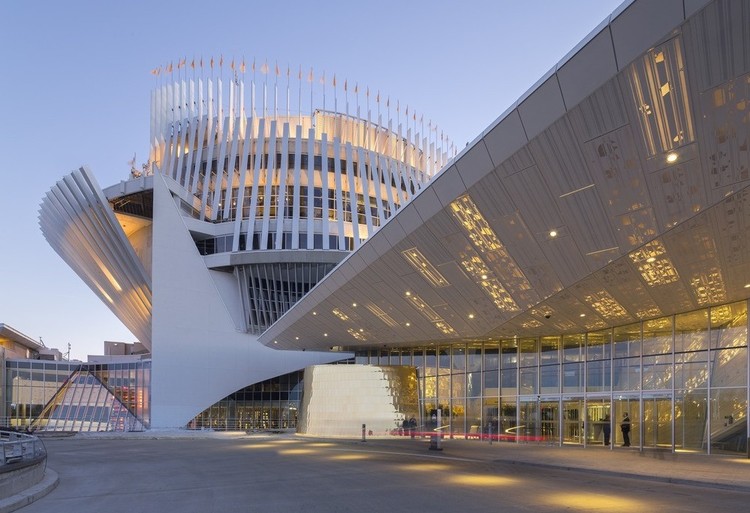 Revival of the Casino of Montréal. Image © Stéphane Groleau

Previously designated as a UNESCO City of Design, Montréal combines historic factories, mills, and industrial refineries with experimental projects like the geodesic Montréal Biosphere and Moshe Safdie’s Habitat 67. Housing distinguished programs at institutions like McGill University and Canadian Centre for Architecture, the city promotes education and civic engagement through public initiatives. These become realized through lush city parks, music and film festivals, and innovative buildings. Showcasing an architecture of openness and community, the following projects also feature inventive façades and building envelope assemblies in one of the world’s greatest cities. The CCNDG is the last project on the Benny Farm, a redeveloped WW2 veterans housing complex in the NDG borough. CCNDG is the last piece placed in a decades-long story of social activism, memory and collaborative design process that consistently rejected expediency for an expanding and inclusive idea of community. 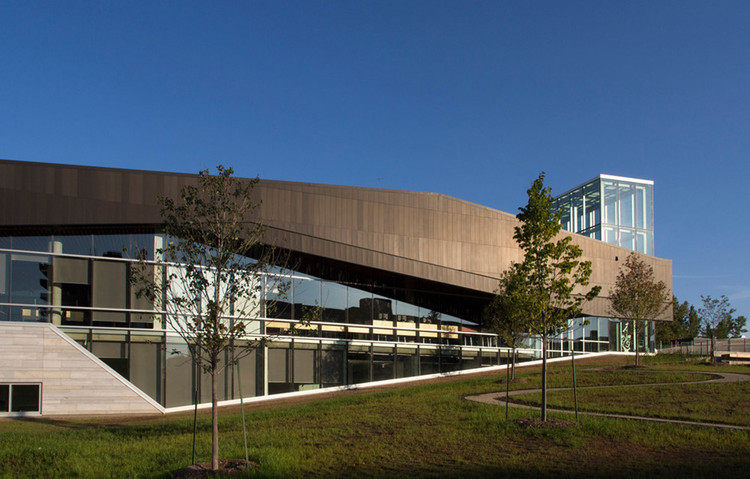 The Bibliothèque du Boisé was designed to become a place that fosters a feeling of belonging while promoting exploration and discovery. Located between Thimens Boulevard and the Marcel-Laurin Park, it covers a surface area of 5,000 m² and is integrated into the site by drawing on its major elements. 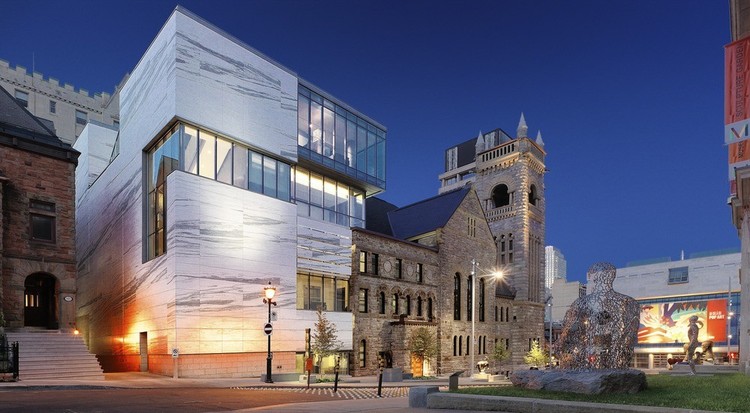 The Montreal Museum of Fine Arts (MMFA) was expanded by the Claire and Marc Bourgie Pavilion of Quebec and Canadian Art and Bourgie Concert Hall. Increasing the MMFA’s total exhibition space by 20%, the new Pavilion featured more gallery space, which doubled the previous display area dedicated for the presentation of the Museum’s collection of historical and contemporary Quebec and Canadian art. 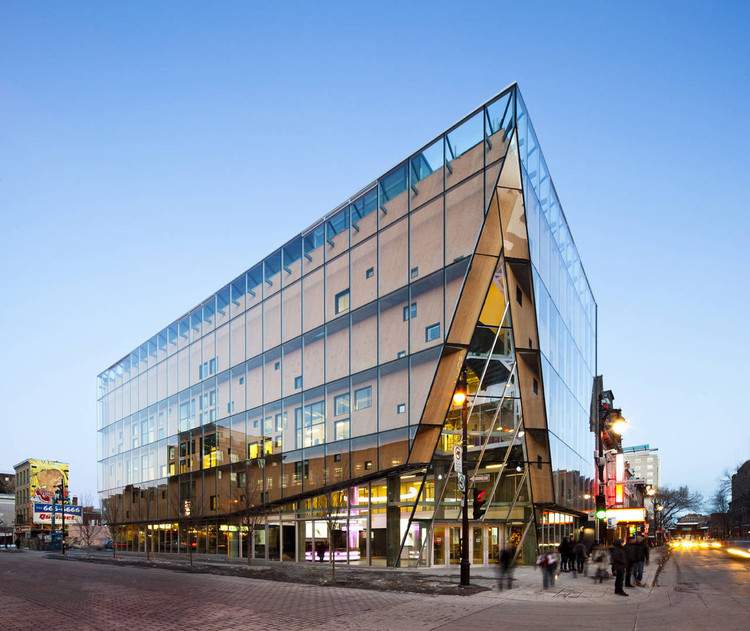 The new flagship building of the Quartier des Spectacles was designed by Ædifica and Gilles Huot Architects. Designed to meet LEED-NC environmental standards, this six-story building is located at the intersection of St. Catherine St. and St. Laurent Blvd at the center of the St. Laurent Blvd. revitalization project. This Pavilion is located in Basile-Routhier Park in Montreal, in the Ahuntsic-Cartierville borough, near Rivière des Prairies and its riverfront linear park. The project stemmed from a wish of the borough’s official’s to achieve a net-zero building to serve as an educational showcase of sustainable development in the area. 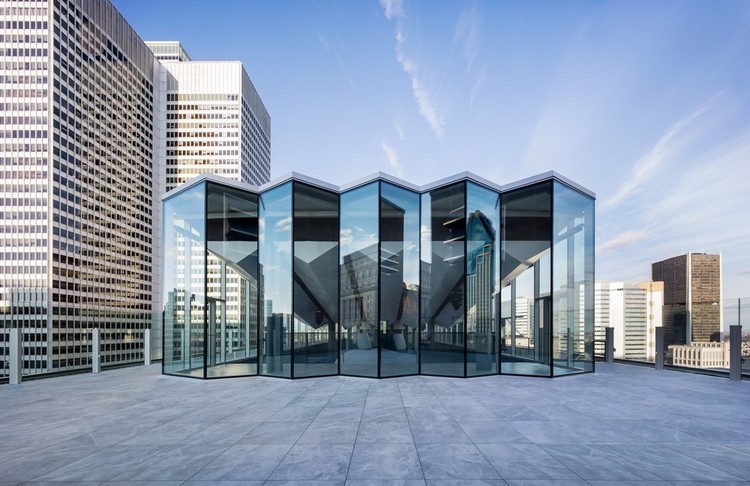 Espace C2 is the prototype conference center crowning the Fairmont The Queen Elizabeth hotel in Montreal – the centrepiece of the hotel’s business campus and a Montreal landmark. Elevated above the hotel’s rooftop, Espace C2 is an iconic structure that was made to pay tribute to the city’s creativity and potential. 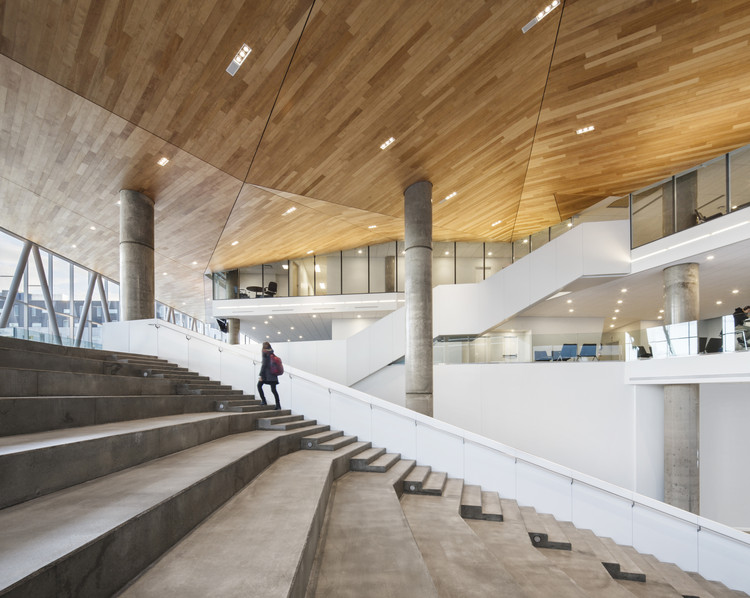 After four years of work, the inauguration of the Maison des étudiants de l’École de technologie supérieure (ÉTS) unveiled a signature building made to enhance an entire neighborhood in the Griffintown district. Inspired by an icehouse that once stood on the site, the crystal-like volume was designed to be light, open and airy.