All my life I’ve heard from people visiting Montreal saying how beautiful everyone is here, so I made a video about it 52 years ago this week, John Lennon and Yoko Ono checked into Room 1742 at the Queen Elizabeth Hotel in Montreal for a planned week-long stay in bed to protest the Vietnam War, and ended up writing and recording the iconic anthem “Give Peace A Chance” while in bed. Today, the suite is a Montreal landmark, attracting fans and celebrities from around the world who wish to view this remarkable place in history. Nearly demolished after its closure in 1963, Marché Bonsecours has been recognized as one of Canada’s 10 most beautiful buildings. Why 7% of Montreal is Moving Today The oldest and largest comedy festival in the world, Just for Laughs has been held annually in Montreal since 1983, playing host to the biggest names in comedy while also helping to launch the careers of dozens of others, including Jim Carrey, Kevin Hart, Jon Stewart, Norm MacDonald, Amy Schumer, Bill Burr, Howie Mandel and Dave Chapelle. Some see a money pit, others see a work of art: 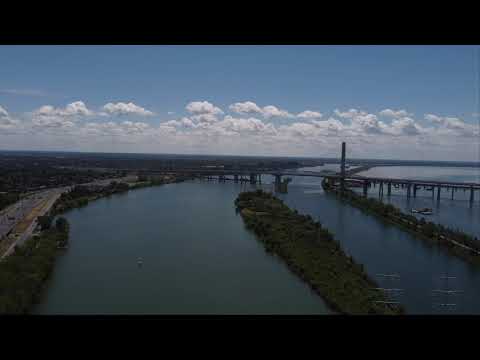