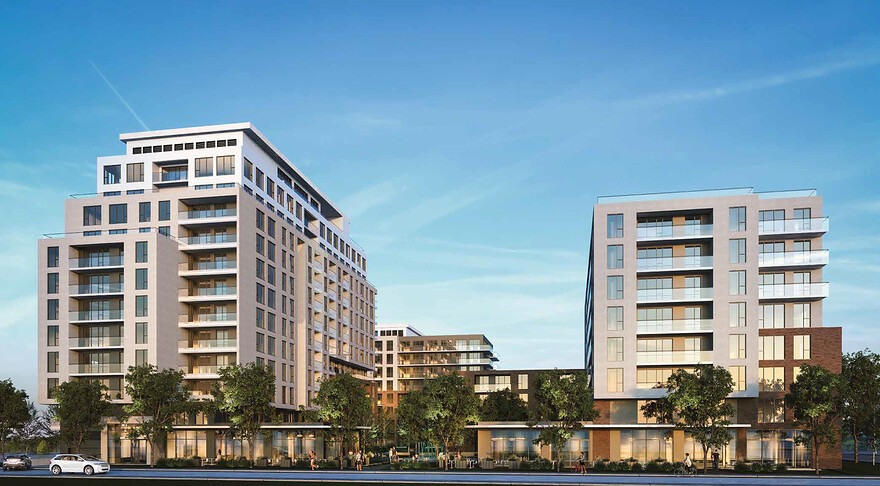 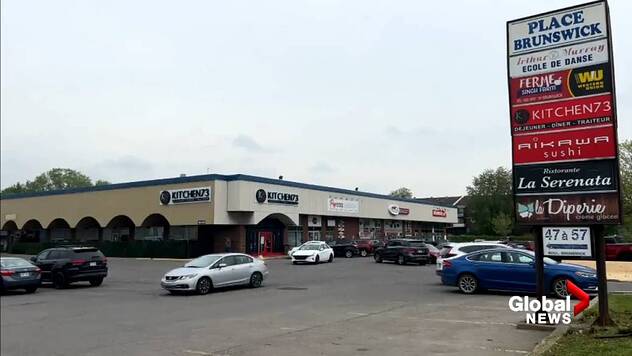 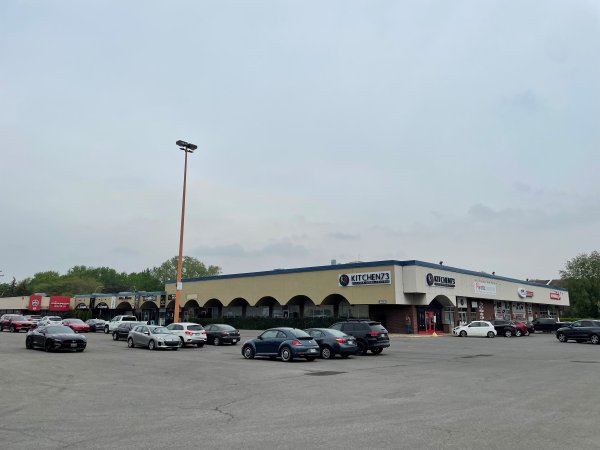 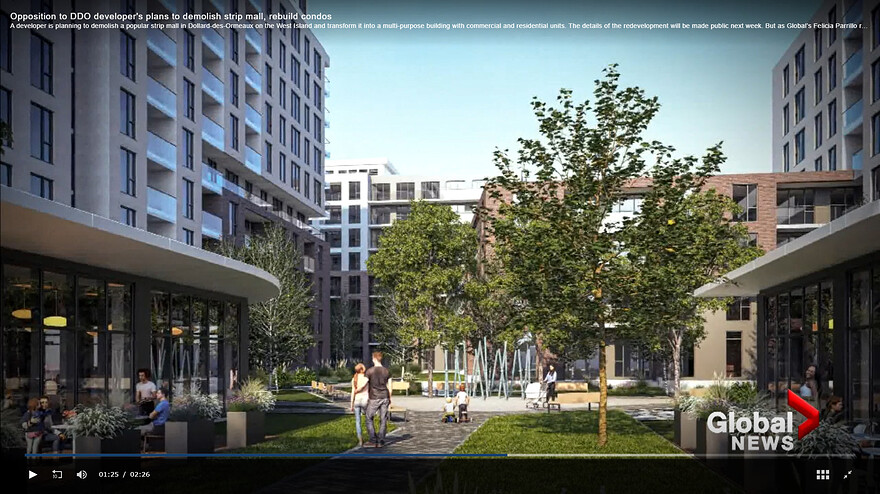 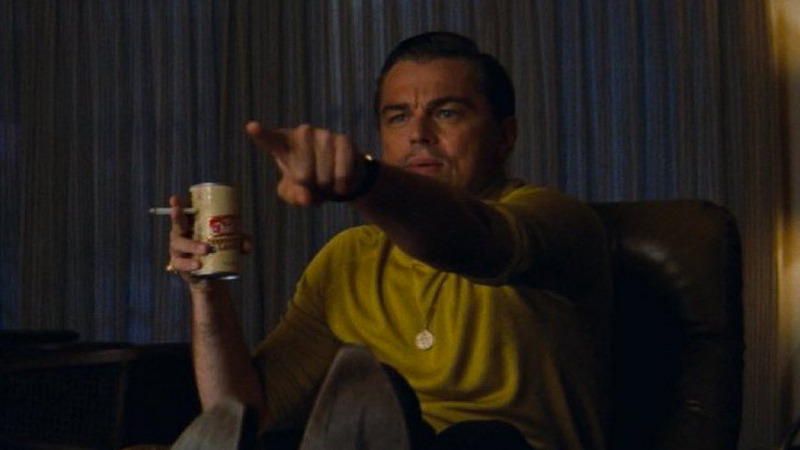 Developer wants to replace strip mall in Dollard-des-Ormeaux with 3 buildings, up to 400 units 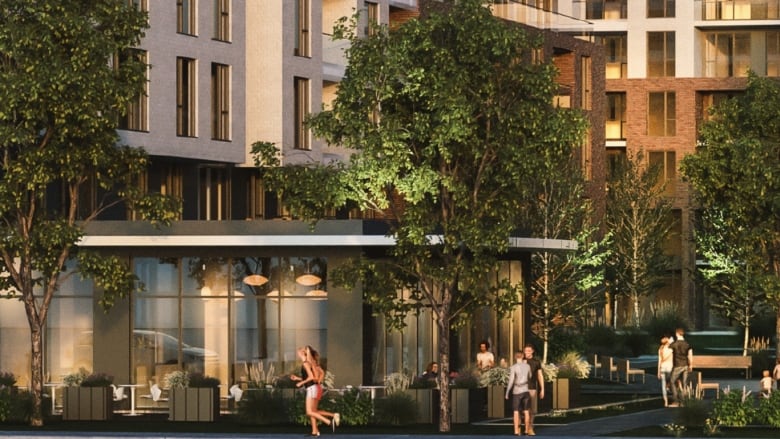 Residents in Montreal’s West Island are worried that a plan to demolish a strip mall and replace it with 400 condo units across three buildings will be an eyesore and bring more cars to an area already overloaded with traffic, and they’re trying to push back before it’s too late.

The condo buildings, which would be mixed-use with commercial units on each of the ground floors, would be located in the city of Dollard-des-Ormeaux on Brunswick Boulevard between Sources Boulevard and Davignon Street. It’s also steps away from Highway 40 and a future station of the light rail train network known as the REM.

“I’m for new ideas and new things but it has to make sense,” said Christina Bastian, who lives near the strip mall. “For the amount of traffic that already comes by here, I’m not sure I understand how they think it’s realistic putting twelve-storey buildings on this corner.”

Bastian went to a meeting at city hall last month to learn more about the project. She says the answers to her questions about parking spaces and how the new buildings would be integrated into the area were vague.

She’s now among several residents who are against the project and trying to get the word out in hopes that at least 649 people will sign a registry at city hall. That number of signatures would trigger a referendum on the redevelopment plan.

“I wanted people to have a voice because I felt like it was already a done deal,” Bastian said. “I wanted to at least bring it to a point where people can say yea or nay.”

Referendum on condo project is a must, DDO resident says

Christina Bastian, a resident of Dollard-des-Ormeaux, is hoping enough of her neighbours sign a registry in order to force a referendum on a major condo development project.

According to the project’s website, the property is owned by SSCALIA Properties Inc. In an interview with CBC News, a spokesperson for the company described it as a “transit-oriented development” that would have a “negligible” effect on car traffic given the nearby buses and and the future REM station.

Karim Boulos said SSCALIA hired a firm to study the effects the condo and commercial units would have on traffic in the area. The developer only shared a small excerpt of that study with CBC News.

Boulos also said the company has been as transparent as possible with residents, having given them several opportunities to weigh in, including a two-day information session last May.

“We’ve gone above and beyond what the bylaws and what the law requires in such a process,” Boulos said, adding that several changes to the project were made as a result.

He also said the back-and-forth with the city’s urban planning department has gone on for more than a year. In a brief statement, the city of Dollard declined a CBC News request for comment due to Wednesday’s registry and the referendum that could follow. 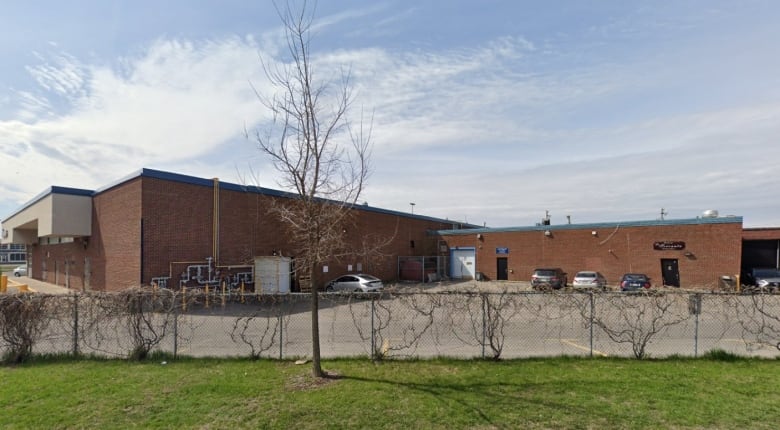 Some residents are worried that redeveloping this property, which includes a strip mall, will overload the area with traffic. Carmine Anoia, the owner of Kitchen 73, is on board with the project and says the area is need of being revamped. (SSCALIA Properties inc.)

Some business owners welcome the new development and already have deals in place to set up their shops there once it is built, even if it means being shut down for a few years.

“That area definitely needs a revamp,” said Carmine Anoia, the owner of several Kitchen 73 restaurants, including the one in DDO.

“We know that the project is vibrant so that we’ll take those two years off and come back and be stronger than ever.”

For Ranjit Singh, who owns Singh Farm, a South Asian supermarket at the mall, the condo development spells the end of his business’s 20-year-run.

“I’m now 61 years old, I cannot go move somewhere else to build up again,” he said.

The registry will be open at city hall on Wednesday between 9 a.m. and 7 p.m.

John Bakakis, who has lived in DDO for nearly 40 years and is against the condo development, says the referendum can stop — or at least slow — the arrival of high-rise condo buildings in the city.

“We want a proper development,” he said. “We don’t need a Frankenstein’s monster.” 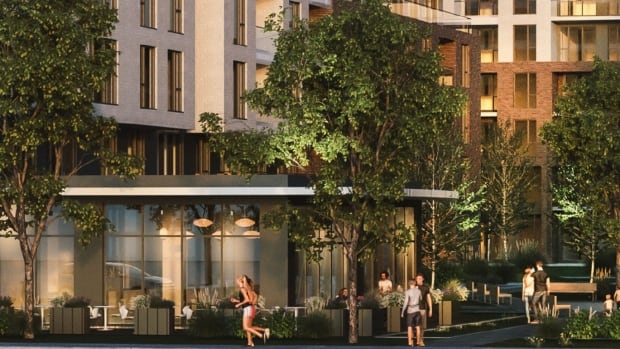 A real estate developer is looking to build up to 400 condo units across three buildings in Montreal's West Island. Residents in Dollard-des-Ormeaux are trying to push back before it's too late.

Some residents are worried that redeveloping this property, which includes a strip mall, will overload the area with traffic. 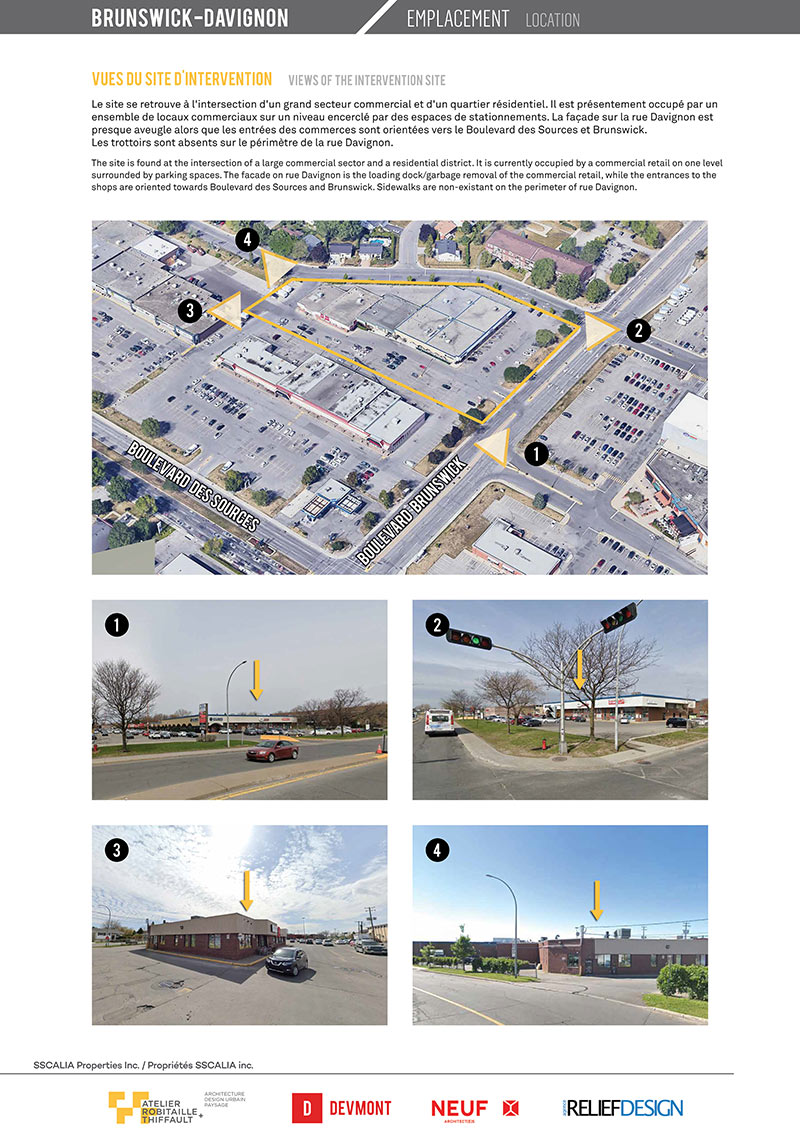 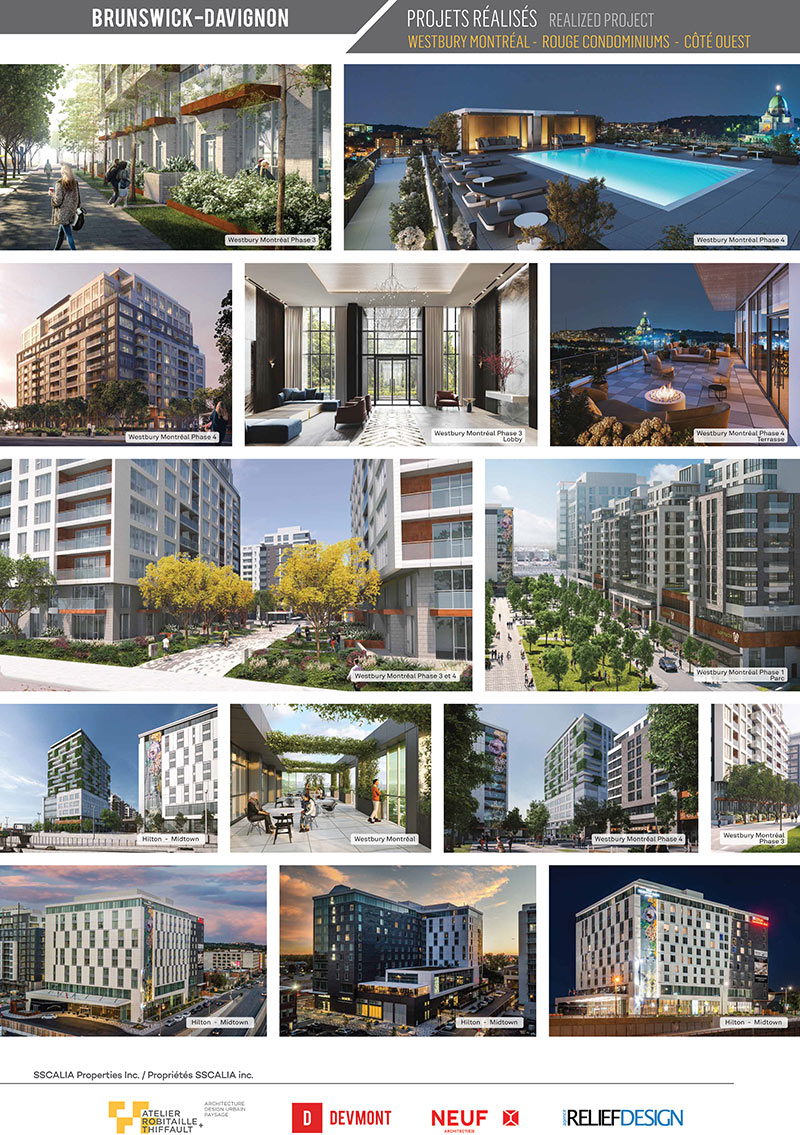 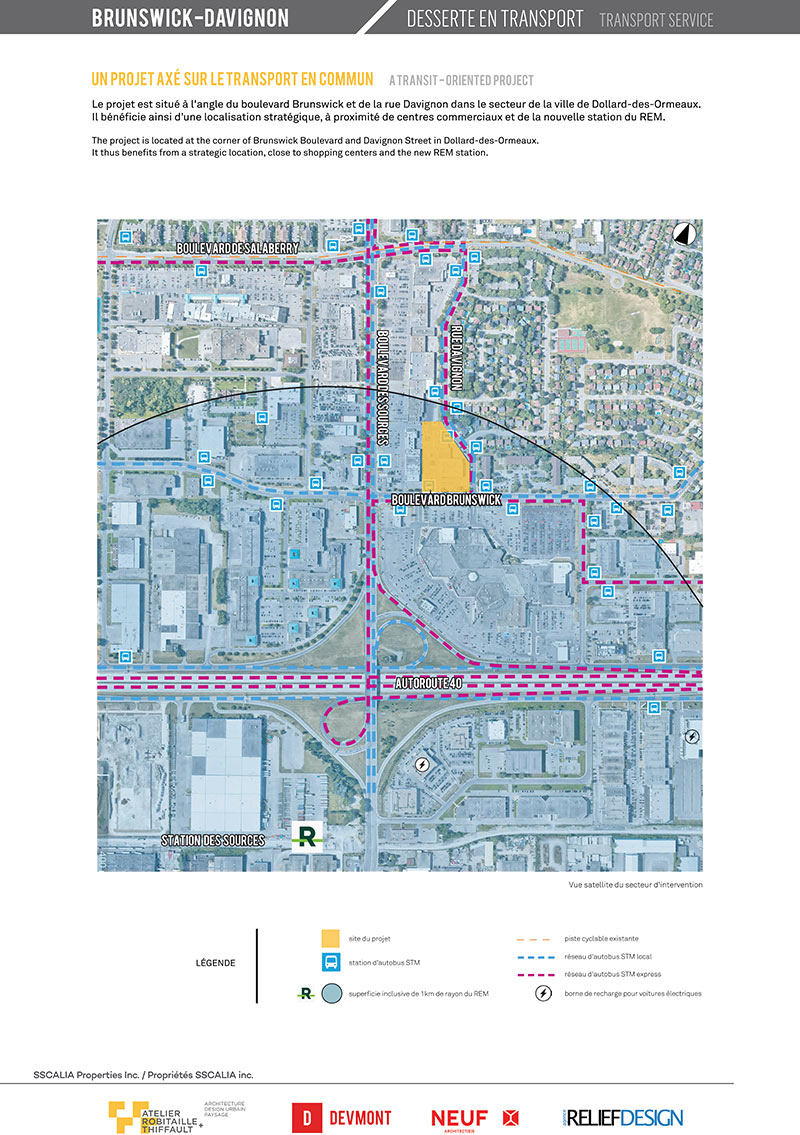 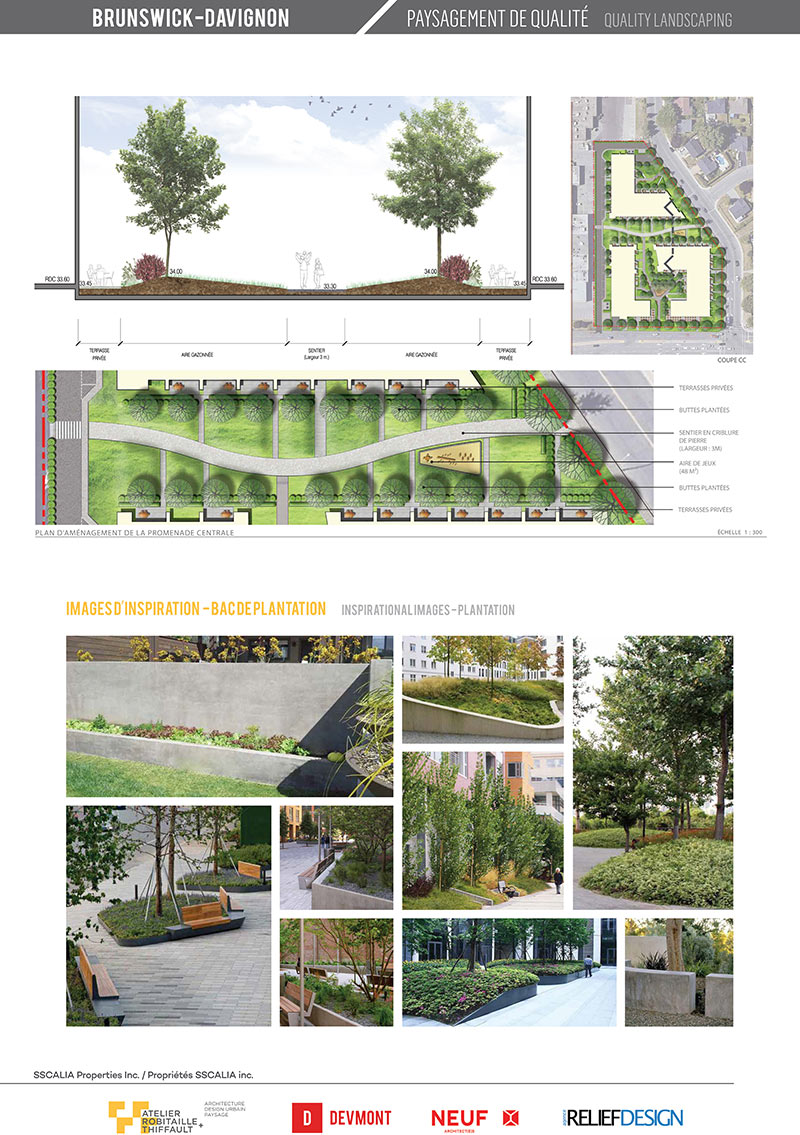 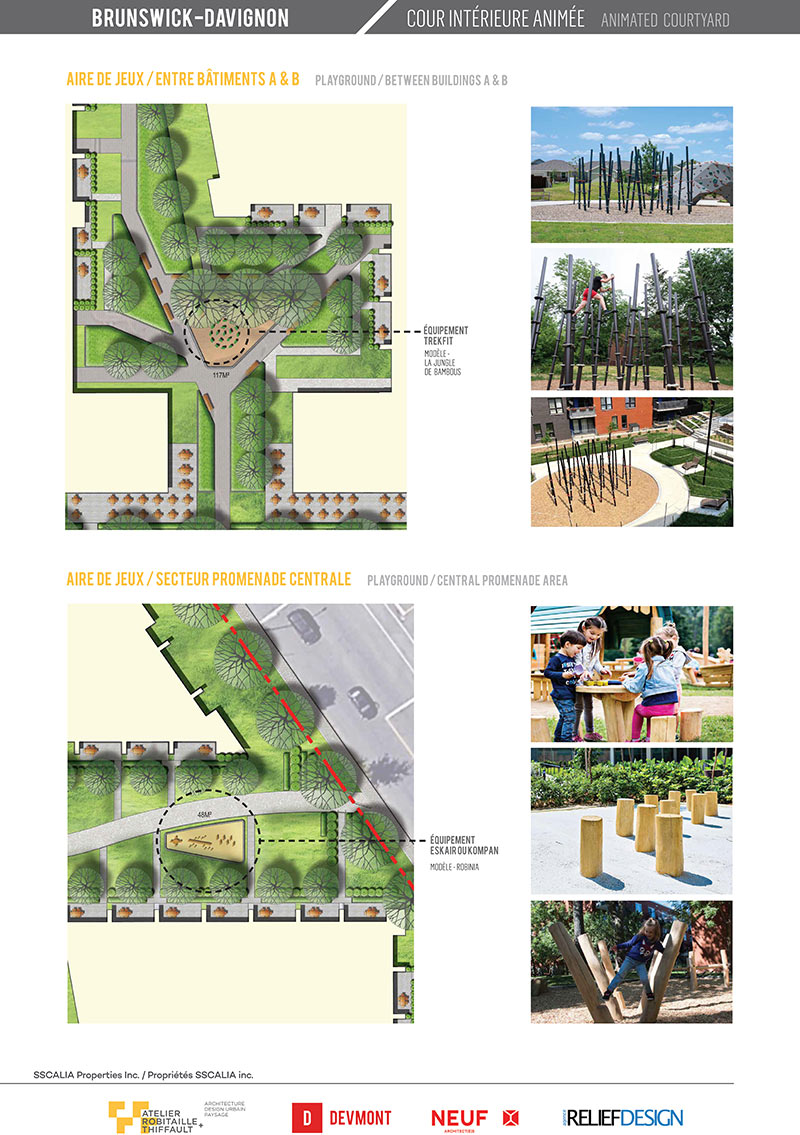 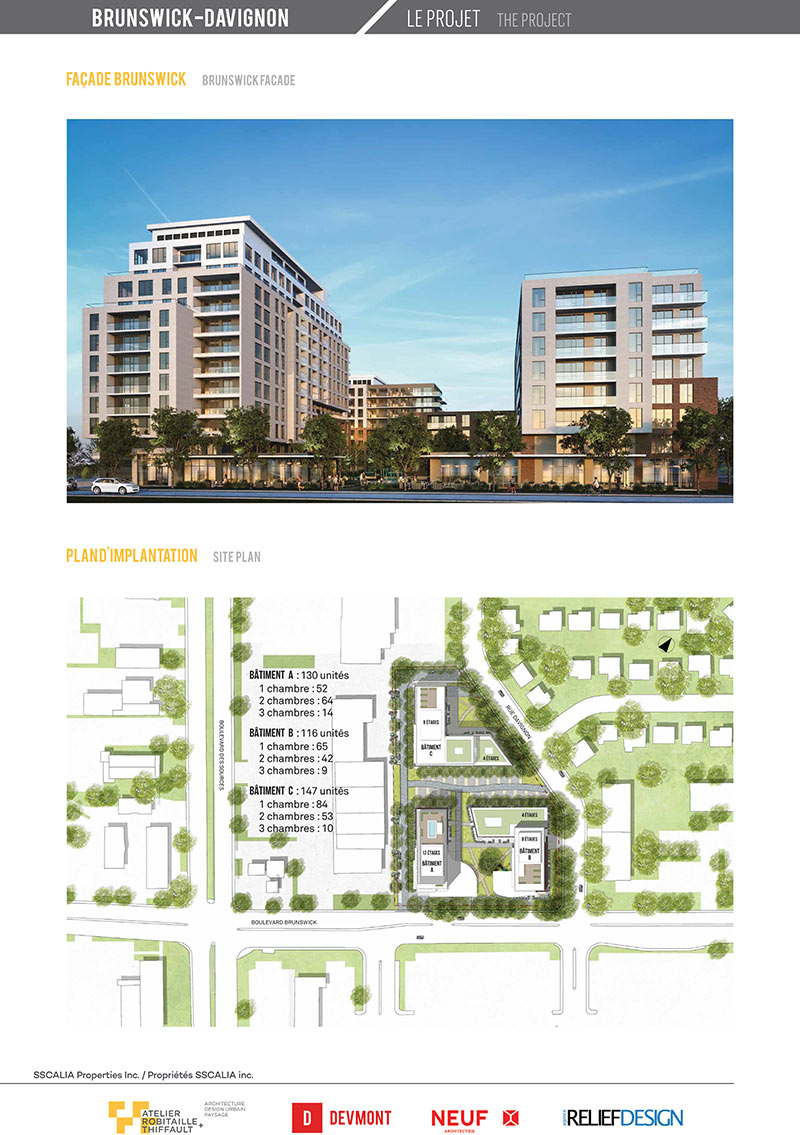 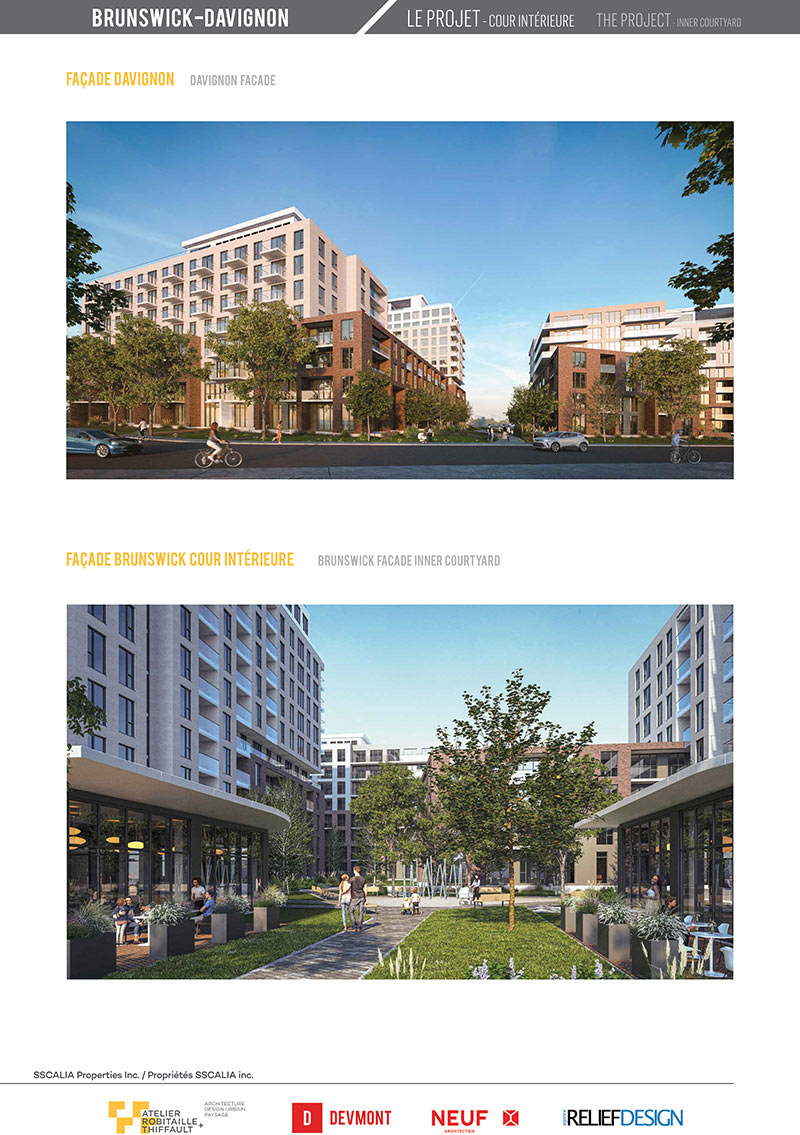 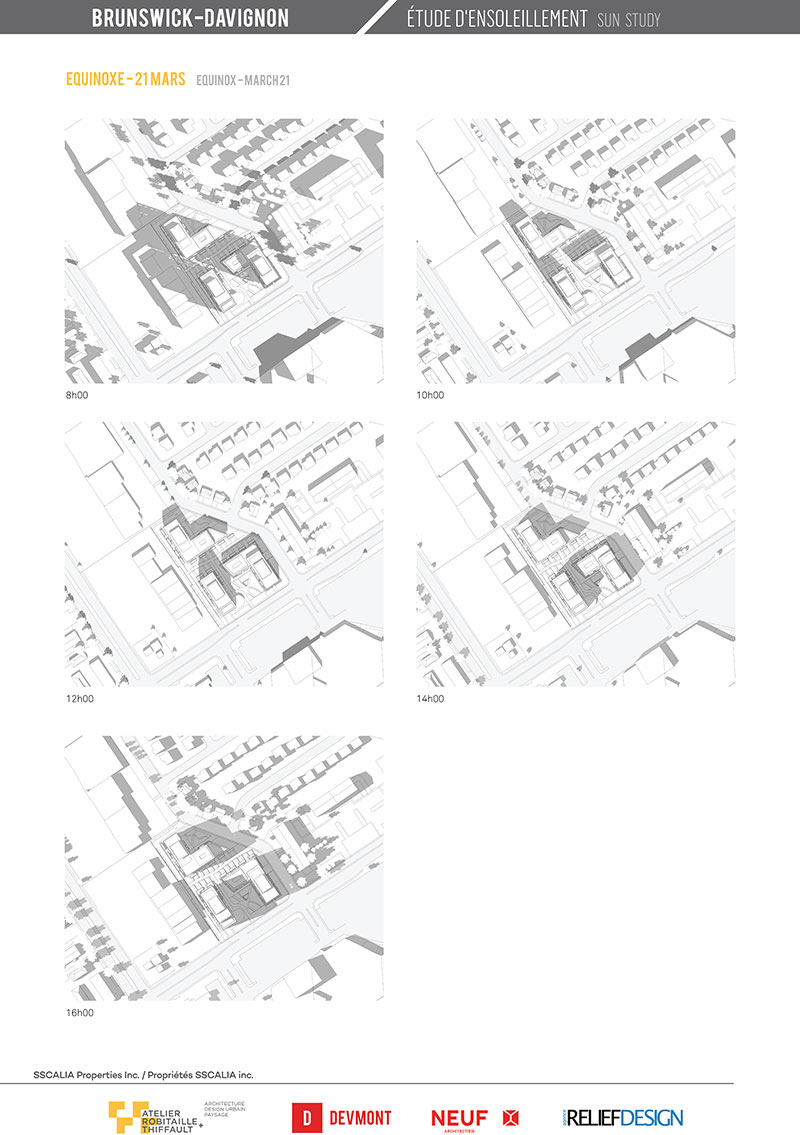 Special invitation to our neighbours in Dollard-des-Ormeaux for a presentation of the project, on May 24 and 25, 2022. We hope to see you there!

honestly it’s one of the better projects in DDO. As for traffic, developers are actually asking for less car parking than what the zoning demands, and emphasizing available transit options rather than the 40 like some other projects would.

asking for less car parking than what the zoning demands

Seriously though. This is the way things are going in general, my new construction for example has I believe 1 spot per 2 units as it is near Rapid transit. Granted, in this case it isn’t the best access to transit but you have the 208, 209, 215 and 409 basically at your door.

If we honest to goodness allow some real density in the west, things like Bixi, Communauto, and bigger investments in bus infrastructure (Real-Time Control signals, BRT, etc) become viable in these areas, making movement easier. I for one would love to see car sharing built in to new projects in the west. Parking can be set to 1 per unit (or less ideally) and then chuck a few round trip communautos in there and you’re looking at simple way of reducing the total number of cars.

All this to say that I genuinely believe that in blocking these projects, they’re making traffic worse in a roundabout way.

There will not be a referendum on this project. On Wednesday, a total of 377 residents signed the registry. The number of signatures needed to trigger a referendum was 649.