Signage is being installed, not all of it is done yet.

Each door into the closed part of the building is labeled A through G, which includes the bus drop off area: 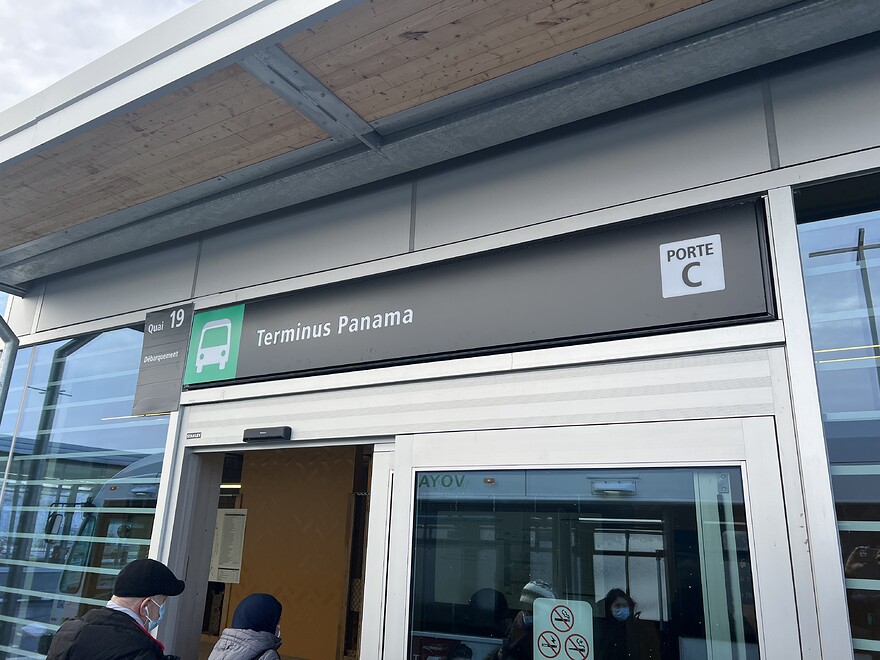 These signs glow at night, and I really really love the attention to detail. The bus shape and text are glossy, while everything else is matte: 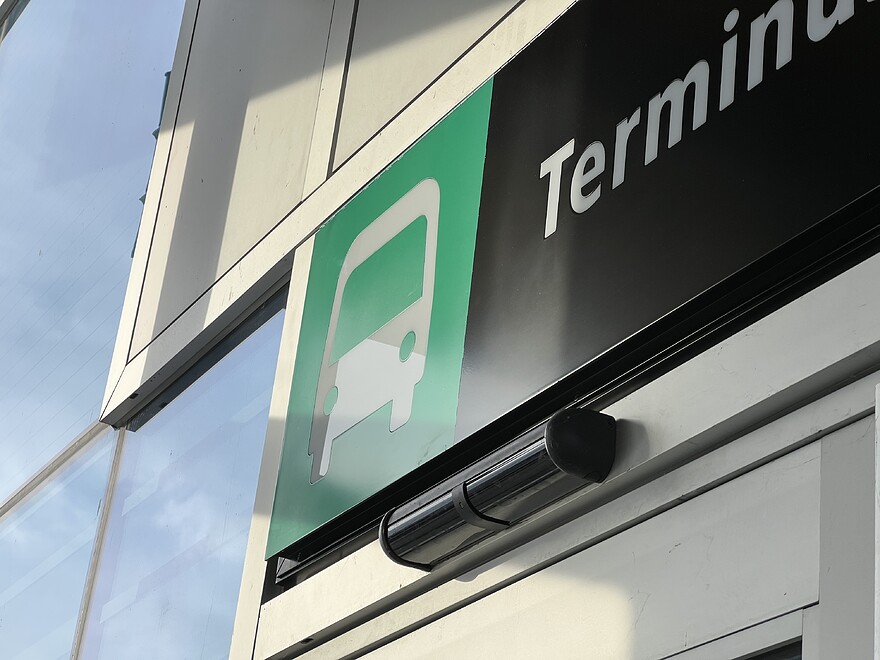 New permanent signs inside are being put up as well! These are not backlit. It’s somewhat confusing as the new parking lot isn’t open yet, and the new signs point to the left, when the current way to get to the temporary parking lot is to the right: Also a new sign was put up that display exo and RTL: The temporary signage by the main entrance and exit has unveiled the REM logo (and is open just temporarily I think, as they install the bike covering)! 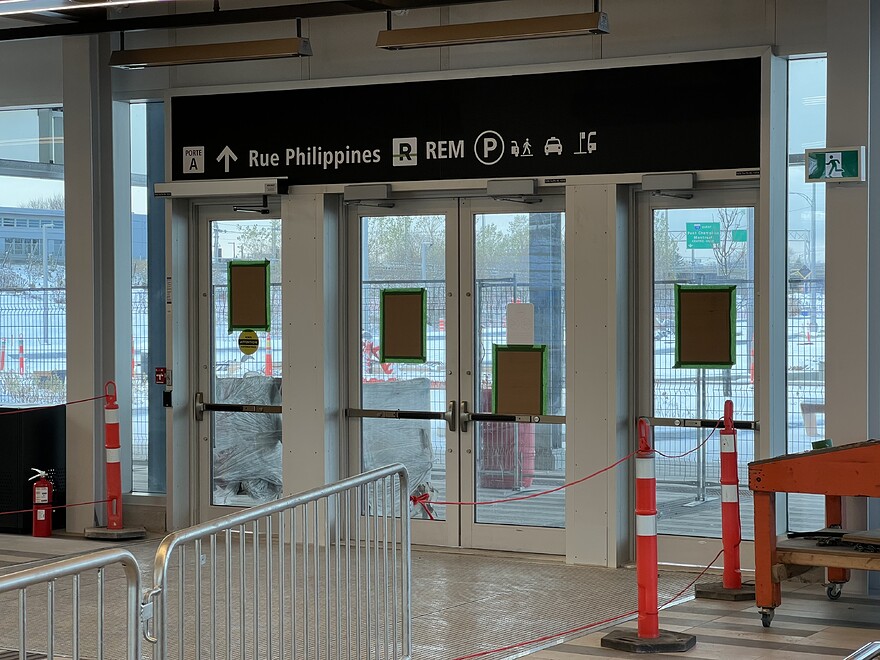 Just as I was there, the bike covering was being installed: 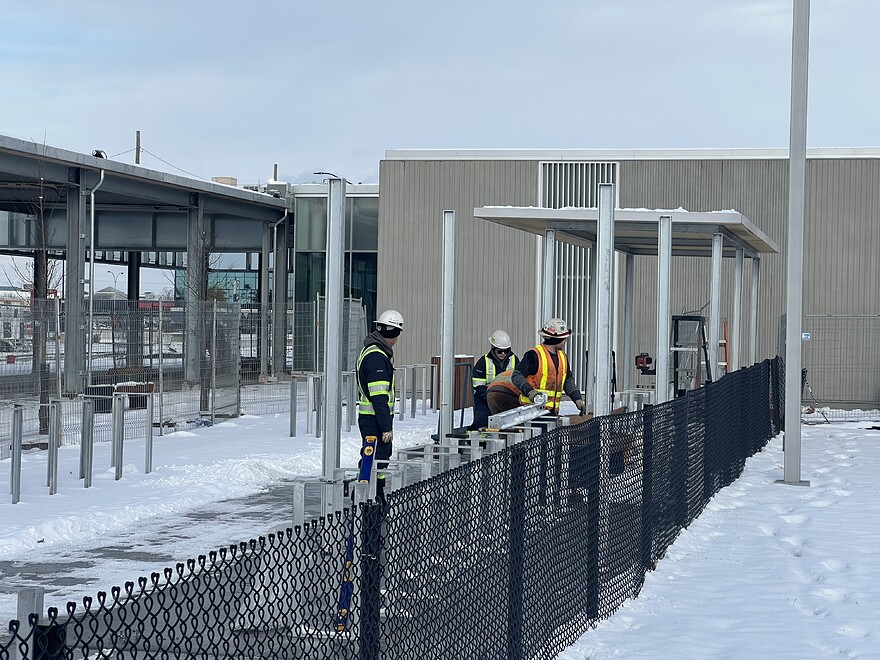 And while the bike roof was being installed, they guided people entering from here through the previously closed entrance: 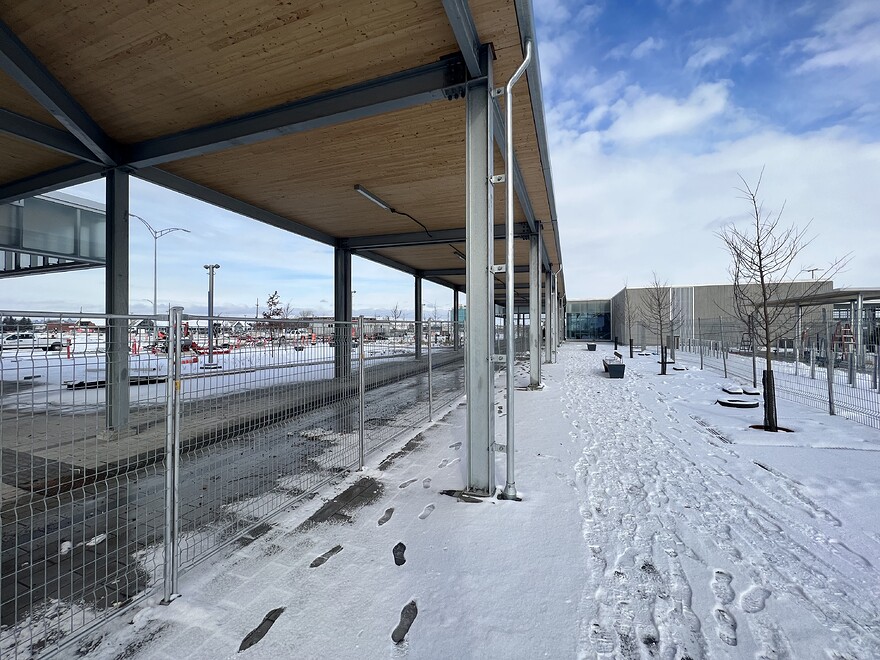 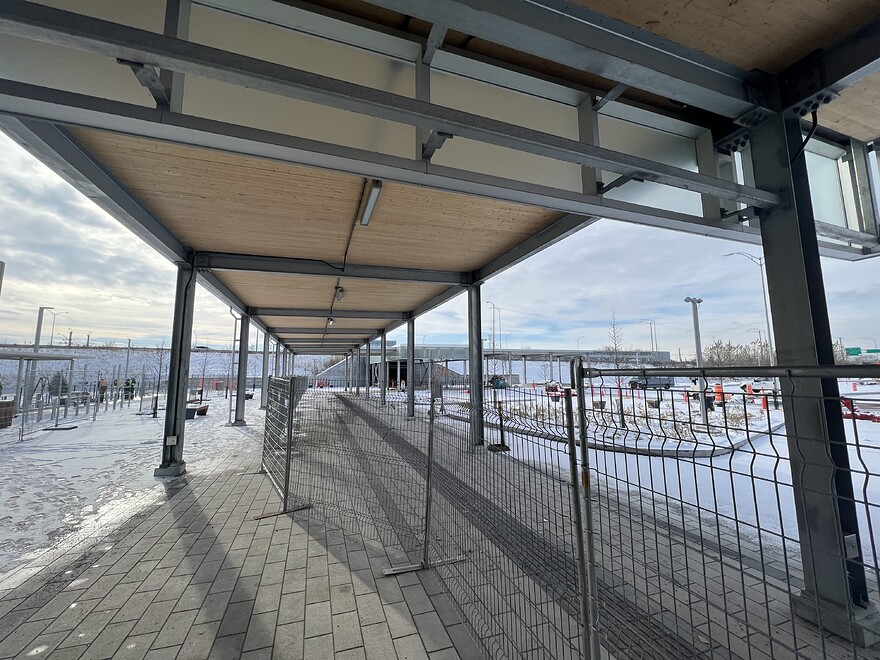 On the other side, the path from Sector T was open so I walked down the path for a bit but realized they’ll see my footsteps. I noticed they added a ditch between the homes, planted trees, and path: 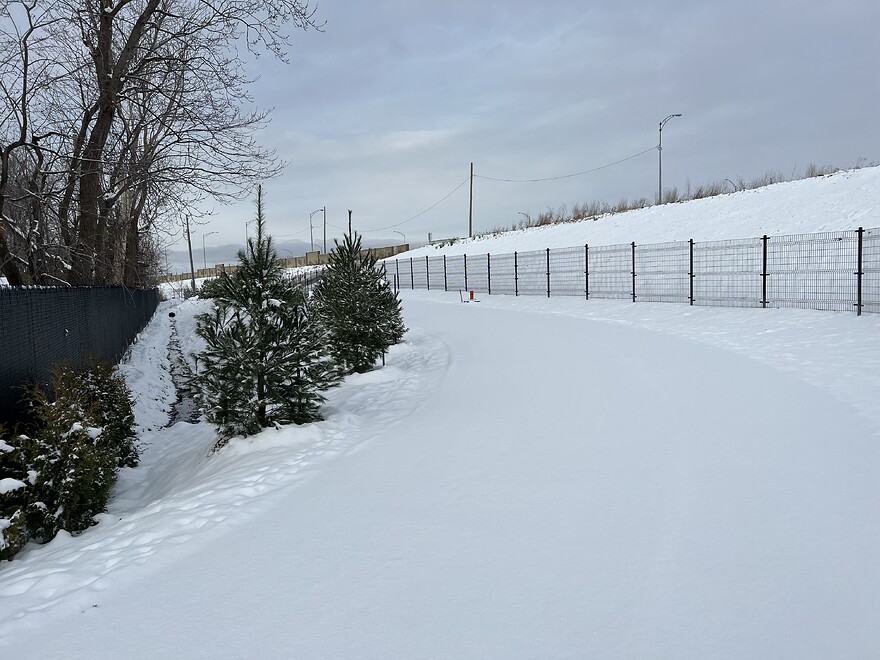 On an unrelated note, because of the Santa Parade with so many people travelling downtown, we had a surprise and the 90 bus (which normally goes between Chevrier and TCV) stopped at Panama to pick some people up: Wow ! It’s quite a guided tour that you made us there, @Mashdash !

I love what I see (and what you shared with us). And I can’t wait to take a closer look at all the stations of the whole network.

A huge thank you for being our eyes on the ground at Panama !

I believe these will be heaters.

In the bus terminal I noticed these posts
They’ve been put here for a reason, what will they host? 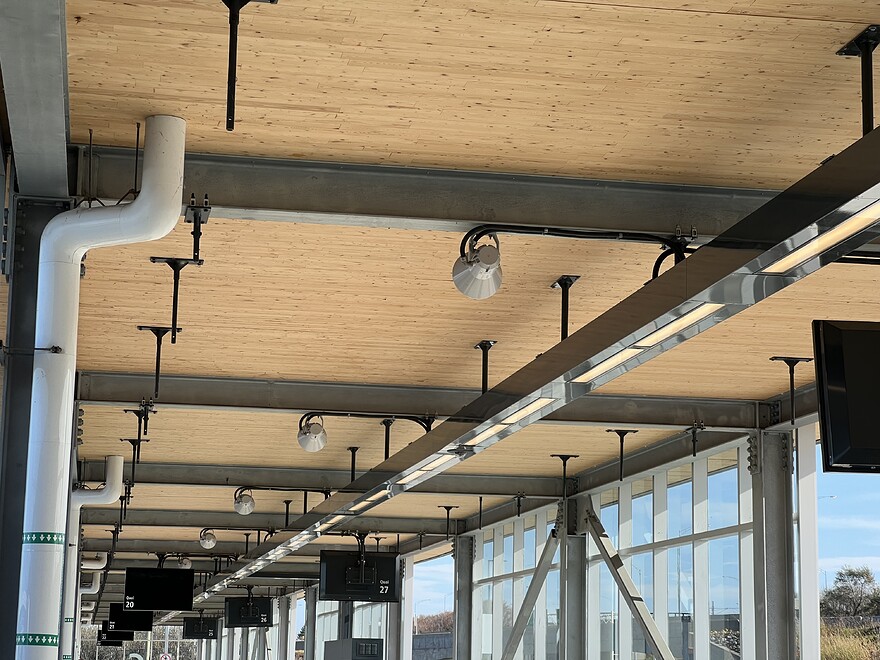 I believe these will be heaters. Yes! In another email I asked the REM, and they said heaters will be installed in the next few weeks which will be nice. They had a shortage and put them in the REM stations first because they thought it was going to open on December 1st

I went to aile A today and saw the wiring for the heaters as you said: 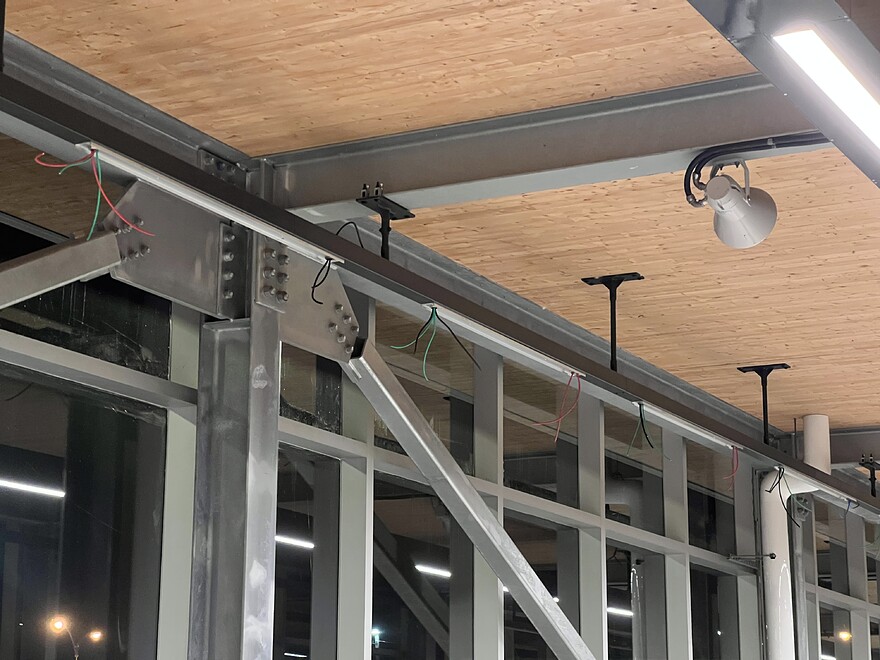 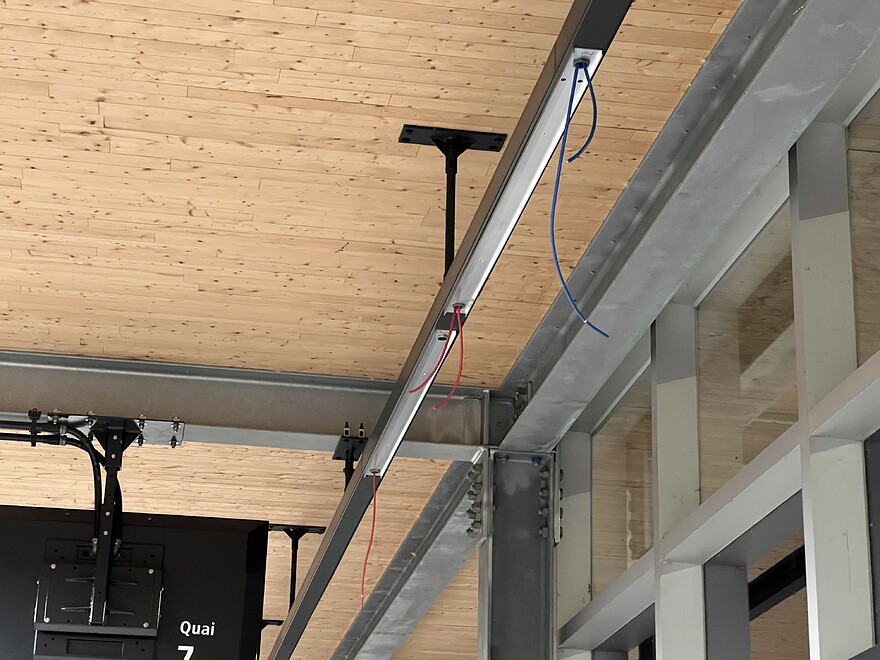 A few months ago I emailed about the bus signal not having bus priority. That’s still the case, I plan on eventually timing the current light and proposing how to change it.

I also mentioned how pedestrians and bikes feel like not a priority as they need to request to cross. They’ve now made all the crosswalk lights automatically activate around Panama because of that! Woo one step closer

I haven’t visited recently but I noticed that the permanent signage does not show the northern parking lot that was added on more recently (to the right in the photo above). Hopefully this means it will just be temporary, and instead replaced by buildings/park at some point. 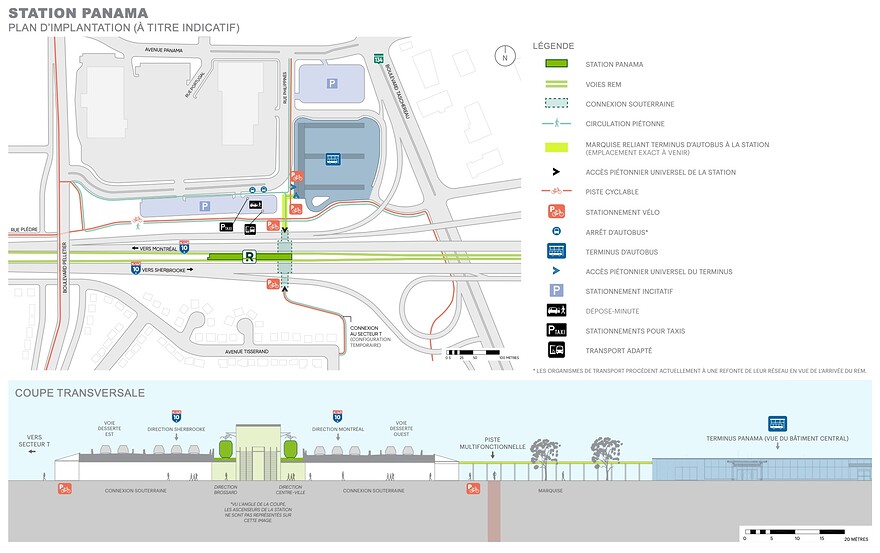 I have visited the bus terminal. Several changes surrounding the area. I wished to have seen this complete by tomorrow, the original date, but it won’t be. The metal structure to hold the heaters is installed in aile B, no cables yet!

Median strip line was painted, and lots of grass was added: 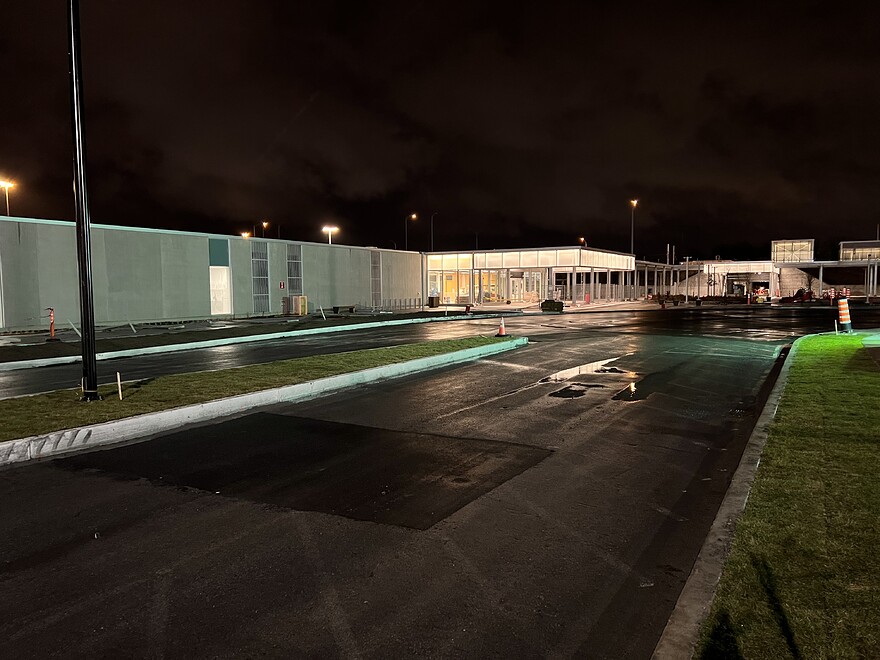 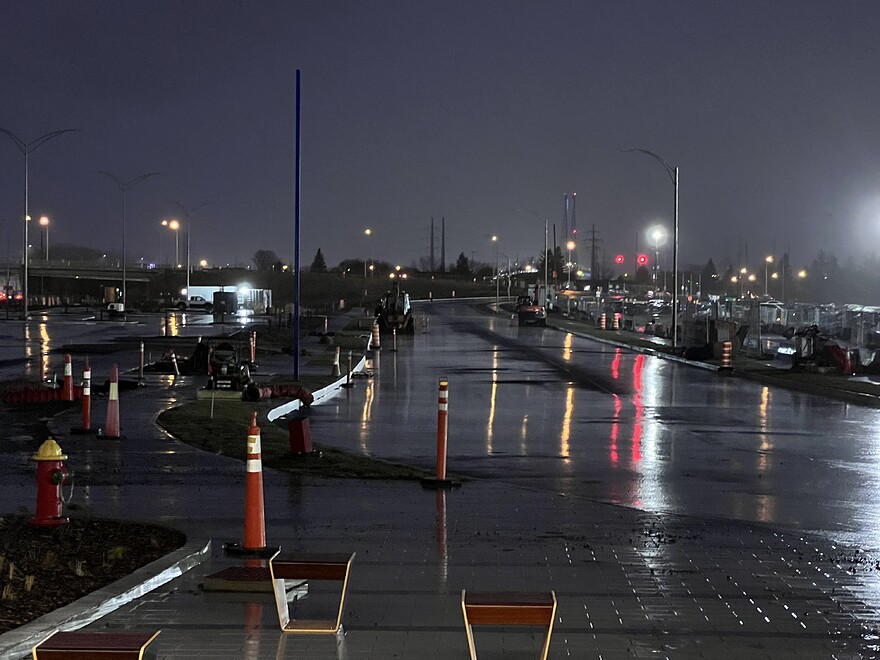 IMG_26904032×3024 1.44 MB
I believe the blue post is meant to be the future Panama bus sign that will go there, I think because it’s blue they’ll get some old AMT bus signs and use that until the REM signs are ready.

The sidewalk along the bus terminal is complete, with just the construction generator (lit up in the back) in the way now: 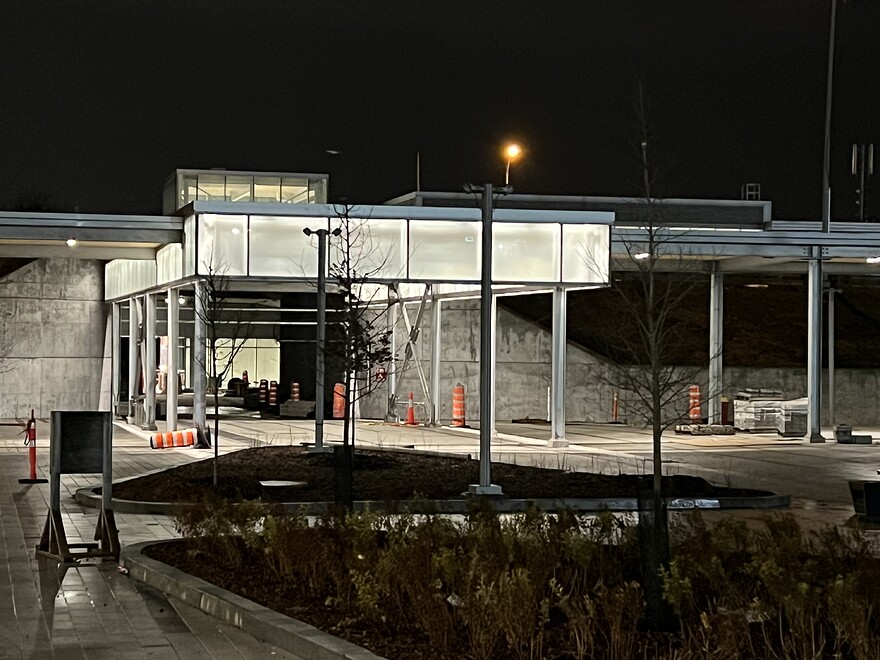 The bike parking is all blocked off temporary so people are working around that: 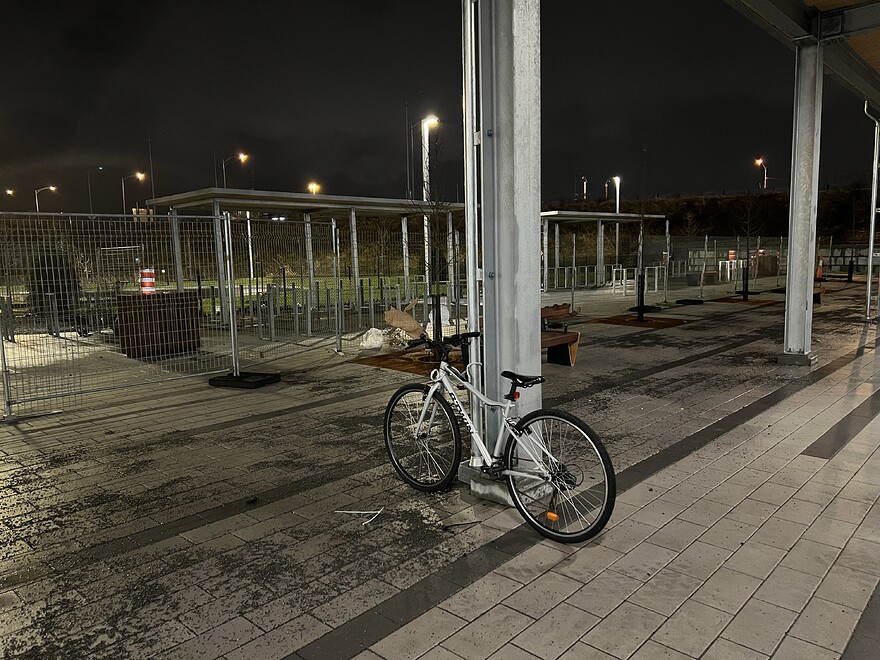 Because of the heavy winds today, a lot of the fences were knocked down, allowing easy access better photos of rue Philippines which has a TINY portion of sidewalk remaining on one side: On the other side some work is still needed to be done, I’m not sure what the black bags are: 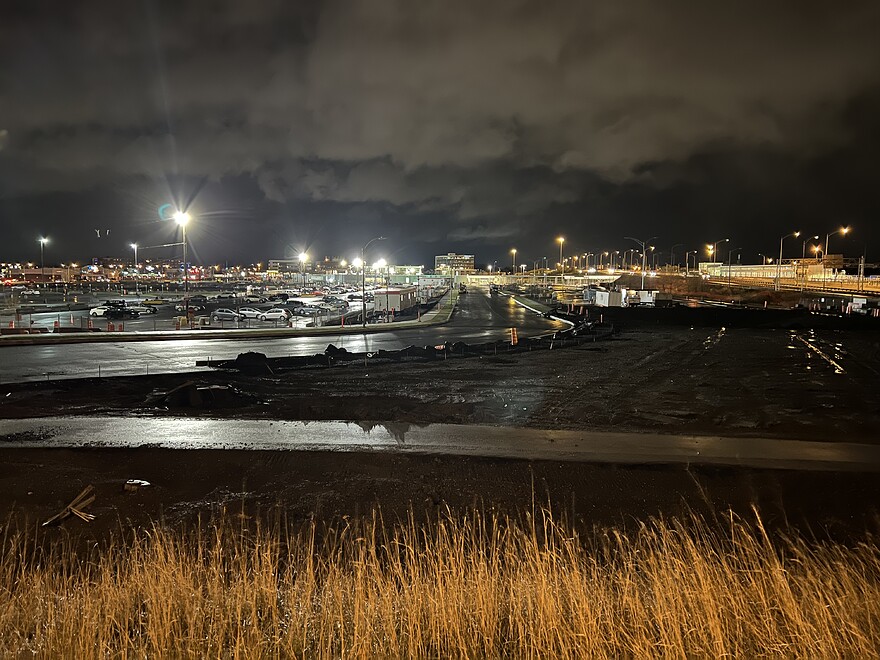 (sidewalk to it about to be made):