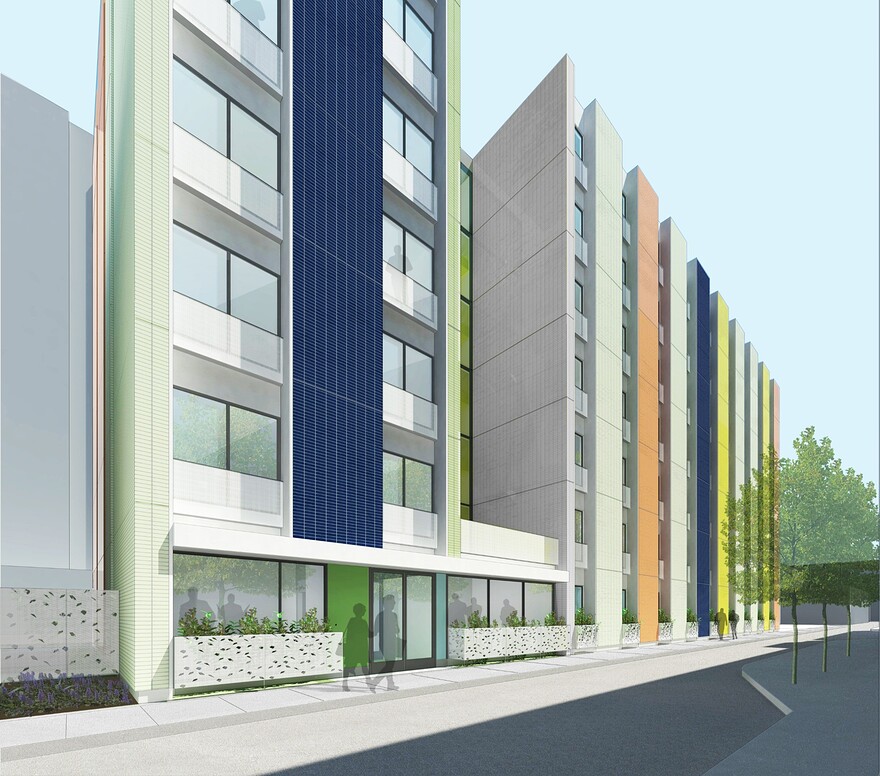 Le Christin is a 114 unit social housing project to be built in Montreal’s “Quartier Latin" in the heart of the downtown area. The project is a development by the SHDM intended to increase the social value of its housing supply and to expand community services that promote residential stability for people experiencing chronic homelessness. The project is in partnership with the Accueil Bonneau an existing organization providing for Montreal’s homeless. Accueil Bonneau’s mission is to accompany homeless people or people at risk of homelessness in their daily lives by providing the basic necessities for a better quality of life and well-being on their path towards social reintegration and housing stability.

The site on which Le Christin is located was originally occupied by the Riga Building. The Riga was built in 1914. It was notable for its early use of a reinforced concrete structure but it was this very innovation that led to it being demolished in 2019 due to its impending collapse as a consequence of improper and unrepairable steel reinforcement. The Riga had another remarkable characteristic in that it offered small bachelor flats, an unusual typology for the «Quartier Latin» where bourgeois houses were widespread.

Le Christin is a project with a budget of 11,2M$ before taxes. It is intended to be built for 3185$ per sq meter. One of the main challenges in designing Le Christin was to house a maximum number of persons within the limits of city regulations. To attain this goal, minimum size units were developed to house up to 138 persons. This is very much in the spirit of the original Riga building and also responds to the acute housing shortages for the homeless in Montreal.

Le Christin is located on a uniquely thin urban block in fact the depth of the building spans the entire block. As a result, the project has two public facades. The facade on rue Christin contains the building’s formal entrance whereas the facade on rue Savignac contains a tenant’s only entrance and bicycle storage courtyard. In order to contribute towards the animation of the streetscape, the ground floor contains the building’s public meeting rooms as well as individual gardens marking each of the living units.

​There are five types of units in the project setting up a variety of possible living situations. However, the vast majority of units are small studios which will be housing men. Accueil Bonneau has a tradition of taking care of homeless men. The other type of units are meant for people who are living together, and can be mixed genders. To respond to this condition, the building is divided in two sections, the eastern section not being accessible to the studio’s tenants. The project has to answer to CMHC current standards concerning accessibility and sustainability. (Minimum Environmental & Accessibility Requirements) which are higher than the NBC.

Drawing inspiration from the great Montreal colourist Guido Molinari the project’s colour scheme explores the sculpturization of a colour chord. The project’s vertical brick bands can produce both an abstract work of urban scaled art or a lively, filtered facade punctuated with “julliettes”, spaces from which tenants can partake of the world in a manner of their choosing. 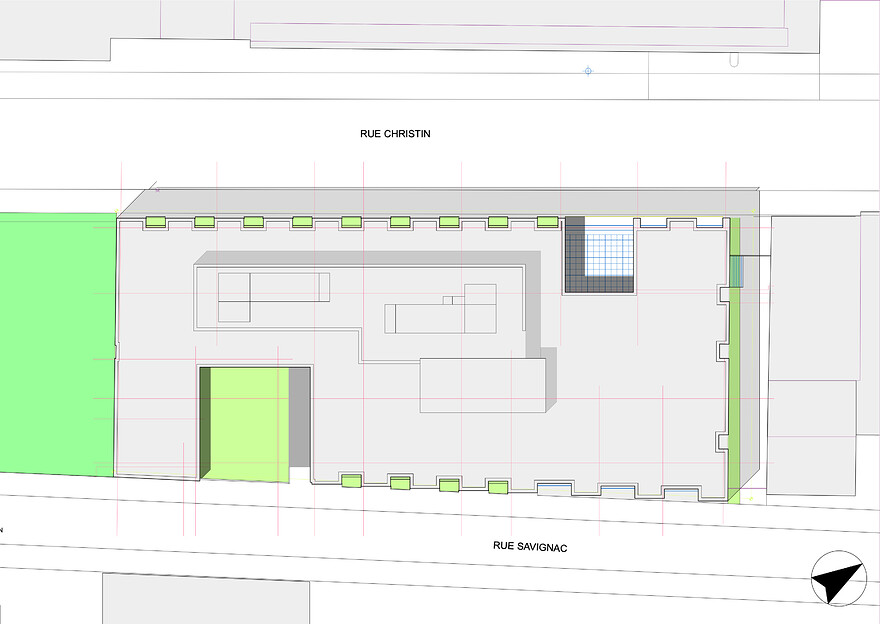 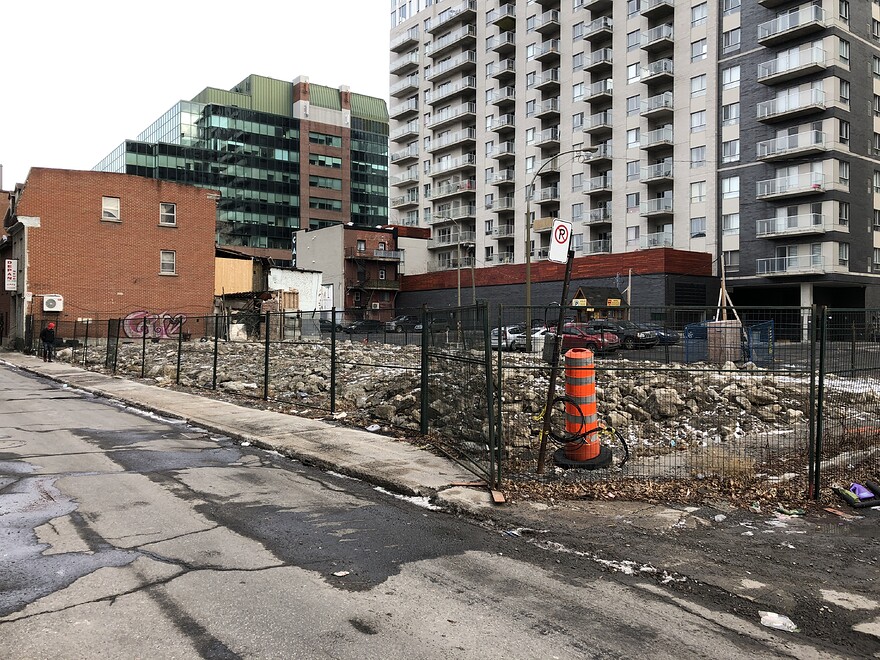 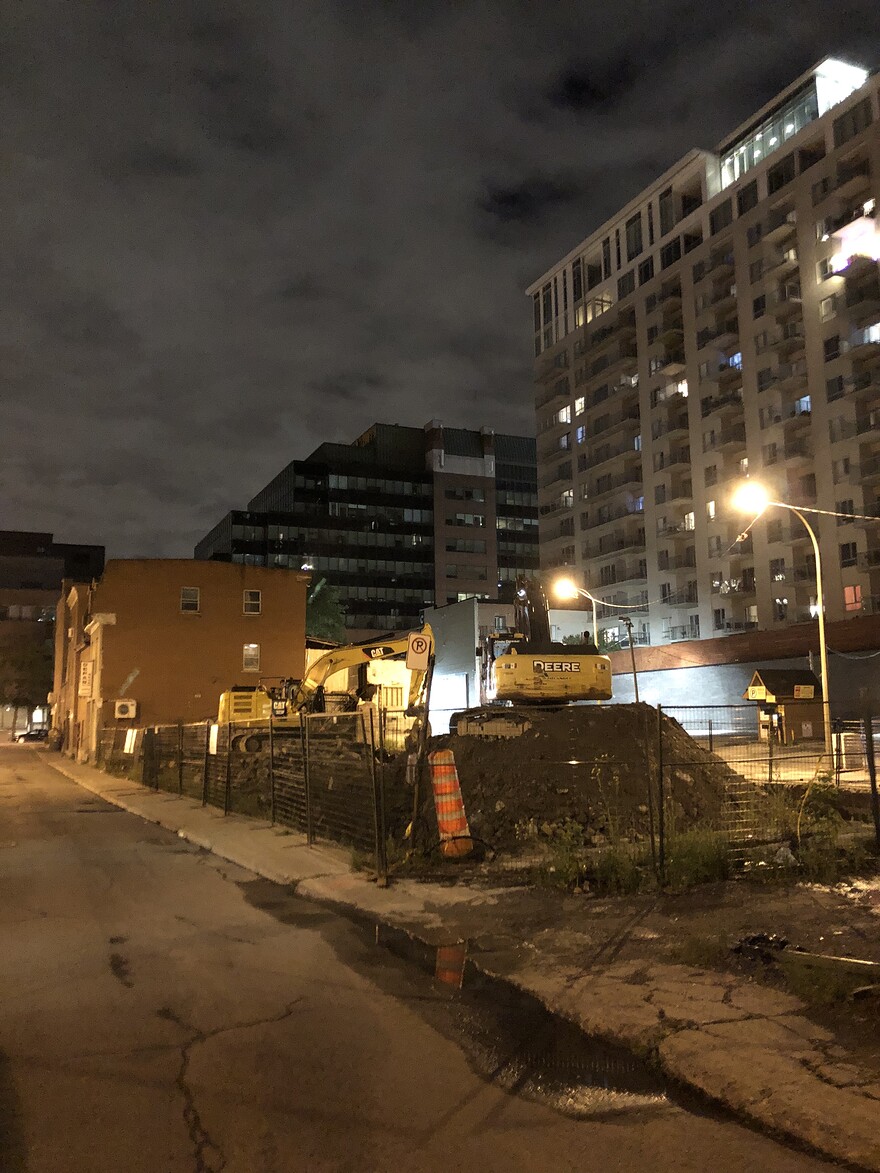 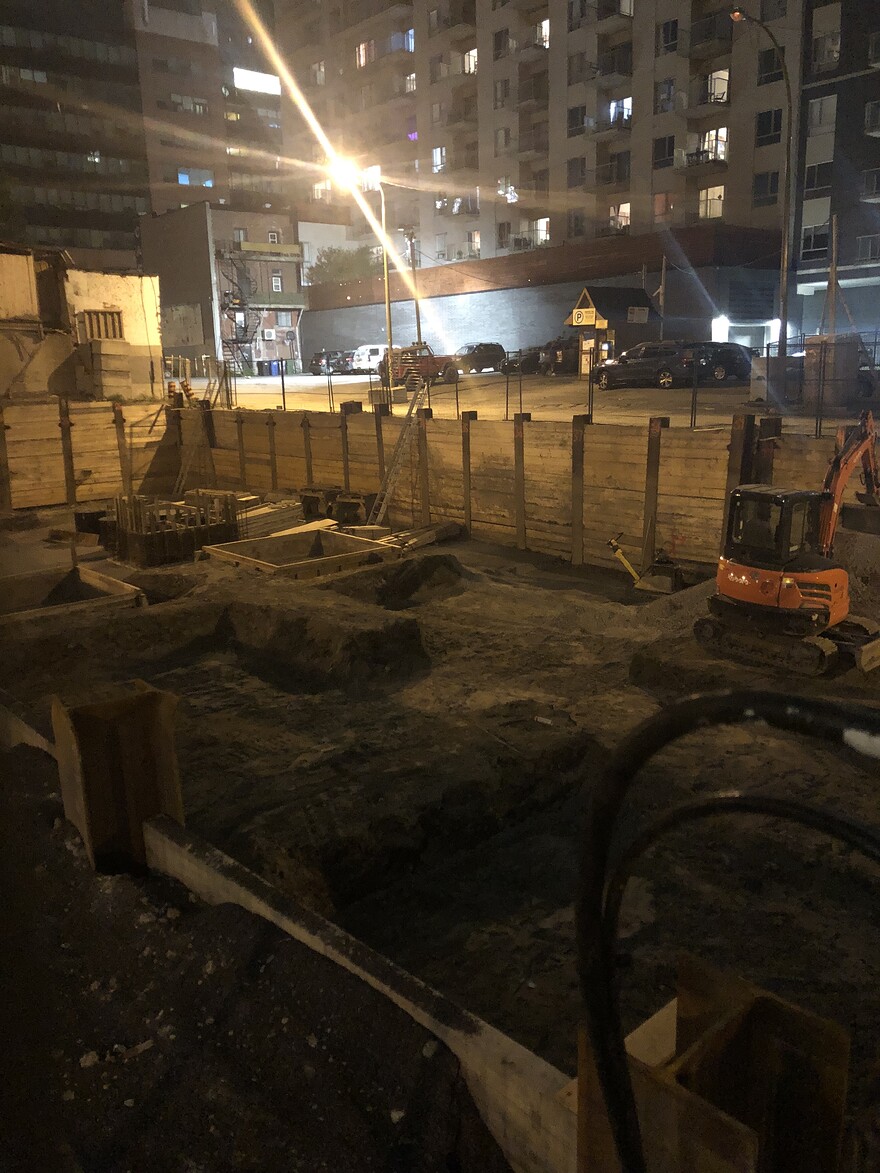 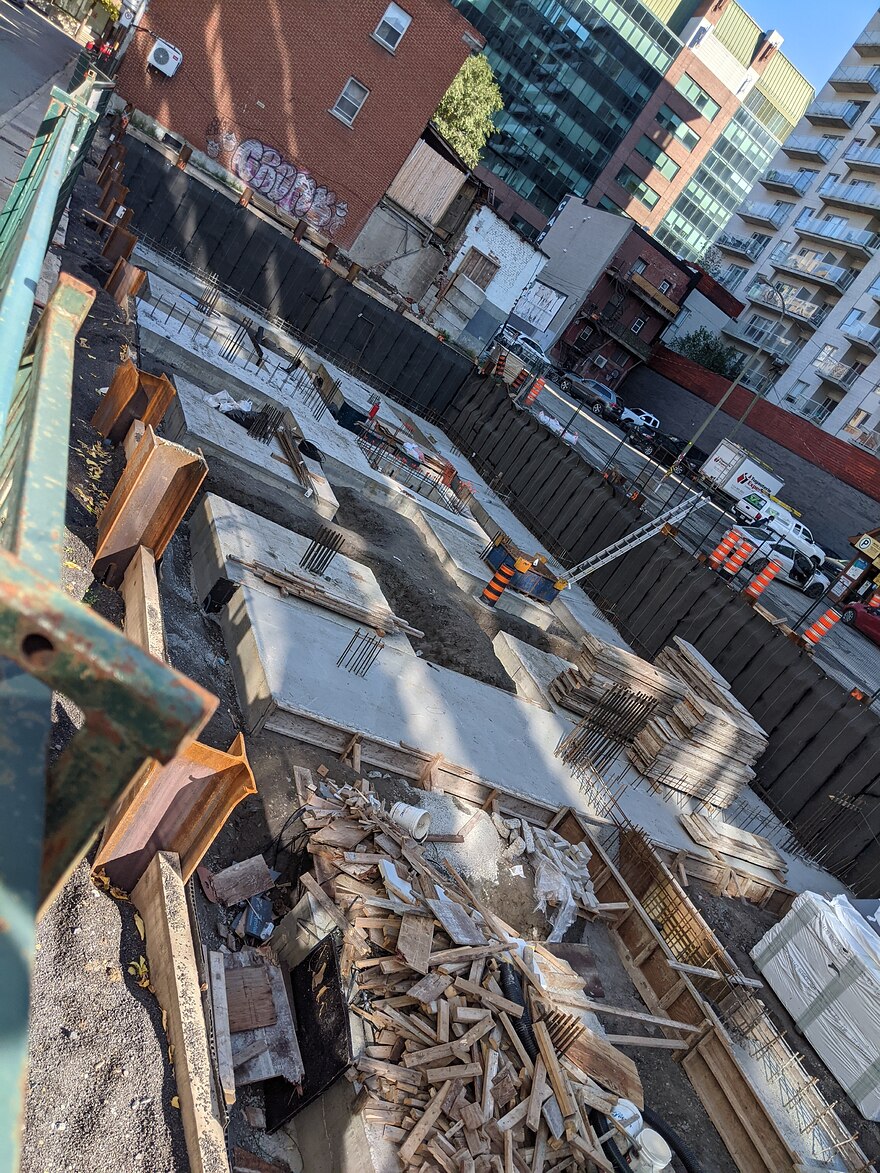 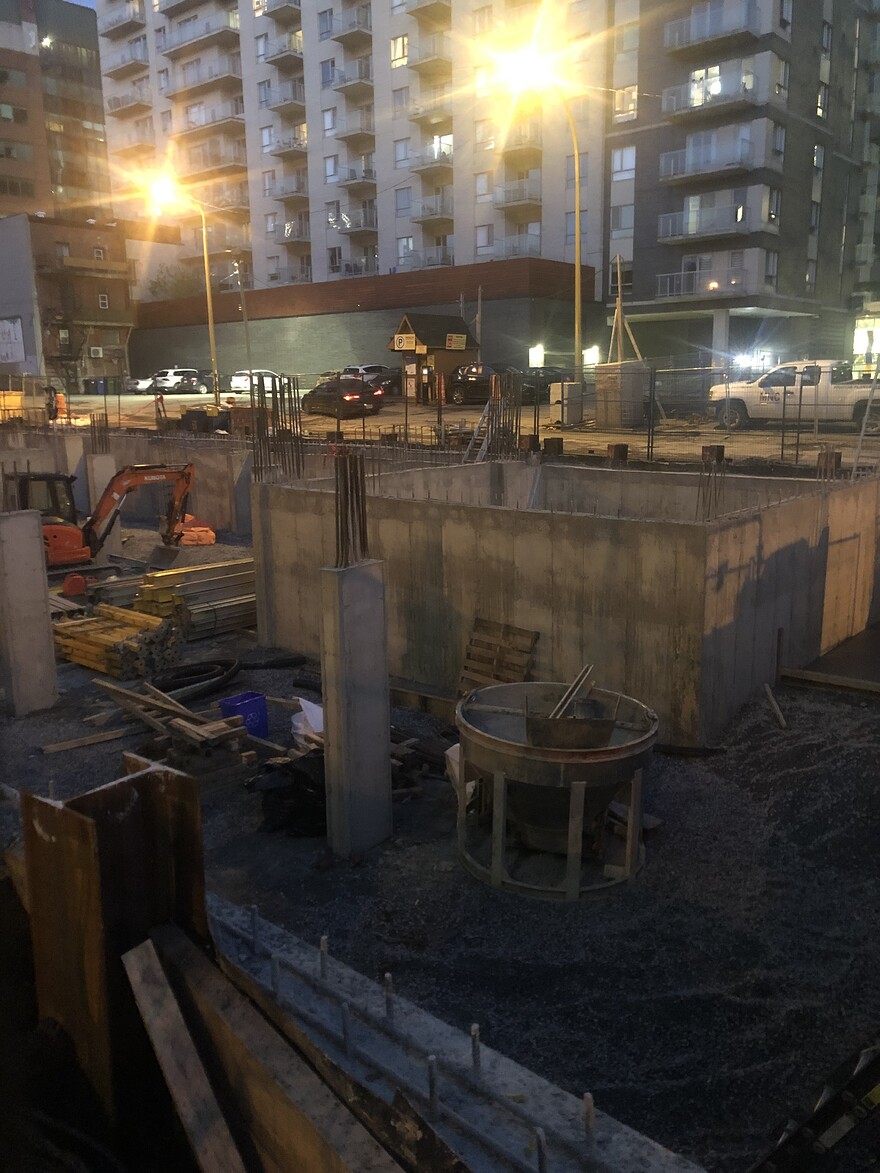