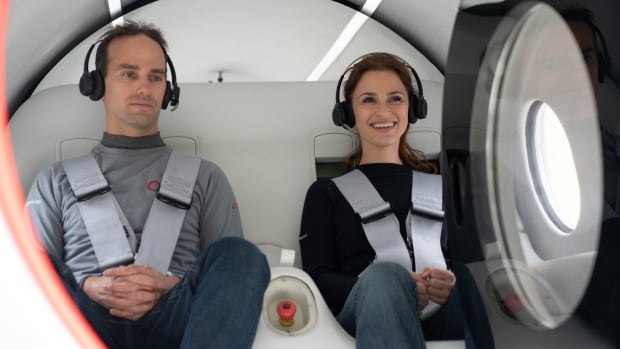 A Virgin Hyperloop pod is seen at their DevLoop test site in Las Vegas in this November 8, 2020, handout image released by the company. (via REUTERS)

“I had the true pleasure of seeing history made before my very eyes,” said Sultan Ahmed Bin Sulayem, chairman of Virgin Hyperloop and group chairman and chief executive of DP World.

Los Angeles-based Hyperloop envisions a future where floating pods packed with passengers and cargo hurtle through vacuum tubes at 966 km/h or faster. 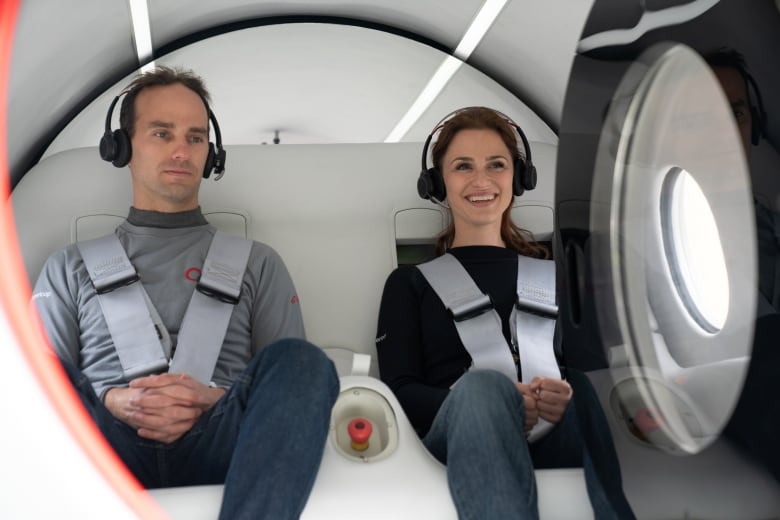 In a hyperloop system, which uses magnetic levitation to allow near-silent travel, a trip between New York and Washington would take just 30 minutes. That would be twice as fast as a commercial jet flight and four times faster than a high-speed train.

The company has previously run over 400 tests without human passengers at the Nevada site.

The test comes a month after Reuters first reported that Virgin Hyperloop picked the U.S. state of West Virginia to host a $500-million US certification centre and test track that will serve as a proving ground for its technology.

The company is working toward safety certification by 2025 and commercial operations by 2030, it has said.

Shocking news! In an incredible breakthrough for American mass-transit engineering, the transportation technology company Virgin Hyperloop this past weekend successfully moved two people 500 meters across the barren Las Vegas desert at a top speed of...

A more accurate but perhaps less flattering claim would be that my Honda Odyssey can travel at the fastest speed Virgin Hyperloop has yet attained, and with four times as many people riding in it.

Hell, for that matter, as a Twitter user helpfully pointed out, a freaking steam locomotive hit 126 miles per hour in England, 82 years ago, in 1938.