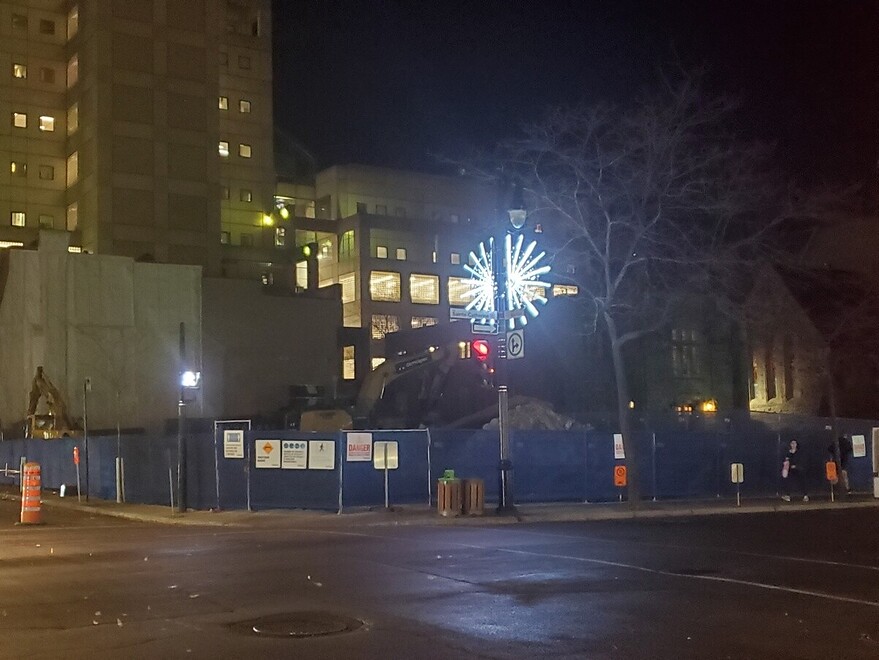 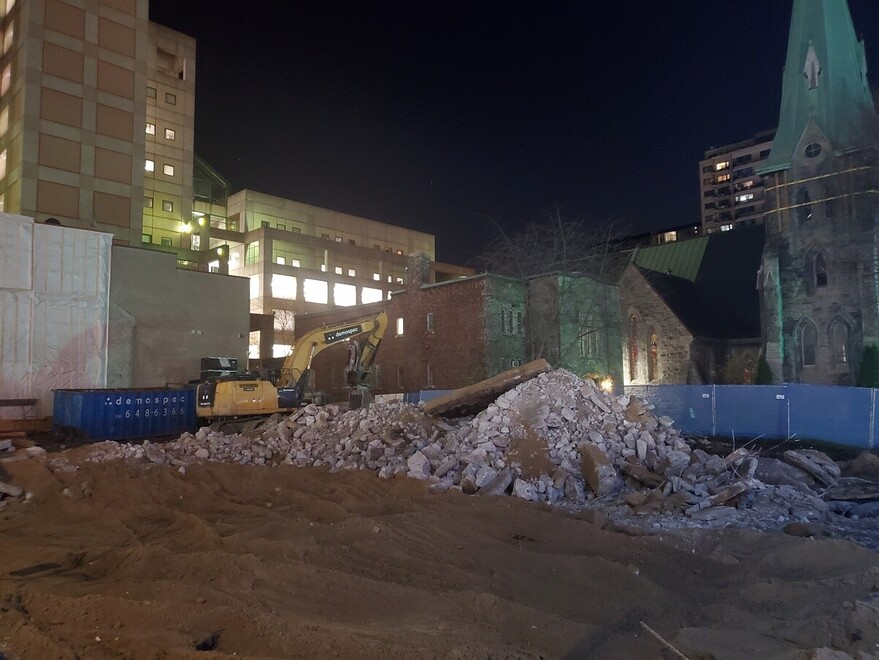 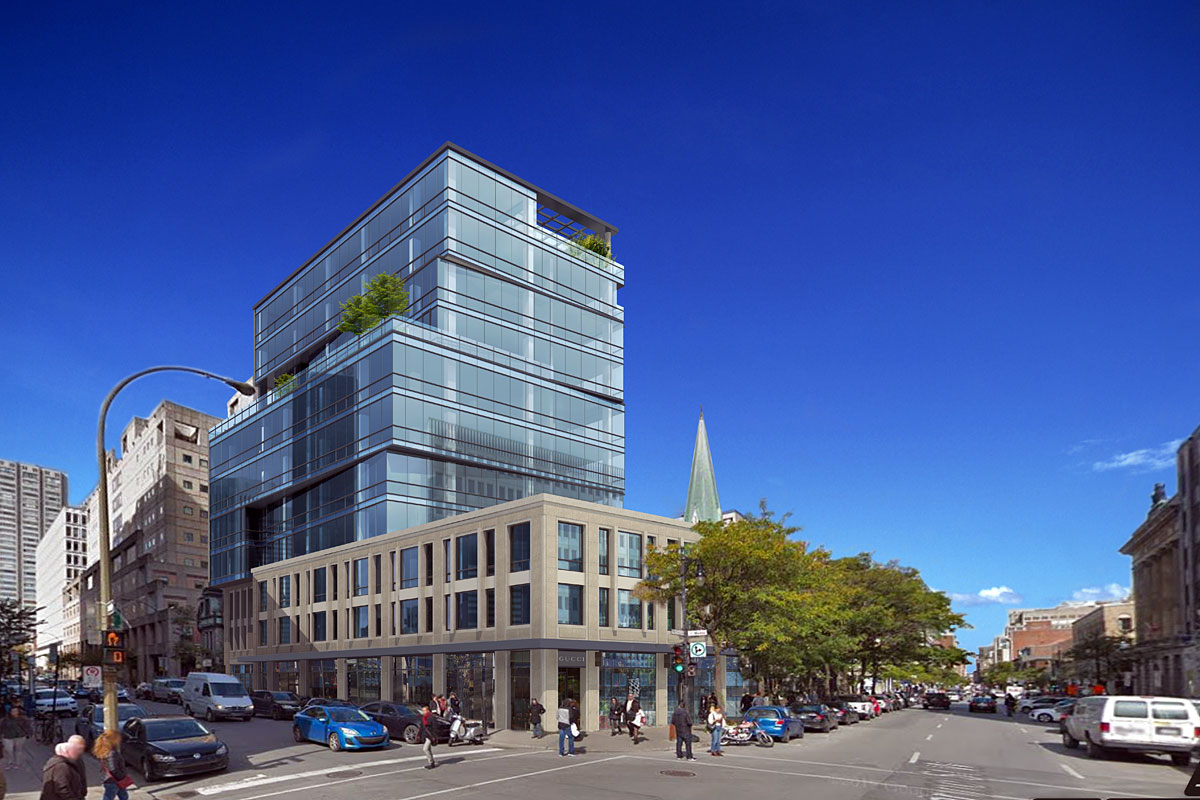 November 19th. This lot is ready for construction 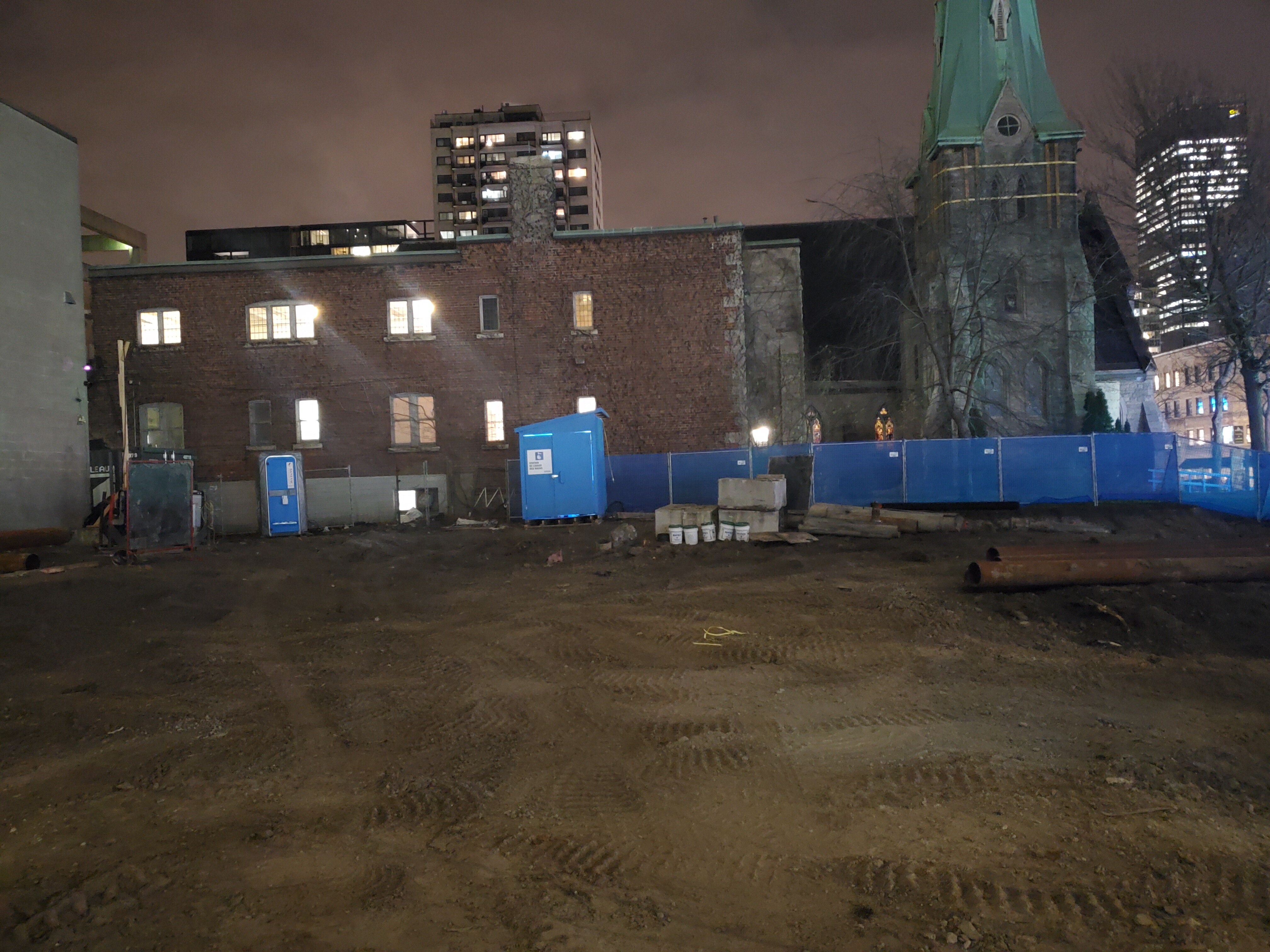 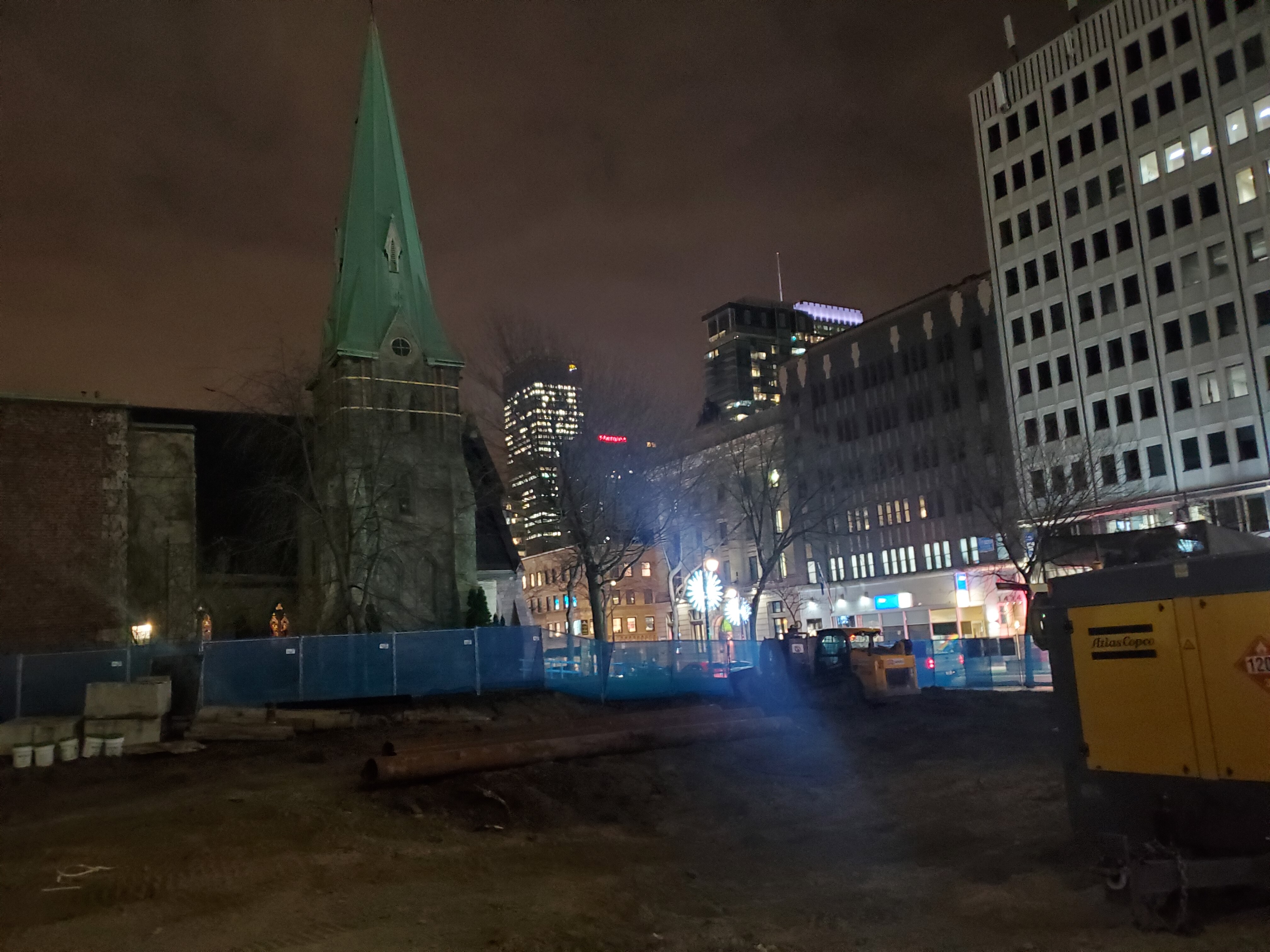 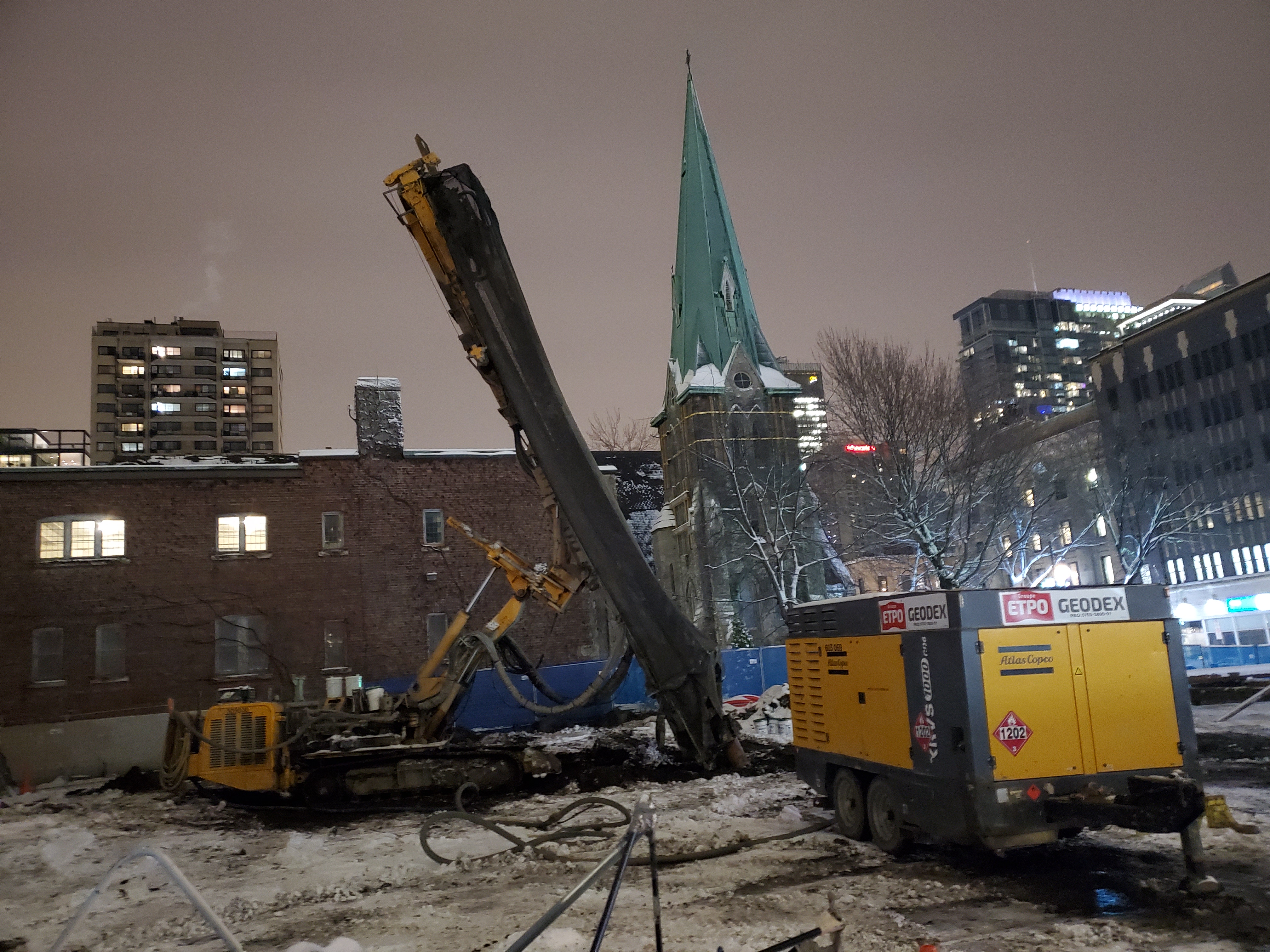 December 8th. Some level of excavation has already started on this site. 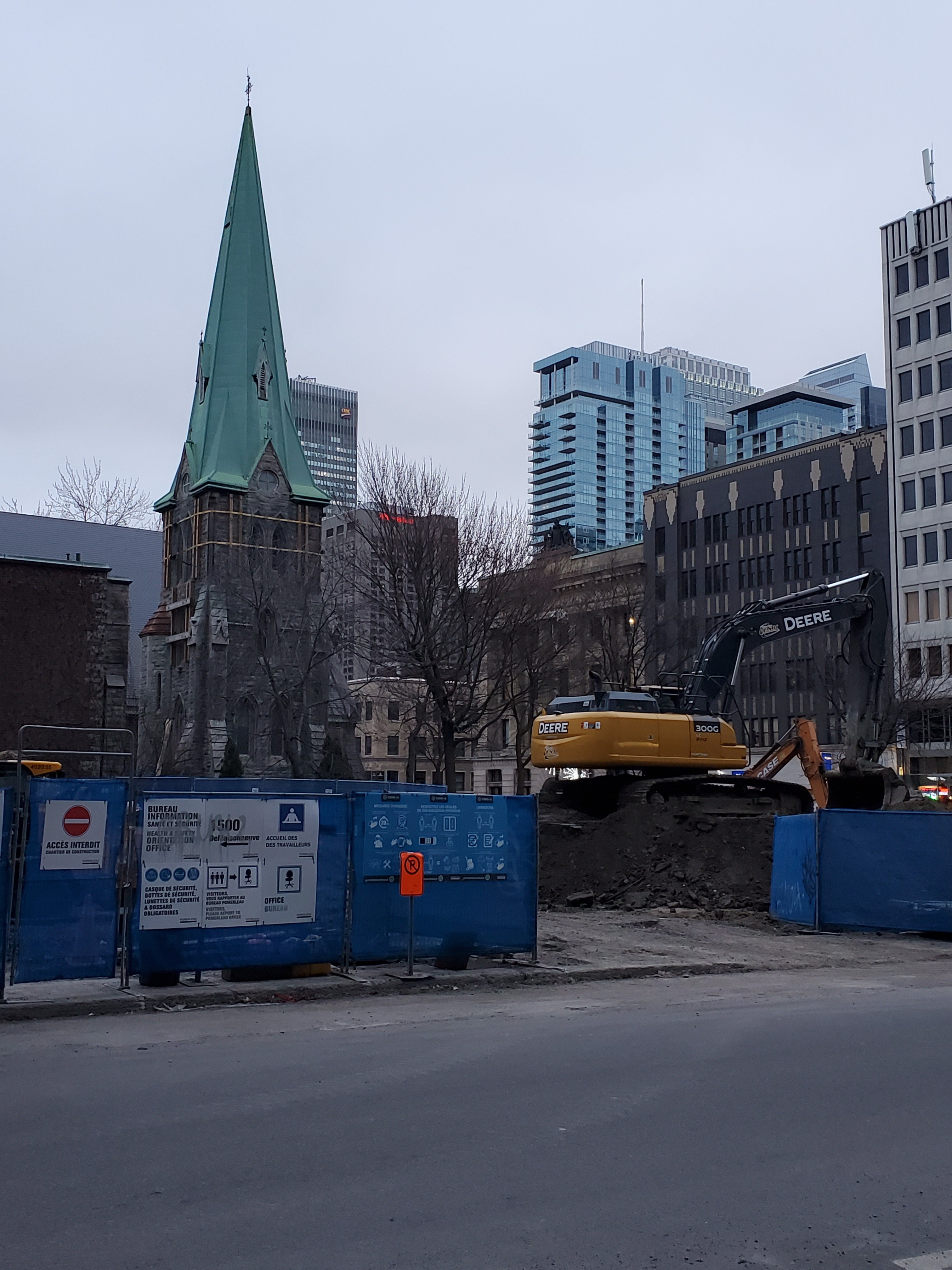 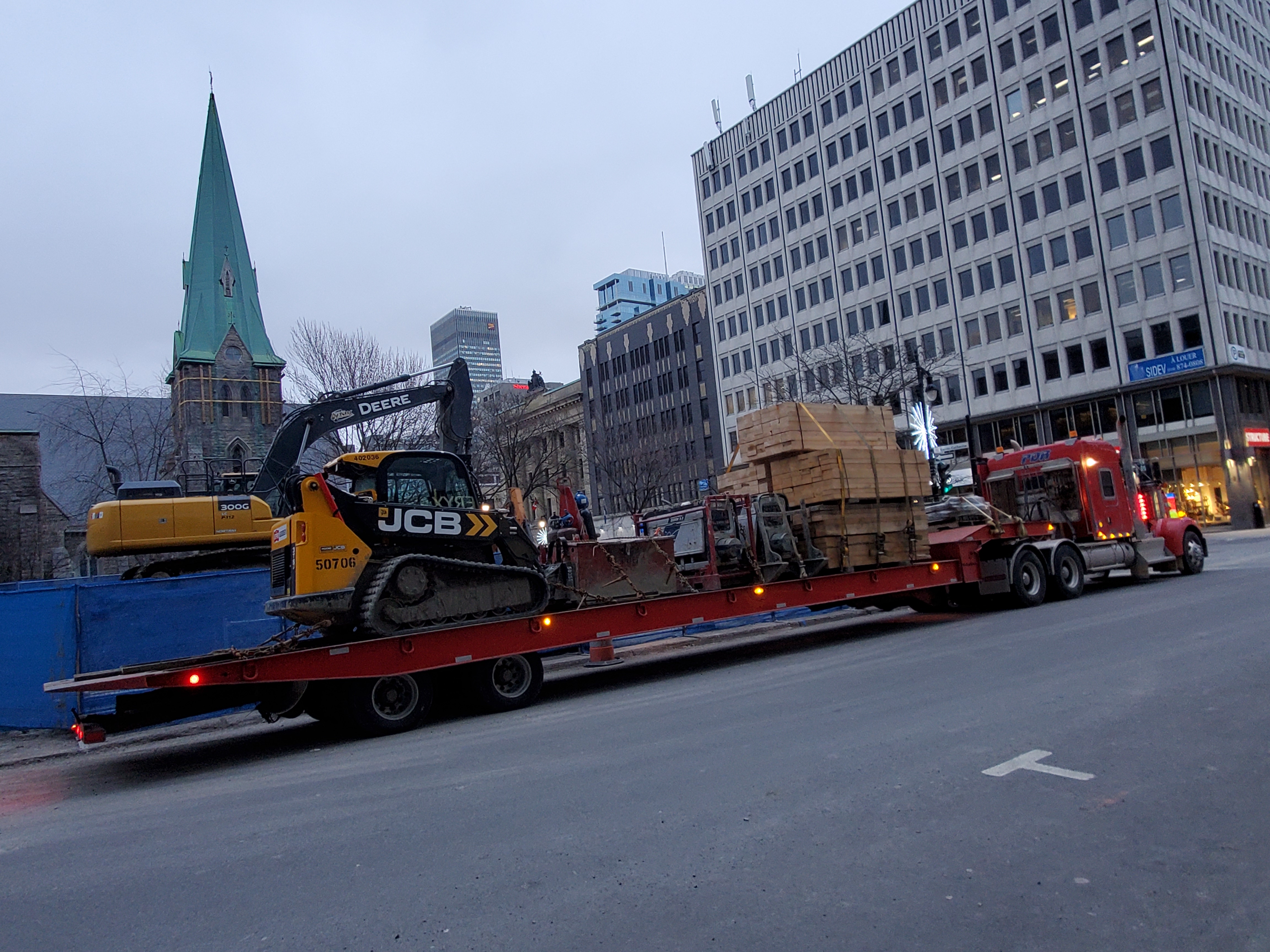 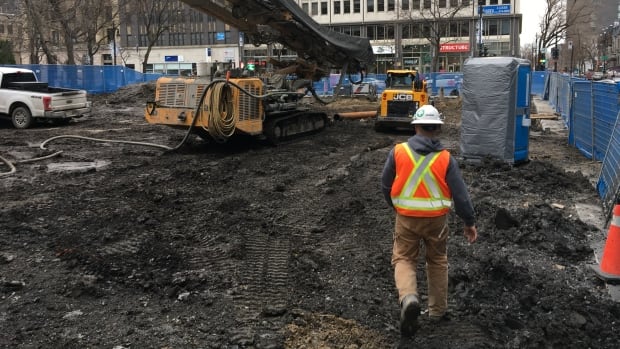 A patch of land in the heart of downtown Montreal was slated to become a much-needed green space, but when the city tried to expropriate the land, the owner of three of the four parcels fought the plan in court and won.

A patch of land in the heart of downtown was slated to become much-needed green space, but when Montreal tried to expropriate the land, the owner of three of the parcels fought the plan in court hard enough that the city gave up.

The six-year legal battle cost taxpayers nearly $3 million as, after the city withdrew its expropriation attempt, it was required to cover the developer’s legal fees and expenses.

Now an 11-storey residential complex with commercial space on the ground floor is going up near the corner of Ste-Catherine and MacKay streets, leaving people in the area wondering when they are finally going to get the park space they’ve been promised for years.

The 85-unit apartment complex is currently under construction next to St. Jax Anglican Church, where Graham Singh is the pastor.

“There’s no green space between Atwater and University along Ste-Catherine,” he said.

He said community groups and activists in the neighbourhood learned Montreal withdrew its expropriation bid back in March, but no new, alternative park plans have been presented since then.

“It’s kind of disappointing that we lost the opportunity for a green space,” said Maryse Chapdelaine of the Peter-McGill Community Council, a neighbourhood advocacy organization.

“There’s a sharp lack of green spaces in our neighbourhood.”

She said everybody was excited when the borough announced the plan to open a park at that corner so many years ago.

Every time Chapdelaine’s community group and others went to ask the borough council about the matter in the years that followed, she said, they were told that no information could be divulged due to legal reasons.

And now, even though the case has been settled since March, the borough’s district councillor, Cathy Wong, is refusing to comment.

When CBC Montreal contacted her by email, a centre city spokesperson replied, saying no elected officials will speak on the matter.

The story began under former Mayor Denis Coderre, but the party that followed in his footsteps, Ensemble Montréal, is also refusing to be interviewed on the matter or provide any details on the court case.

The owner of the three of the four lots the city tried to expropriate is Immeubles Prime Inc. The developer has had several court cases against the city over the years, CBC Montreal has learned.

The company did not respond to several requests for comment.

However, city spokesperson Anik de Repentigny did provide a basic timeline of events in an emailed statement.

The Ville-Marie borough council decreed in October 2014 that the four lots were reserved for park development at the northeast intersection of Mackay and Ste-Catherine and that reservation was renewed again two years later, she said.

By 2016, negotiations weren’t going well and the city decided to expropriate the land. Public documents show roughly $10.7 million was set aside to cover the cost.

But the court challenges led to long delays, suspending the expropriation and thwarting the city’s project, de Repentigny said.

Concerned about the cost of an extended court battle, the city reached a settlement.

That came out to $2.5 million in capital, plus $481,654 in legal and expert fees that went to Prime. The city council then approved this expenditure in March, paying the developer.

The developer has since had a permit approved for its mixed-use development as it did not require a zoning derogation and the city has set its sights on building a public square in the area.

That project will encourage citizen participation in the planning process, she said, without providing details.

“Despite everything, creating new green spaces in the city centre remains at the heart of the priorities of the Ville-Marie borough and the city,” de Repentigny said.

December 8th. @SkahHigh I believe this could be moved to projects under construction 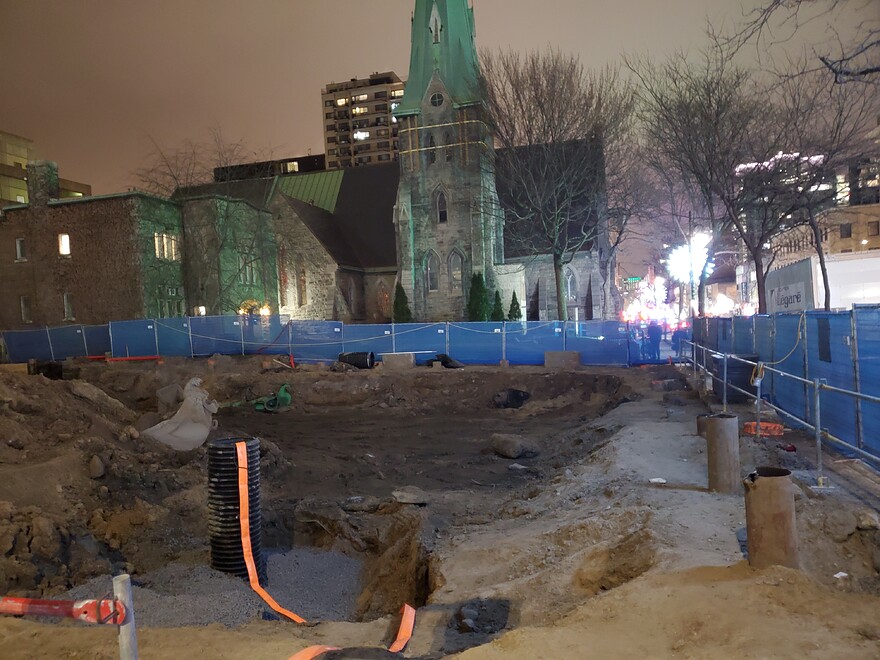 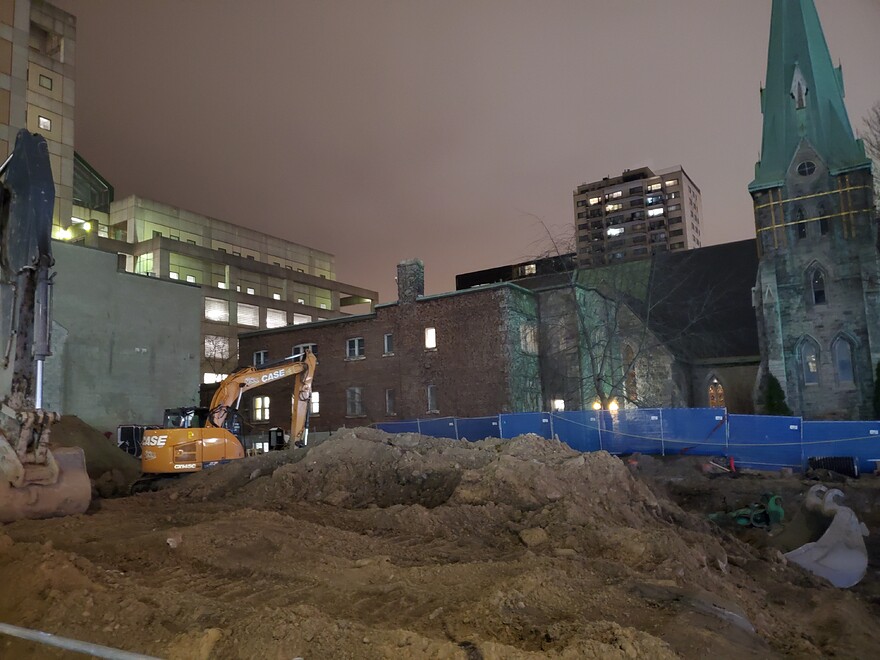 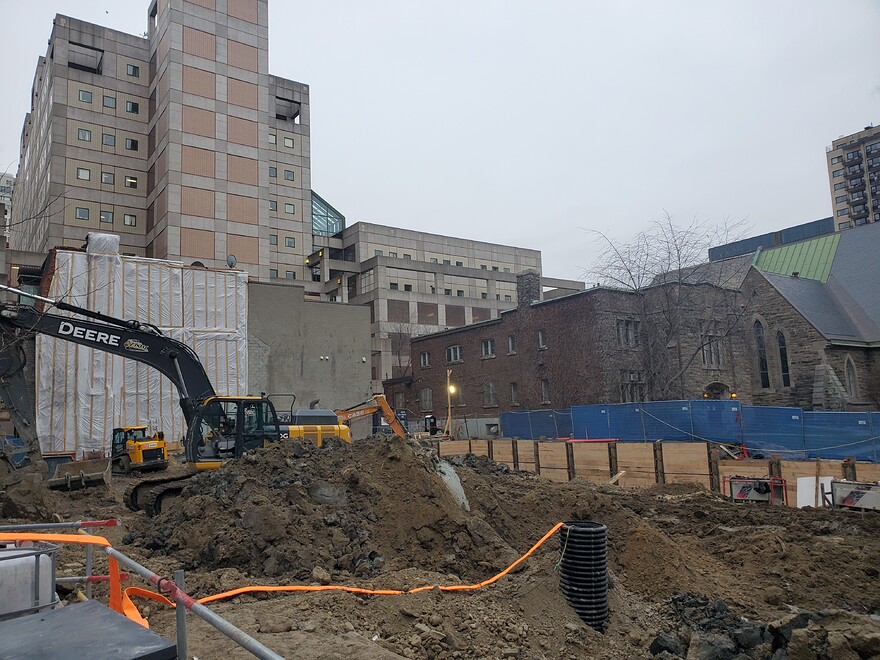 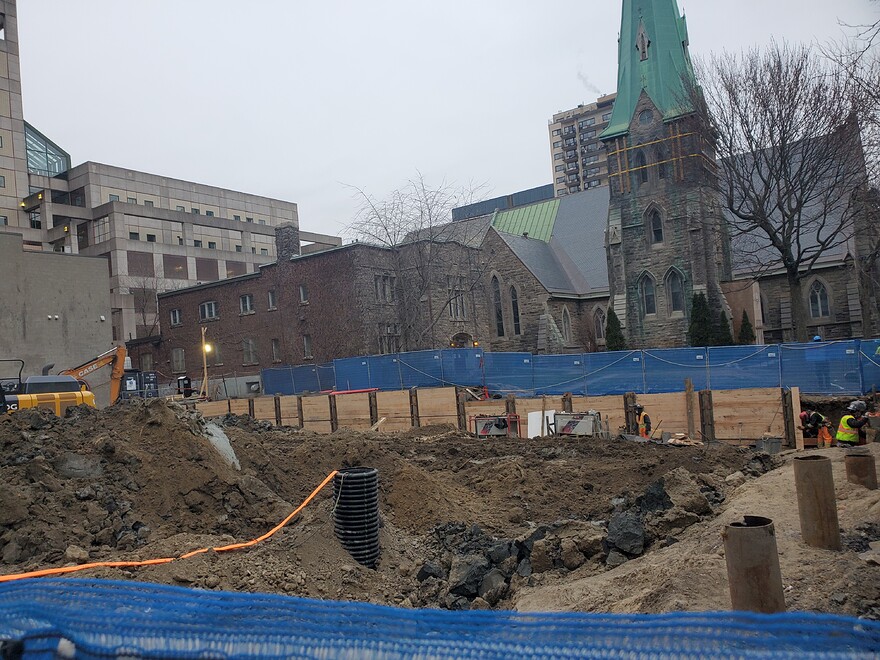 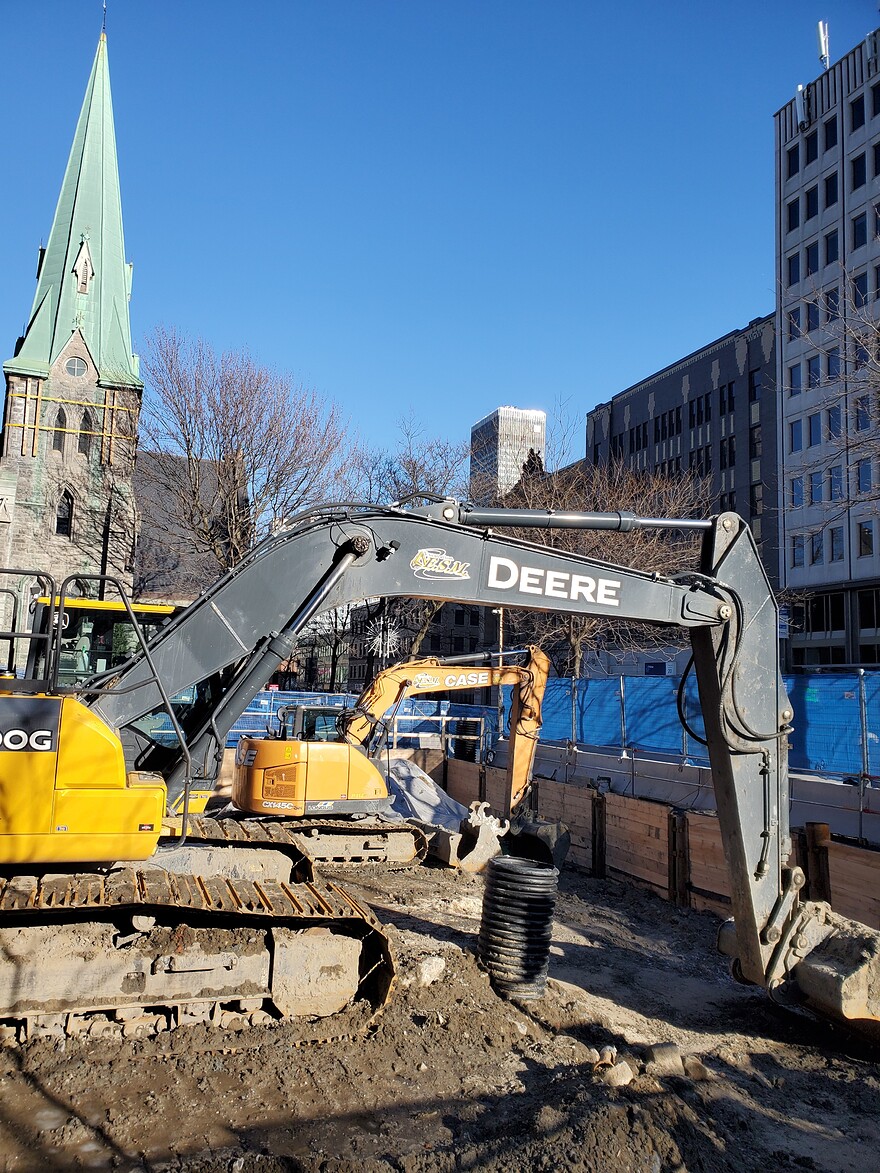 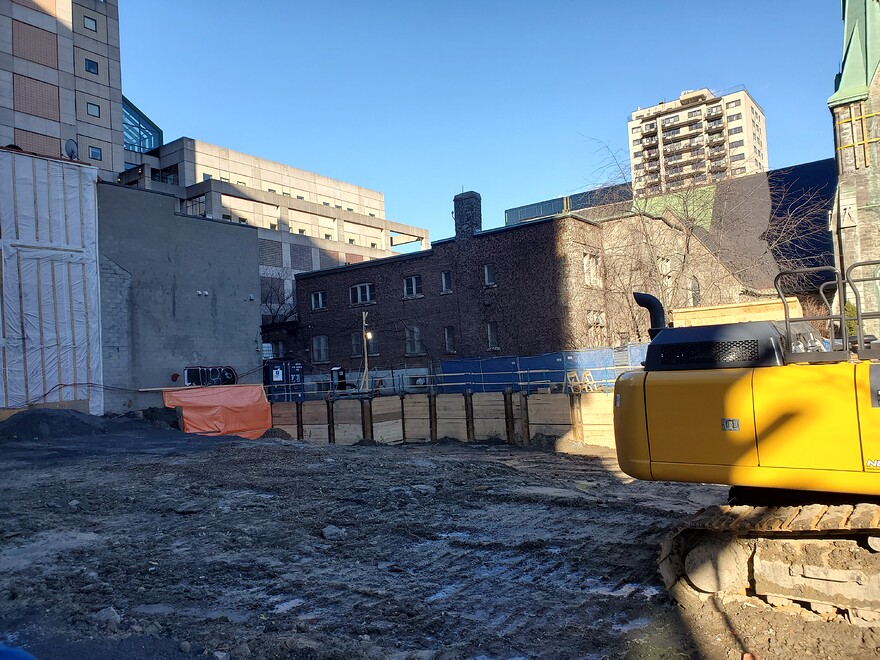 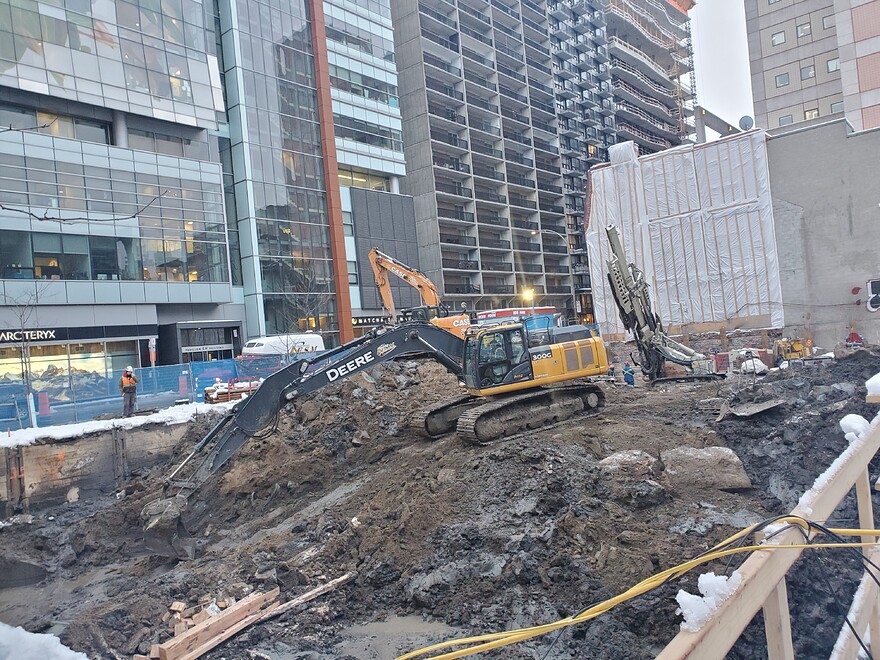 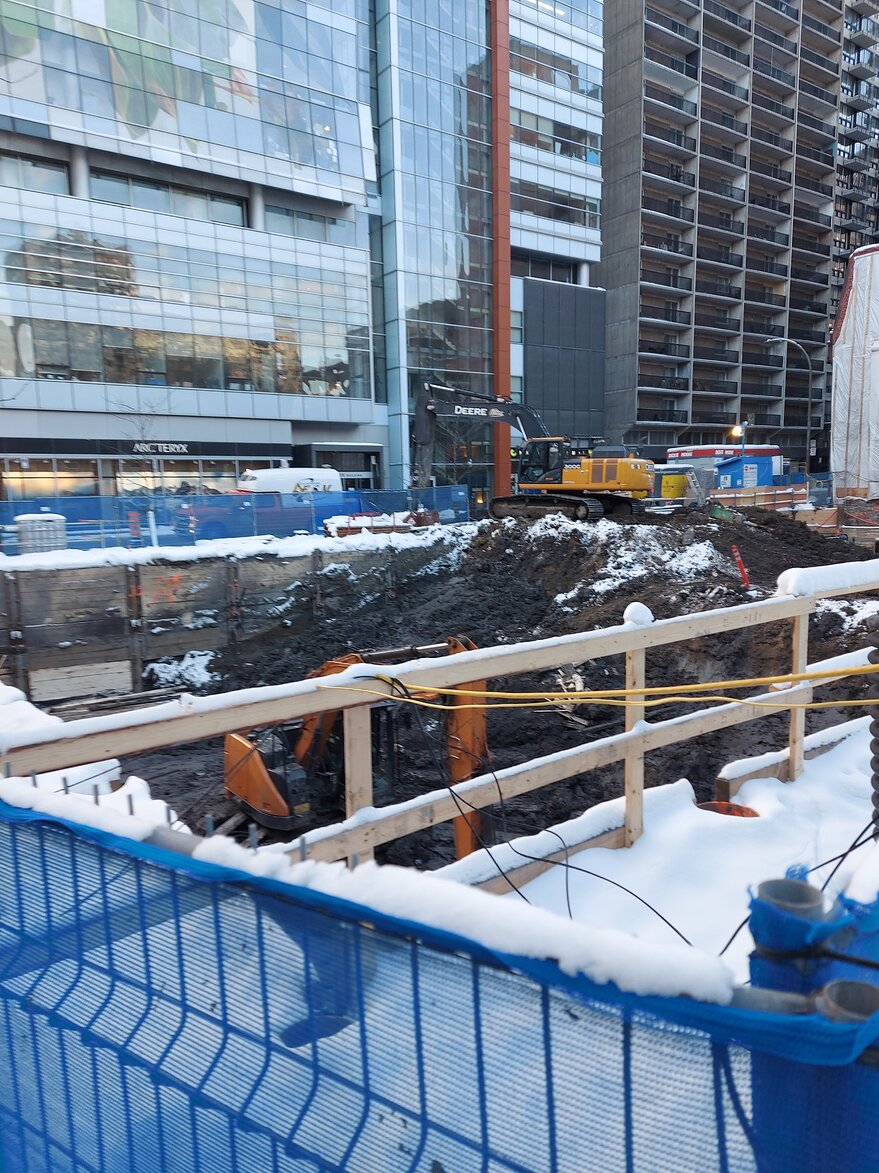 February 10th. I am not 100% sure, but I believe what is covered is the base of the future crane. 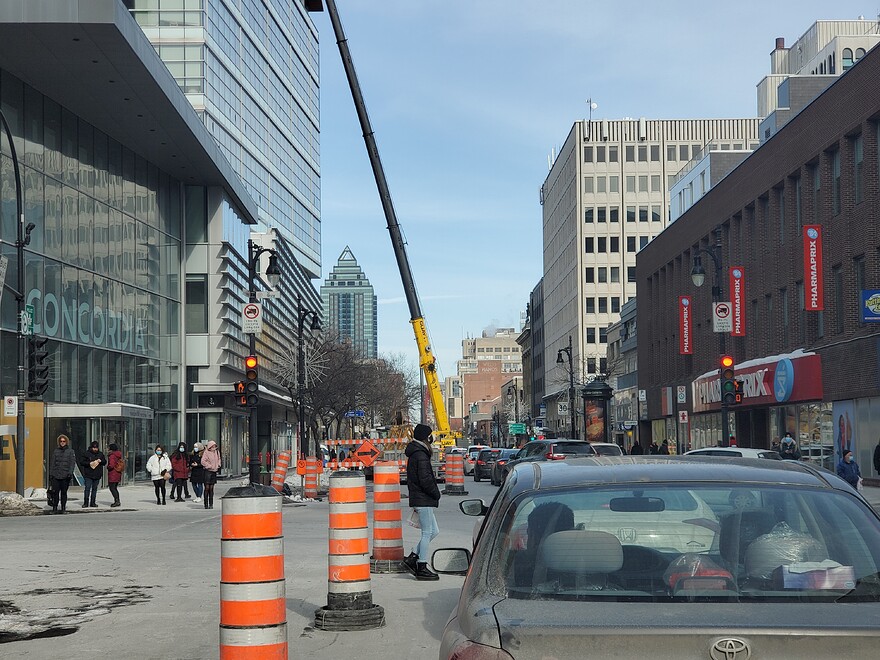